Green Technologies Are No Keystone for Pennsylvania

[Editor’s Note: Green technologies may seem politically correct in a ‘woke’ world but they offer next to nothing for the Keystone State compare to gas.]

Those offering “green” energy as an economic therapeutic for Pennsylvania are modern sellers of snake oil who ignore realities of physics and people’s needs.

In January, the Political Economy Research Institute “reimagined” Pennsylvania in a 135-page document that proposed spending billions of dollars on so-called renewable energy to restore the state from the Covid pandemic. Three months later, a Philadelphia Inquirer editorial advised the state to “manage the decline” of the natural gas industry while investing in “high-paying green union jobs” to make up for lost employment in fossil fuel production. 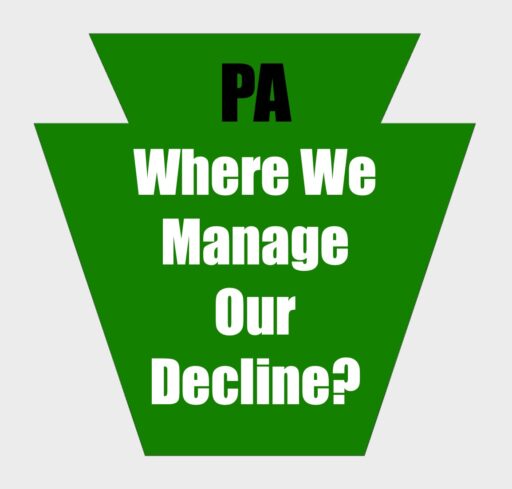 The shallow view of the Philadelphia Inquirer Editorial Board where “a group of journalists who work separately from the newsroom to debate matters of public interest” suggest the Keystone State should abandon what saved its economy for a fantasy future.

Before the Keystone State gets itself “reimagined” into anything, policy makers better consider certain facts of life that are overlooked at great risk. Some are laws of physics outlined in a Manhattan Institute analysis aptly titled “The ‘New Energy Economy’: An Exercise in Magical Thinking.”

Over 30 years of operation, $1 million invested in a shale gas rig will produce six times as much electricity as an equal amount invested in either wind turbines or solar panels, Mills says.

The potential for batteries is at least as bleak. “It would require 1,000 years of production (at the Tesla Gigafactory) to make enough batteries for two days’ worth of U.S. electricity demand,” Mills says.

Such are the natural limitations of sunshine, wind and materials — realities seemingly as unyielding as gravity.

Then there is pesky, old economics. People need affordable, plentiful energy to thrive. Never has humanity flourished as it did once coal replaced wood during the Industrial Revolution of the 18th century. The transition to more energy-dense fuel continued with the introduction of oil and natural gas. Nuclear fuel is many times denser yet. Switching to “green” technologies would be a first-of-a-kind widespread adoption of sources with lower energy densities.

The continued need for fossil energy has been underscored by Raj Kumar Singh, India’s minister for power. Achieving the much ballyhooed “net zero” carbon emissions “is just pie in the sky,” said Mr. Singh.

“(Y)ou have 800 million people who don’t have access to electricity. You can’t say that they have to go to net zero. They have the right to develop, they want to build skyscrapers and have a higher standard of living. You can’t stop it,” he said.

Which brings us to Pennsylvania’s natural gas industry and its thousands of jobs, billions in profits and tax revenues and lower energy prices. The day the Inquirer presaged the death of this golden goose, the Pittsburgh Business Times reported record prices for natural gas liquids — a lucrative byproduct of gas production:

“Range Resources Corp. saw the highest average premium it has ever received for a barrel of natural gas liquids (NGLs) in the first quarter, a strong sign for the big Marcellus Shale producer as it gets set for an increase in capacity on the Mariner East (pipeline).

“Range has extensive contracts and business in NGLs, which include ethane, propane and butane. It sends the NGLs from the Marcellus Shale production in southwestern Pennsylvania to a processing plant in Houston, Pa., and then ships it to Marcus Hook in eastern Pennsylvania via the Mariner East.”

From what alternate universe is the Inquirer playing a funeral dirge while one of Pennsylvania’s producers is benefiting from greater demand for its products?

“There is a very strong market for NGLs domestically and internationally,” says Joe McGinn, Vice President of Public Affairs and Government Relations for Energy Transfer Partners, owner of the Marcus Hook Industrial Complex south of Philadelphia. “An important point for understanding NGL markets is that even if you went to 100 percent electric vehicles tomorrow, it would do little to diminish demand for NGLs because they are needed in the production of petrochemicals.”

“Trades people report that they consider projects in oil and natural gas to have better perceived wages, benefits, and opportunities than renewables projects,” according to a 2020 report published by North America’s Building Trade Unions. “They also report that the oil and natural gas industries offer projects with longer durations than those in renewables industries.”

Pie-in-the-sky, magical thinking of the “greens” is recklessly ruinous and should be rejected by policy makers.Green Technologies Are No Keystone for Pennsylvania

Gordon Tomb is a senior fellow for the Commonwealth Foundation, a Pennsylvania-based, free-market think tank.