An article in the Greenfield Recorder (Massachusetts) provides insights into the shallow reasoning of fractivists, especially those of the extremist bent.

One of our readers sent recently sent me a link to an opinion column from the Greenfield, Massachusetts Recorder. Headlined as “My Turn: ‘No justification for new fossil fuel infrastructure’,” it opposes any new natural gas distribution lines to help area residents heat their homes. It was, in a word, ridiculous and not worth addressing except for the fact the woman who authored the piece,  Montserrat Archbald, is active in the community and sadly appears to have influence. Whatever Ms. Archbald’s merits, her reasoning is shallow at best; a naive attempt at lecturing the rest of us on her virtues despite the lack of facts to support her views.

Those views are provided below, but a first a word or two about Greenfield. She lives on the outskirts of the city and doesn’t appear to aware of the facts revealed in the following chart displaying how Greenfield residents heat their homes: 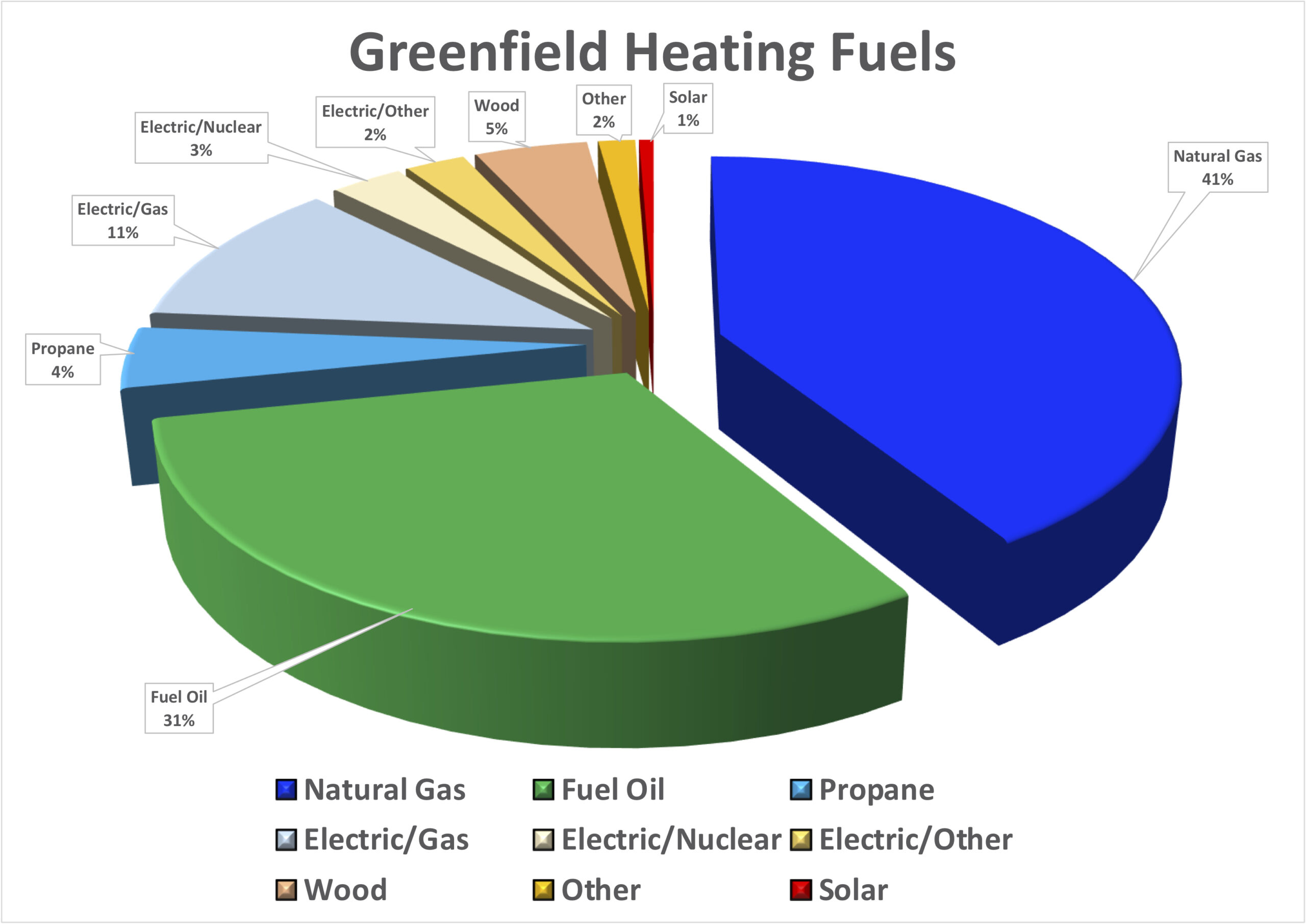 The data comes from two sources; the Census Bureau’s American Community Survey for 2019 and ElectricRate.com, a site that conveniently summarizes data from the Energy Information Administration. The former tells what heating systems are used in Greenfield homes and the latter provides a breakdown of how electricity used in Massachusetts is made. Combining this data yields the above chart showing exactly where Greenfield heat now comes and a staggering 88% of it comes from fossil fuels! Moreover, 56% come from natural gas or propane probably derived from natural gas.

Now, with these facts in mind, read what Ms. Archbald asserted with no factual foundation and take note of the parts I’ve highlighted:

If you crossed the Coolidge Bridge on Friday, July 30, you may have noticed three women dressed in bright red robes dancing in the center of the roundabout and a group of people holding signs on the sidewalk. This was a protest against Eversource organized by Extinction Rebellion Western Mass (the dancers were part of XR’s signature Red Brigade). Simultaneous protests took place in Boston and Hartford.

People in Massachusetts understand the urgency of making a just transition to renewable energy, and our state has pledged to do so. Eversource, a utility company serving New England, recently bought Columbia Gas and continues to push fossil fuels while making claims about its commitment to sustainability and racial and social justice.

Fracked gas consists largely of methane, whose warming effect on the atmosphere is 80 times more powerful than carbon dioxide in the first 20 years. The process of extracting underground gas has devastating negative effects on the surrounding land and water, and its transport is extremely dangerous. (You may remember the series of explosions in the homes of Merrimack Valley Columbia Gas customers in 2018.)

The people most at risk from pollution and climate change are invariably low-income communities and communities of color. Eversource has new pipeline projects planned for Agawam and Longmeadow. There is proposed legislation to address these issues: An Act Promoting Local Energy Investment and infrastructure Modernization (S. 2144 and H. 3265), and An Act to Protect Ratepayers (Bill H.3259/S.2143); both are championed by state Sen. Jo Comerford and Rep. Natalie Blais.

Eversource needs to admit that fossil fuels have no place in our energy system and stop pretending that “natural gas” is a solution and not another fossil fuel. We are already living in a climate emergency. There’s no justification for new fossil fuel infrastructure, especially not in environmental justice communities.

This is unadulterated demagoguery and by that I mean it is childish nonsense from fractivists who are typically the spoiled children of wealth. When Archbald throws in the false notion that communities of low income and color are the victims of fossil fuels, that’s the tipoff. The low income communities of color most hurt by energy are those who don’t have enough of it. And, those forced to mine rare earth minerals unseen across the ocean under horrible conditions to make solar panels shipped here to cover thousands of acres of land with highly inefficient generators that only work when the sun shines and cannot be depended upon to do so when we need the electricity. No, natural gas is needed when energy must be dispatched on a moment’s notice.

Archbald simply ignores all of this, suggesting the future is in solar panels that only heat 1% of homes and depend, one way or another, on natural gas for backup as well as unending government subsidies. She brags about a “Red Brigade” of dancers with nary a concern this was the name of an Italian extremist terrorist group responsible for murders, kidnapping and sabotage. One wonders if she wears a Che Guevara shirt, too. She certainly adores the Extinction Rebellion, a trust-funder operation supported by renewable energy investors who want to take over the world after they’ve robbed everyone. Marxism and cronyism, as usual, go together like horses and carriages in her world and the phony “climate emergency” is the excuse. What a cruel joke on reality.

Our reader offers some keen observations of her own on the Greenfield Recorder op-ed:

The new infrastructure this writer argues against is actually a replacement project to replace an aging pipeline system serving 50,000 plus customers. The author obviously has no clue where energy comes from. I guess she imagines wishful thinking and climate outrage can heat homes, warm our water and cook our meals. Incidentally, New England ISO right now reports that 66 percent of the electricity serving New England at the moment is generated from natural gas.

Amen! Ms. Archbald is as clueless as it gets. She’s not clueless about her true objectives, which are to use global warming as a tool to turn capitalism upside down, but what she doesn’t realize is that the alternative she is indirectly supporting by doing its dirty work—that is to say Marxist cronyism—is far worse.