Grinches Are the Face of the Miserable Climate Cult

Grinches Are the Face of the Miserable Climate Cult

[Editor’s Note: Grinches abound on the left and especially among climate cultists who aren’t happy unless they’re killing joy and demanding we all share in the misery they love.]

The dictionary definition of grinch is a grumpy person who spoils the pleasure of others. For millennials like me who watched a lot of Hollywood movies, the Grinch is a funky-looking green creature who kills Christmas joy.

Now we have the environmentally “green” grinches – climate activists and politicians among them – who put their restrictive energy policies and vegan preferences above your enjoyment of socio-cultural practices and even above your health. 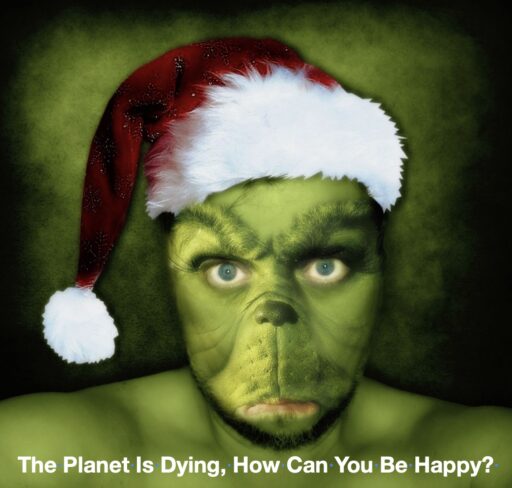 Climate grinches are asking – sometimes forcing – people to consume less electricity, forgo festive celebrations, alter vacation plans and give up meat. Some victims of this insanity may even freeze to death for lack of affordable energy.

In the UK, reduced Christmas lighting is encouraged by the authorities as a conservation measure to save Earth from climate catastrophe. Last year, members of Britain’s parliament said that “dazzling displays could harm the planet.” A headline about green campaigners in The Telegraph read, “Excessive Christmas lights not such a bright idea.”

This year, there again have been noticeable efforts to reduce iconic Christmas lightings in the UK. Despite powering most of its lights with biofuel, the green mob wants the famous Kew’s Royal Botanical Gardens to turn off its fairy lights.

Governments that have undercut their power sectors’ ability to supply electricity by closing coal-fired plants are advising consumers to turn off their heating. Plants that reliably run continuously round-the-clock have been replaced by intermittent wind turbines and snow-covered solar panels, which clutter the landscape like T-rex fossils utterly useless in providing energy to homes and businesses during the high-demand time of winter.

Even if these governments manage to generate or borrow sufficient power, electricity has become so expensive as to be unaffordable for many.

The climate campaign extends to culinary matters when the spoilsports attempt to make your holiday meet-and-greets meatless. You see, a plant-based diet, is supposedly beneficial for the planet.

A war on farming and livestock came to the fore in 2022, when a movement to reduce emissions of greenhouse gases from agriculture and animal husbandry gained momentum at international climate conferences and through national policies in countries like Canada, the Netherlands, and New Zealand. Perhaps most worrisome are restrictions on nitrogen-based fertilizers, whose widespread use enables the feeding of billions of people. Without them, millions could starve.

The green grinches are motivated by an illogical narrative that emissions of greenhouse gases (carbon dioxide, nitrogen and methane) are heating the atmosphere to dangerous levels. Firstly, there is no catastrophic warming. Global temperature data from satellites confirm this and even show a lack of warming since the year 2015.

None of the current computer climate models can predict the future warming rates with precision. They consistently fail in replicating actual temperature changes when compared with historical experience. So-called catastrophic warming is as much of a fantasy as the children’s tale about “The Grinch Who Stole Christmas.”

Secondly, greenhouse gases being emitted through human activity have helped in the greening of our planet and in producing record crop harvests. This is established fact. The magnitude of the increase in plant growth in recent decades would not have been possible without elevated CO2 levels and natural warming that began with the close of the Little Ice Age in the 19th century. If the “carbon footprint” of your tenderloin or Christmas turkey has contributed to atmospheric warming, then you have helped in the greening of Earth.

Finally, completely curtailing emissions at the beginning of the century would have averted a temperature increase of a mere 0.18 degrees Fahrenheit – an amount below our ability to measure and barely distinguishable from zero. To add insult to injury, the cost of such an effort is estimated to be $153 trillion, which is a lot of stocking stuffers.

So, do not let the green police dampen your seasonal joy. The everlasting truths of the divine, as well as our holiday memories, will be present long after the grinches’ absurdities have faded.

This commentary was first published at BizPac Review, December 20, 2022, and can be accessed here.