Harlem Health Not As Important to New York As Green Correctness

Harlem health is suffering because a succession of politicians has made this neighborhood low priority for switching from heavy oil to natural gas heat.

Why are Mayor Bill de Blasio and Governor Andrew Cuomo ignoring Harlem health needs. Why are they leaving the residents of this community to suffer from the air pollution resulting from still using dirty No. 6 fuel oil when the rest of the city’s boilers have been converted to natural gas. That is an important question when we consider that African-Americans have been disproportionately affected by the pandemic? 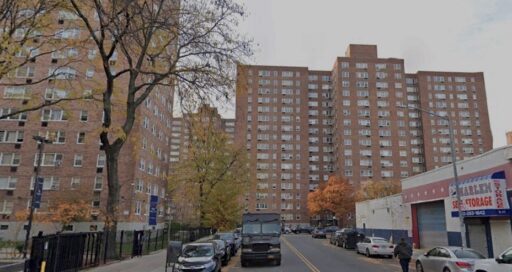 Rev. Jesse Jackson is bucking many of the environmentalists who believe natural gas production perpetuates a world in which climate change is disproportionately hurting black communities. Al Sharpton agrees with him.

One the worst examples of “disproportionately hurting” the black community is metropolitan New York City. During the Bloomberg years, the Mayor led a transition of swaths of New York heating systems from using the truly dirty No. 6 oil to burning natural gas in boilers. Arguably, that effort reduced more greenhouse gas than any single environmental project in NYC and massively lowered air pollution.

There is one exception to the natural gas transition. It is Harlem and other poorer parts of the north side of New York City, which is still using No. 6 oil.

Fast forward to last year, Mr. Bloomberg announced he had given $500 million to the Sierra Club and Earth Justice to launch a new “Beyond Carbon” campaign. We still don’t know why Bloomberg changed his mind on natural gas.

Once upon a time (long ago, all the way back to 2015), former New York City Major Michael Bloomberg gave an Interview to the Wall Street Journal. The subsequent headline read: “Bloomberg Criticizes New York Fracking Ban.” In fact, Bloomberg gave $30 million in that year to the Sierra Club with one proviso, they could not use any of that money for its “anti-fossil fuel campaign.”

Before that, Bloomberg and the grandfather of fracking George Mitchell wrote a Washington Post Op-Ed entitled: “Fracking is too important to foul up.” Since 2012, Bloomberg had been advocating fracking and natural gas. Bloomberg was essential to NYC converting much of city from No. 6 Oil to natural gas, thereby cleaning the air everywhere but Harlem. Why were Harlem health interests shunted aside?