Has the Delaware River Basin Compact Been Voided by Congress?

Ned Sader asks whether the Delaware River Basin Compact was voided 22 years ago by the unilateral action of Congress to amend it without state approval.

There is evidence the Delaware River Basin Compact has been voided by the unilateral action of one the signers; the United States Congress. This action may seem minor to some but, in fact, it demonstrates the sovereignty of the four states who are parties to the contract was  thrown to the wind 22 years ago and we’re now dealing with just another unaccountable mission-creeping rogue agency serving the interests of its staff and the political whims of its four extremely liberal governors. 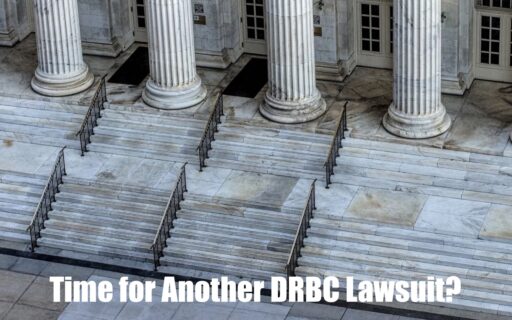 2.2 Commission Membership. The commission shall consist of the Governors of the signatory states, ex officio, and one commissioner to be appointed by the President of the United States to serve during the term of office of the President.

Notwithstanding this provision, each party, in effectuating the Compact, attached certain conditions, which are spelled out in Part II as reservations. Included was the following language enacted by Congress, which was incorporated as a new Section 15.1(d) of the Delaware River Basin Compact:

(d) Notwithstanding the provisions of Article 2, Section 2.2 of the Compact, the member of the commission appointed by the President of the United States and his alternate shall serve at the pleasure of the President.

These provisions, taken together, simply mean the President can appoint and remove the Federal member of the Commission at will. But there is a footnote to both sections of the Compact directing readers to the endnotes, the latter footnote stating this:

And, here’s what the relevant endnote states:

In June of 1997, Congress enacted and President Clinton signed the 1997 Emergency Appropriations Act (“the Act”), which specified that beginning in fiscal year 1997 and thereafter, the United States members and alternate members appointed under the Delaware River Basin Compact “shall be officers of the U.S. Army Corps of Engineers, who hold Presidential appointments as Regular Army officers with Senate confirmation . . . .” P.L. 105-18, Sec. 3001(a). The Act further provided that Section 15.1(d) of the Compact was repealed, and Section 2.2 was amended by striking the words “during the term of office of the President” and inserting the words “at the pleasure of the President.” Previously, Sections 2.2 and 15.1(d) were inconsistent as to the term of the federal representative’s appointment.

The endnote also states the Water Resources Development Act of 2007 further modified things by changing the 1997 act to say “beginning in fiscal year 2002, and each fiscal year thereafter,” the Division Engineer, North Atlantic Division, Corps of Engineers shall be “the ex-officio United States member of the Susquehanna River Basin Compact and the Delaware River Basin Compact.”

What all this effectively means is that Congress arbitrarily and retroactively changed what was supposed to be a Presidential appointment of a Federal member of the Delaware River Basin Commission—someone one would hope would bring particular expertise as well as the President’s viewpoint to the Commission—to a designated bureaucrat from the Army Corps. what makes this important is that bureaucrats honor and support the work of other bureaucrats and bring nothing new ti the equation. They’re not disruptors but, rather, go-along to get along anti-disruptors.

And, what’s this about “ex-officio” all of a sudden? There was nothing in Section 2.2 or 15.1(d) to suggest the Federal government is less than a full member of the Commission and, yet, now the Feds have relegated their rep to ex-officio? What?

But, there’s a bigger question. Did the duly elected representatives of the signatories legislatures agree to such?

If not…this was found in the following document which pre-dates the compact: Marquette Law Review Volume 36 Issue 3 Winter 1952-1953, Article 2, “Compacts and Agreements Between States and Between States and a Foreign Power,” Herbert H. Naujoks

(3) States may enter into any kind of compact under the U. S. Constitution but cannot thereby surrender sovereign rights of the people. Except as limited by the Constitution, the several states may enter into any compact, agreement or other arrangement as they choose, provided, the states cannot limit or surrender by such compact or agreement, the sovereign rights of the people.

Even better…because the states have not approved the Fed’s arbitrary changes:

Here’s the thing, however; Section 1.4 of the Delaware River Basin Compact and the arbitrary amendments made by Congress in 1997 and 2007 go directly against this legal history:

1.4 Powers of Congress; Withdrawal. Nothing in this compact shall be construed to relinquish the functions, powers or duties of the Congress of the United States with respect to the control of any navigable waters within the basin, nor shall any provision hereof be construed in derogation of any of the constitutional powers of the Congress to regulate commerce among the states and with foreign nations. The power and right of the Congress to withdraw the federal government as a party to this compact or to revise or modify the terms, conditions and provisions under which it may remain a party by amendment, repeal or modification of any federal statute applicable thereto is recognized by the signatory parties.

The Feds, in other words, set the price of their involvement in the Delaware River Basin Compact at acquiescence to a scheme where they could withdraw or change the rules at any time as to their involvement. They’ve bargained away the sovereignty of the people by transferring their own obligations to unelected bureaucrats. They’ve also swelled the power of four extremely liberal governors of the states to pursue special interest political agendas having nothing to do with the original purpose of the Compact. Time for another lawsuit on behalf of the sovereign people whose rights have been exploited by everyone involved?