Heat Hype Gets All the Attention, While Cold Gets No Respect

Heat Hype Gets All the Attention, While Cold Gets No Respect

[Editor’s Note: Heat gets hyped at every opportunity by governments, special interests and a sycophant press but cold, far more serious, gets ignored or dismissed with smirks.]

It was a cold May night for many in the city of Bengaluru, India.  The mercury dipped to 52 degrees Fahrenheit, a low not witnessed during the last 50 years.

The same week, some Indian cities made global headlines not for unusual cold but for extreme heat. Followers of international news likely have seen reports about heat waves and historic high temperatures in South Asia. 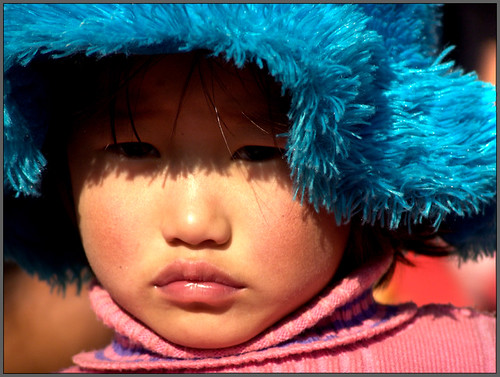 “India and Pakistan are no strangers to extreme temperatures, but the current heat wave stands out for its early-season timing, its rapid onset, its extent, and its severity, reported Vox. “Researchers are now investigating how much human-caused climate change contributed to the severe heat across South Asia.”

However, the mainstream media did not report the record cold that occurred in other parts of India during the same week. It left me wondering: Is the media representing reality accurately or intentionally emphasizing hot weather to promote its climate narrative?

Welcome to the journalism of the climate cult — a systematic reporting of any and every extreme heat event as evidence of pending thermal doomsday while cold weather goes unreported or underreported.

India’s capital Delhi topped the news when the mainstream media used a heat wave as a vehicle for promoting climate fear. Yet at the same time, western media ignored the coldest day in 50 years in Bengaluru, where I live.

May 12 was the coldest day for the month in the city since 1972. A weather event that had a high probability of occurring, the cold was partly due to a cyclonic system and proof neither of extreme climate change nor of its absence.

Likewise, the extreme heat was a weather event that cannot be attributed exclusively to the trend in global average temperature — a measure that has been reasonably stable since the beginning of this century.

Delhi is notorious for its urban heat island, where a high density of structures causes a heat pocket and compounds the effect of natural warmth. Little relief is provided by houses lacking windows for ventilation and crammed against each other in narrow lanes. The heat can make you feel like a pizza inside a brick oven.

On May 13, NASA’s Jet Propulsion Laboratory tweeted an image of Delhi heat islands, contrasting the city with the cooler countryside. Most cities in India are now experiencing the phenomenon, the likely reason behind increasingly unbearable conditions in summer months.

If international media were to give equal coverage to hot and cold as weather events, their climate narrative would fall to pieces. The same would happen if reporters were to acknowledge the effects of heat islands in cities like Delhi, Gurgaon, and Pakistan’s Karachi – oft-used examples of so-called climate change’s heat.

This irresponsible reporting extends well beyond Asia. In the past few weeks, unusually cold temperatures were recorded across the globe with little notice from the media.

Canada’s Victoria International Airport set a temperature of 33.4 degree Fahrenheit, the lowest May 12 temperature since 1964. Similarly, in Puerto Rico, Italy, and Spain, the average temperature for April was below normal

In the United States’ lower 48, April temperatures were 1.17 degrees Fahrenheit lower than normal. Even with global wheat futures hitting a high amidst a shortage, the media ignored the disruption of the planting season by cold May weather.

A public brainwashed by a corrupt — or inept — media is ill-equipped to face the real consequences of cold weather while suffering anxiety over a made-up climate emergency.

Vijay Jayaraj is a Research Associate at the CO2 Coalition, Arlington, VA, and holds a master’s degree in environmental sciences from the University of East Anglia, UK. He resides in Bengaluru, India.

This commentary was first published at Biz Pac Review May 23, 2022