[Editor’s Note: Biden is a hopelessly inept man whose ability to muck them things up can, as Obama noted, never be underestimated. Now, he’s messing with heating oil reserves.]

The Biden administration is again considering tapping additional emergency energy reserves; this time of heating fuel and oil as winter nears and uncertainty over market prices grows. The United States currently has about 1 million barrels of heating oil in three commercially leased locations in the New York and Connecticut area — about 10 days of supply under normal circumstances.

The White House is considering asking Congress to raise the storage limit, potentially doubling it, to build additional reserves the administration could release if supply tightens or prices increase. The price of heating oil has risen 54 percent in the last year. Biden is considering these actions despite industry heating oil inventories having increased, which are now about 10 percent belowthe five-year average, according to Energy Information Administration. 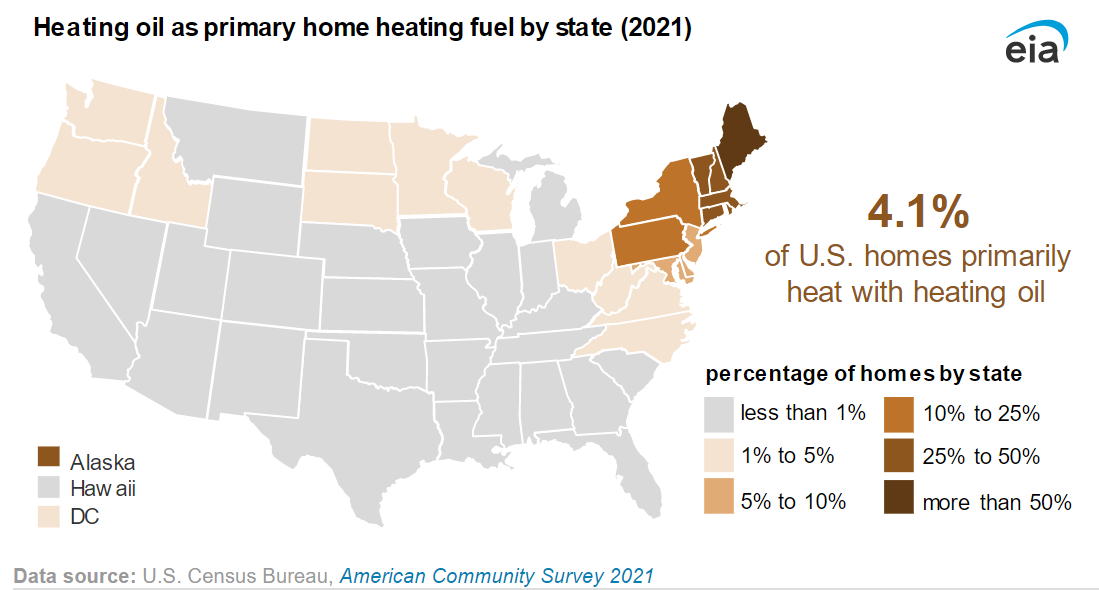 The Biden Administration is also worried about a potential oil price spike, with Europe’s oil embargo and the West′s price cap on Russian oil possibly disrupting supply when they go into effect on December 5. Biden administration officials say the option remains open to release additional oil from the Strategic Petroleum Reserve in early 2023. Due to Biden’s pre-election releases, the emergency oil reserve is now at half its total capacity–the lowest level since the mid-1980s. That makes the depleted level of the Strategic Petroleum Reserve a national security risk.

The Biden Administration plans to replenish the Strategic Petroleum Reserve when prices are between $67 and $72 a barrel, and it hopes to enter into fixed-price contracts with producers by the end of 2023. Of course, that would depend on whether oil prices reach that lower level since they are currently $10 to $20 a barrel higher and Biden is continuing with his anti-U.S. oil and gas policies.

Ideas Being Considered for the Heating Oil Reserve

The White House plan could involve directing revenue from future oil sales from the Strategic Petroleum Reserve to purchase heating oil for the northeast reserves. Another idea the Biden Administration is considering is to purchase diesel supplies and make them available to companies, which would keep supplies in the United States and out of the export market, which is its goal.

More production and increased inventory, however, is easier said than done for the U.S. refining industry. Refiners have been running their facilities at record levels of over 90 percent and they have even delayed maintenance when the Biden administration was worried about spiking gasoline prices. The fact is that petroleum demand is up after the COVID lockdowns and refining capacity is down with little expectation of more capacity coming online. In fact, Biden is making it harder to restart idled refinery capacity.

The United States entered the winter season with historically low levels of diesel due mainly to a shuttering of about 1 million barrels per day of U.S. refining capacity as a result of low demand from COVID lockdowns and to the Biden Administration’s onerous regulations and stated promise to “end fossil fuels.” No one will make investments when he is promising the government will stand in the way of supply and demand.

Diesel is a workhorse of the economy, helping power most major industries, fueling deliveries of goods by truck, rail and ship, and powering construction, farming and military vehicles and equipment. Unlike gasoline and jet fuel, demand for diesel recovered at a much faster pace from the coronavirus pandemic. In 2021, the U.S. transportation sector consumed 46.82 billion gallons, or 1.11 billion barrels of diesel fuel — at an average of about 128 million gallons a day.

The diesel shortage is particularly acute in the Northeast where few refineries remain and where supply routes from the U.S. Gulf Coast are limited. Diesel is already being rationed in the Northeast, with suppliers in several states forced to conserve heating oil as the winter months approach. Nearly one in five homes in the northeast use diesel as a heating oil.

The cost to heat a residence using diesel this winter is projected to increase 27 percent over last year, according to the U.S. Energy Information Administration’s winter fuels outlook. Should the Biden Administration tap the Northeast Home Heating Oil Reserve, it will be the first time since 2012, when it was used to provide fuel to emergency responders in the aftermath of Hurricane Sandy.

The Biden Administration has already reduced our emergency oil reserve—the Strategic Petroleum Reserve—to half its capacity in its drive to keep gasoline prices in check prior to the midterm elections on November 8. Now it has turned to diesel where low inventories, particularly in the Northeast, have raised diesel prices and worried truckers, households and other consumers regarding sufficient supplies for the winter months.

The Biden administration is now considering tapping the Northeast Home Heating Oil Reserve, funding its use through more sales of the emergency oil reserve or buying diesel directly for domestic use, keeping it from being exported. Europeans will likely not be in favor with that outcome since the continent depends on diesel for transportation as well as other uses and their supplies are low due to Russia’s invasion of Ukraine and their own anti-fossil energy positions which have placed their security in jeopardy.