How Long Before We Lose Free Speech on the Environment?

Free speech in America is disappearing fast as the Big Tech moves us ever closer to a social credit system. How much longer will we be able to debate major issues such as energy and environment?

The Wu-Flu has demonstrated just how fragile free speech really is, even in America where, in contrast to Europe, for example, it exists as a constitutional right. Try talking about Ivermectin, which has saved countless lives in India, Indonesia and elsewhere and was discovered by a Nobel prize winner and you’ll be banned Big Tech and lectured by Big Media, despite the obvious evidence of its usefulness. Not a word of contrariness to the politically correct line put out by Big Pharma and Big Government is to be tolerated. The monopoly powers of the Bigs are choking free speech to death and now we’re seeing the disease spread like the virus itself. We will soon not be able to say a thing about climate, energy and environment except through samizdat such as this blog. 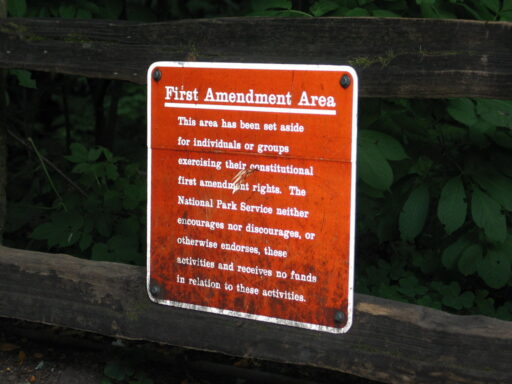 Climate has increasingly become an untouchable subject for free speech. It started when Big Media, several years ago, decided it would no longer even pretend to be neutral on the subject of global warming and, instead, directly advocate. That was followed by phony studies suggesting 97% or more of scientists were behind global warming theory and now phony polls saying the general public agrees, which is sheer nonsense, of course. There is huge debate and if “Unsettled,” by former Obama Administration Undersecretary of Science Steve Koonin isn’t proof enough, there’s no hope for you or for free speech. It is under relentless attack by those who are determined to label it disinformation or misinformation for their own purposes.

Who are these people? Who decides what is information and what is disinformation? That is the question that, by itself, answers everything if you value free speech. The answer, of course, is that the Bigs decide; Big Education, Big Tech, Big Media, Big Government, Big Green and Big Money in this instance, all of whom are in league with one another’s special interests in money and power.

Big Education is on the government gravy train, pulling in grants for every imaginable study that will serve to grow the notion of impending global warming drama. No scientist today can truly exercise free speech on global warming as that might offend funders, including Big Government.

Big Tech is now Big Business, the biggest, in fact, and seeks totalitarian power to protect its control over, quite literally, everything. It seeks to accrue still more power and money while flagrantly abusing the Section 230 protection from liability that allowed to grow into the behemoth it now has become where it is both editor and publisher while maintaining a facade of merely being an aggregator and meeting place. What better protection racket is there than supporting the pet global warming cause of the others?

Big Media has united itself with government under Biden, abandoning the role of the free press for utter subservience so as to protect itself from being obliterated by Big Tech and to appease those who still read and watch it. Big Media has also long suffered from a superiority complex causing it to be incredibly envious of the other Bigs and want a piece of the action, not just the ability to report on it. Big Media passionately desires to create and direct events. Documenting them and even distorting them is no longer nearly enough. Global warming provides a platform for the addictive action.

And, nothing is more addictive than power, which, together with money, is what Big Government is all about. Global warming offers the ability to effect momentous control over others by restricting their choices on energy and health. Along the way, it creates the excuse to engage in massive corruption where the elected create the phony money to attract corporatists eager to grab it for uneconomic green eggs and scam. There are many financial rewards (as opposed to real profits) for all while, at the same time, everyone grabs plaudits for their supposed green virtues. The scam includes a huge incentive to squelch any information to the contrary. Hence, the moves by Congress and all the Bigs to limit free speech in the name of protecting us from disinformation. As if Congress wasn’t the ultimate source of nearly all disinformation (think “we have to pass the bill to find out what’s in it”).

Big Green is self-explanatory to a large degree; it is the home of manipulated trust-funders and other ideologues shilling for the other Bigs and, especially, Big Money. It is Big Money in the personas of Larry Fink, the executives at Goldman Sachs, the U.N. Climate Fund, the Simons family and, of course, the Rockefellers with their investments in China. Big Money is the big enabler of global warming hysteria and big threat to free speech. It is Big Money that has been behind the “ExxonKnew” campaign and the effort to label skepticism of wholly inadequate models as “climate denial,” as if questions of the official line were heresy that ought to justify drawing and quartering of those who dare to speak.

Big Money has captured all the other Bigs and we are fast on the way to a social credit system like China’s that will limit not only our free speech on the subjects of climate, energy and environment, but also limit our ability to otherwise be a part of civil society as we know it. It’s coming fast and is here in many regards. Meanwhile, China, with which Big Money is hopelessly entangled has stop pretending it gives a damn about global warming. It is building coal plants at a furious pace, fracking wherever it can and stiffing the Glasgow crowd by Xi staying home rather than going there to watch our Xiden embarrass himself and us at the latest meeting of the Bigs where the jet set will arrive to dictate what we can say and not say.