IEA Sells Out for Green Eggs and Scam Opportunities

The International Energy Agency or IEA, formed to ensure energy security, has sold out completely to the green eggs and scam gang.

A loyal reader and good friend sent me this ZeroHedge article yesterday about the IEA (otherwise known as the International Energy Agency) and a report it just put out. Titled “Net Zero by 2050,” the report is a complete capitulation to the globalist hedge-funders looking to harvest trillions from ratepayers and taxpayers for their fortune-making plans. Here’s how IEA Executive Director Fatih Birol describes it, according to the ZeroHedge report:

“Those countries whose economies are relying on oil and gas revenues will face huge challenges,” said Birol. “We came up with over 400 milestones, and one of them is — there is no need for new oil, gas and coal development, which includes no need for oil and gas exploration investments.“

To appreciate how extraordinary this sellout really is, one only need revisit a post I wrote less than two years ago, when the same IEA was extolling growth in natural gas demand, production and achievements in lowering emissions as it has substituted for coal. So what changed? Follow the money. 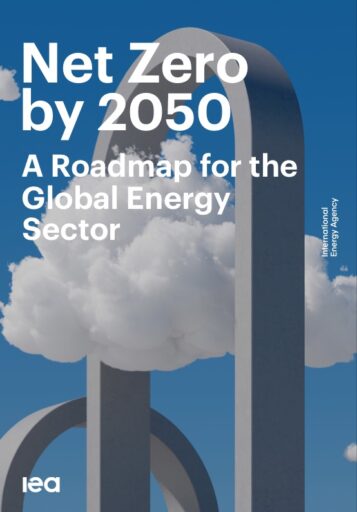 The IEA was formed as a result of the energy crises in the 1970s. It’s job was energy security, but like every other agency, it sought to expand its influence, which wasn’t that hard, as it is an autonomous entity supported by taxpayers around the world with zero accountability to anyone but itself. It is all but impossible to find how much it spends and from where the money comes. The IEA website says this, though:

The size of the IEA budget and the scope of its work, known as the Programme of Work and Budget, are determined every two years by IEA Member Countries. With the approval of the IEA Governing Board, countries and other energy stakeholders may make voluntary contributions to support and strengthen a wide range of activities in the IEA Programme of Work and Budget. In 2017, about a third of the IEA’s spending was financed by such voluntary contributions, which mostly came from government sources.

The Agency also receives some funding from private sources and contributions in-kind, especially in the form of staff on loan‌. Unlike the World Bank or the International Monetary Fund, the IEA does not dispense grants or make loans.

How much those private sources contribute to the budget is unknown and we aren’t likely to find out, as the following description of the role of non-member industry folks indicates:

The IEA Energy Business Council (EBC) brings together some of the world’s largest companies involved in energy exploration, production and consumption, ranging from oil, natural gas and coal companies to automobile and appliance manufacturers, wind and solar producers and financial institutions. The aim of EBC is to promote dialogue among the IEA, business community and policymakers across a broad range of cross-cutting issues with important implications for the global energy system. It is the overarching body through which the IEA interacts with the energy business community, complemented by a series of topic-specific groups including the Renewables Industry Advisory Board, the Coal Industry Advisory Board, and the Electricity Security Advisory Panel…

The membership of the EBC evolves over time according to priority issues within the IEA work programme, and participation is by invitation only. In order to foster a frank and constructive dialogue, all EBC meetings are conducted under the Chatham House Rule, which states that “participants are free to use the information received, but neither the identity nor the affiliation of the speaker(s), nor that of any other participant, may be revealed.”

Isn’t that interesting? This is a public organization taking advice and resources from self-interested beneficiaries of recommendations now being made to abandon fossil fuels and we’re not allowed to even know who they are! Earlier, in 2018, though, the IEA did reveal a few of those names in this report:

You can secure more information on a couple of these outfits here, but suffice it to say they have an interest in continuing and embellish a system of subsidies that rewards inefficiency, lack of dependability, excess land use, rare earth mining by African children and mountaintop clearing among other things. All this is, moreover, for the purpose of meeting artificial goals based on global warming modeling that hasn’t successfully predicted anything whatsoever.

Such is the nature of the IEA’s “Net Zero by 2050” report and Fatih Birol’s careless comment about there being “no need for new oil, gas and coal development.” He is a Turkish economist who previously worked at the Organization of the Petroleum Exporting Countries and he has, it appears, decided to take the IEA down a road covered with green eggs and scam, trillions of dollars worth of ratepayer/taxpayer subsidies, more money than there is oil in the Mideast. Or, is it the Mideast oil producers who are threatened by our success  with fracking? Maybe it’s both.