[Editor’s Note: The Marcellus Shale impact fees program has been one of the most innovative and successful to ways to spread around the the benefits of Pennsylvania shale gas.]

The Pennsylvania Public Utility Commission has reported that $234 million in Impact Fees were distributed in early July per the Commonwealth’s Act 13, established in 2012. This is the second highest amount collected by the PUC, eclipsed only by 2019’s total of $251 million. Pennsylvania is the only state in the nation that levies and impact fee, rather than a severance tax, on unconventional natural gas operators, and it has been well-received by leaders of often cash-strapped municipalities where drilling and production are prevalent. 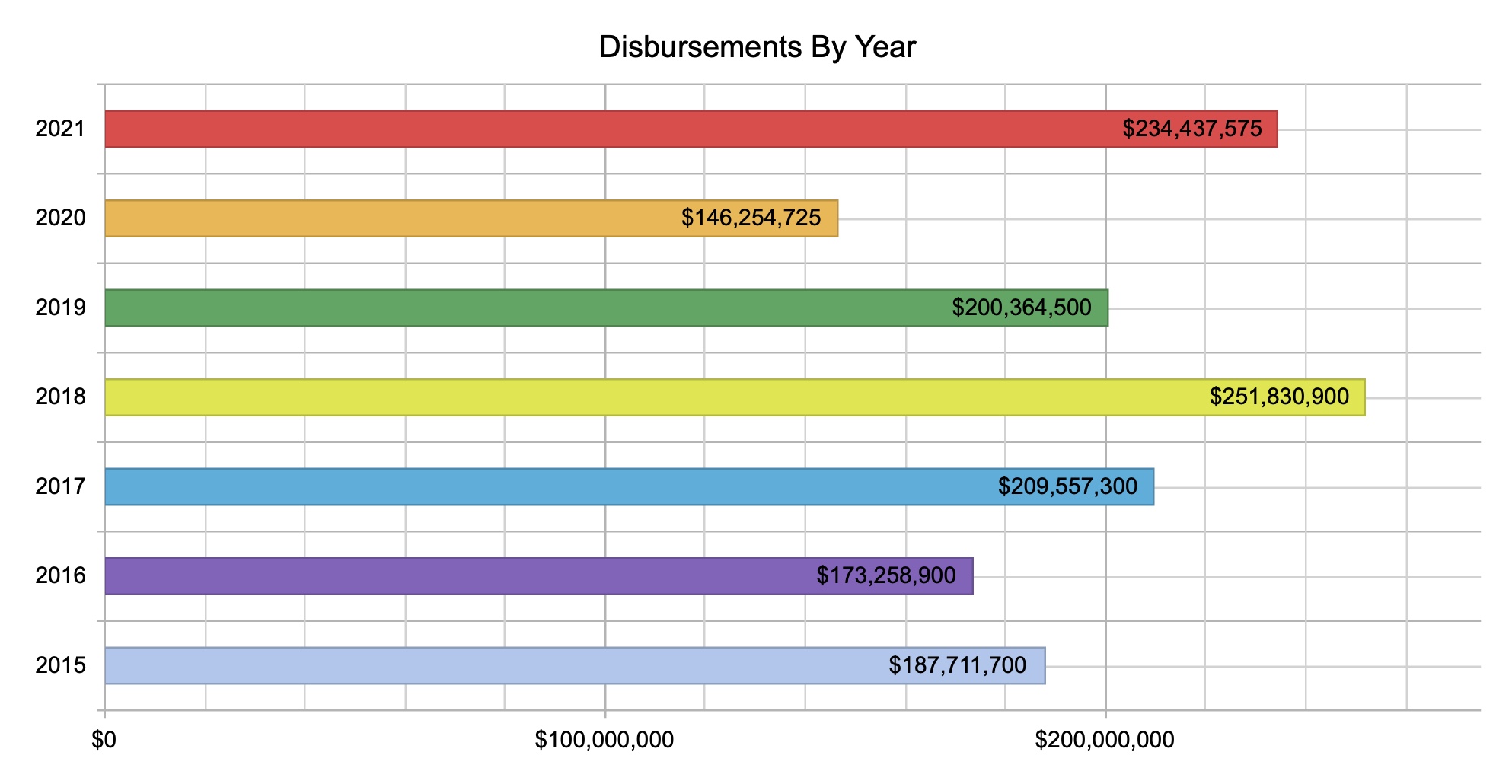 “Our region continues to benefit from the natural gas under our feet,” Rep. Tina Pickett stated in a press release. “Our local governments welcome this annual funding, which goes toward important infrastructure projects and emergency response efforts.”

In Susquehanna County, where Coterra operates in the Marcellus Shale, $7.2 million will go to the county, and an additional $4.3 million will be disbursed to boroughs and townships. In neighboring Bradford County, the split is $5.9 million and $7.3 million. Susquehanna and Bradford counties rank second and third in the state, respectively, behind Washington County in Western Pennsylvania. 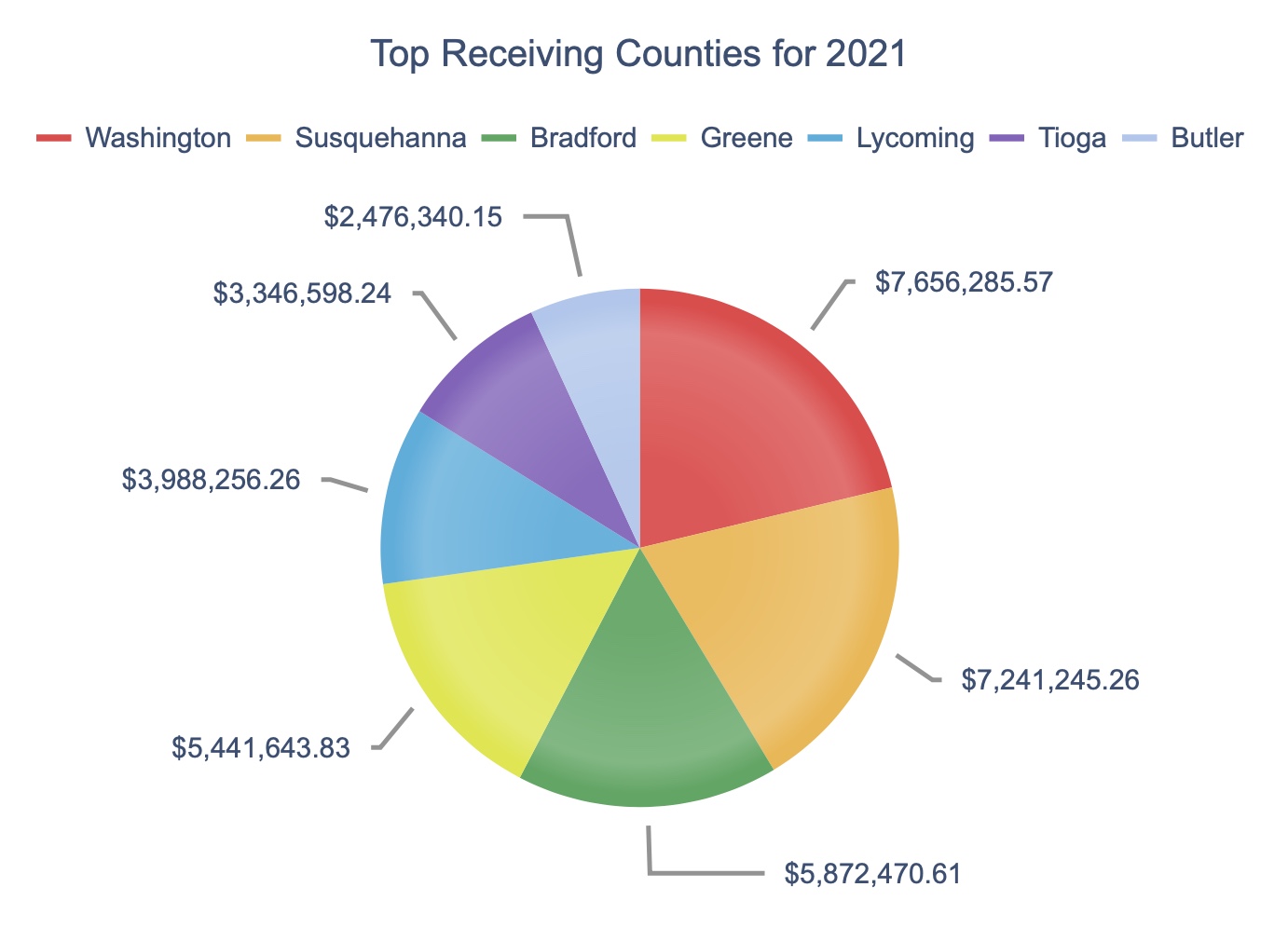 According to Springville Township Supervisor Duane Wood, the money has allowed the township to purchase equipment and erect new buildings – like a recent cinder shed – that would be impossible if not for Act 13. He estimates that three quarters of the annual allotment is used to repair roads d bridges. And it’s not just the money, Duane insists. “We have an excellent relationship with Coterra,” he stated. “They and Williams have been awesome to us.”

The state total reflects a 60 percent increase over 2021 and reflects both an increase in the value of natural gas and the addition of more than 500 wells across the Commonwealth.

About $25.2 million is taken directly “off the top” and given to state oversight agencies, including county conservation districts, the PA DEP, Fish & Boat, PUC, EMA, and the state fire commissioner.

Then 60 percent of remaining impact fees go to counties and municipalities with producing wells. The final 40 percent goes to statewide programs as the Marcellus Legacy Fund. All 67 counties get a share of this funding, which can be used for a wide variety of needs like at-risk bridges, recreation, and environmental stewardship. 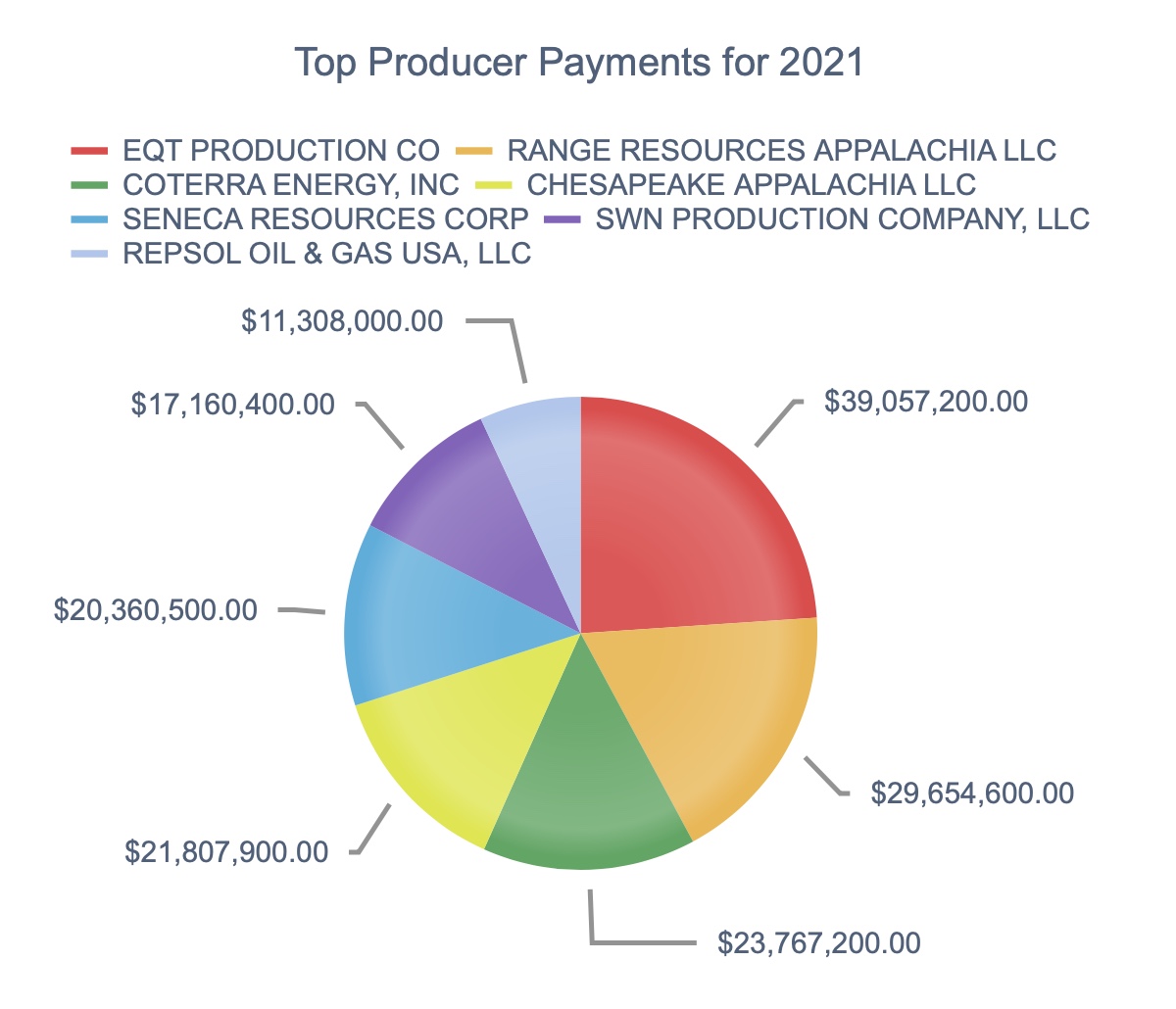