Like any endeavor which is valuable and which carries a large impact on humans and on this Earth, we need to create a policy framework before we advance the production of electric energy by means of industrial free-standing solar collectors. Here is such a policy initiative. 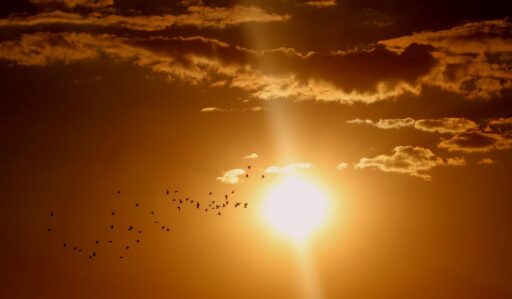 We must face the fact solar tax benefits and grants have caused sunlight to become a commodity for commercial exploitation.  This means investors want to buy low and sell high.  Off-roof solar development has become an industrial, commercial enterprise and is therefore investor driven.  It also means the cheapest location for non-rooftop solar will tend to be favored, not the site most environmentally appropriate.

These factors need to be acknowledged for every industrial solar electric generation project not located on a roof top.  Monetarizing sunlight has already caused sunlight and its ‘ownership’ to become a political ‘football,’ to be bargained for and to be traded for political advantage.

The enormous ‘pork barrel’ subsidies dispensed by the State of New York and the United States of America to investors to build-out the industrial solar facilities already enrich a narrow class of elite investors at the taxpayers’ expense. Yet this has no effect on global warming, because China, India, Indonesia and other nations are building massive coal fired plants around the world, whose emissions will more than offset any reductions of CO2 in the U.S. The entire notion of industrial solar as an answer to global warming is an extravagant and absurd story set afloat to delude the public.

The Sun’s rays are a zero sum equation. Solar rays are essential for life as we know it.   The use of solar energy for electric generation is a diversion from its normal function.  When we use sunlight for electric energy production, we are diverting sunlight from its function of being the source of all biology on this planet (bio-producing sunlight). Furthermore, sunlight and the biological processes generated by it are one of the primary drivers of carbon sequestration.

In other words, every time that we divert the sun’s rays to an industrial electric generation solar array, we are diverting it from a use by an existing habitat of plants and animals. If we divert the sunlight from one use to another, by definition, we are changing the natural environment, including the climate. We do not seem to have explored the unexamined consequences of industrial free standing solar on rural and forested land.  Therefore, how much and where we divert the sun’s rays ought be very carefully measured and studied before allowing any further industrial development of solar electric generation.

Humans have inadvertently created “wasted sunlight” zones. These are places created by humans which have no significant biological life thriving on them (such as buildings, gravel pits, abandoned airport runways, dump sites, malls, streets, roads, parking lots, etc.).  All the sunlight which falls on them is either absorbed or reflected back into the atmosphere. In other words it is biologically wasted.

There is no purpose in heating the surface of such a parking lot or creating additional infrared rays to warm the growing mass of carbon dioxide and water vapor in the atmosphere. Indeed, it is well known that the concrete and steel canyons of any metropolis create their own micro climate. We ought to prioritize the use of the land by siting solar arrays on existing “wasted sunlight” areas only.

For all siting on all other sites, the governments ought to produce a Generic Environmental Impact Study before siting or permitting any free standing solar arrays in areas that are not in the “wasted sunlight” locations, followed by a site specific EIS. Moratoriums on industrial solar, establishing a system of prioritizing sites, and prohibiting industrial free standing arrays on biological sites ought to be a prerequisite for any solar permitting.  Carbon-neutral Small Nuclear Reactors ought to be prioritized over any sequestration-destruction, farm loss, or scenic and community destruction caused by industrial solar facilities.

The point was well made in Garret Hardin’s  Tragedy of the Commons essay.  The cumulative impact of incremental losses of land to solar electric generation is one of the great unexamined environmental impacts of solar development.  With commencement of the solar land rush primed to change hundreds of thousands of acres of forestland and farmland into “solar leases”, we need to examine the cumulative impacts and long term consequences of the loss of these valuable farmlands and carbon-sequestering forest lands.

When the subsidies terminate or expire, someone else will have to pay the expense of keeping the solar array going, breaking it up, or disposing of it.  There is no good reason why rural areas should ‘enable’ metropolitan energy profligacy. Industrial solar is an idea whose time went before it came.  It will likely be leap-frogged by the new nuclear small modular reactor technology (SMR’s), which are now being funded for development all over the world. China and Russia have already begun to build them.

There should be a measure of how much carbon each urban or rural area sequesters and how much carbon the same area produces unnaturally. The difference in those measures of benefit and cost could be the standard by which an area is required to locally create its own zero carbon energy sources (such as SMR’s).   This has not yet been done.   If this measure were in place, major cites might have to stop free-loading on rural areas’ sequestration resources and open space.  Such a measure would become the first real example of environmental justice.

The location of an existing 3 phase power line or a substation should not be a part of the decision of where to locate a commercial solar electric generation facility.  The decision should be whether the location will use ‘wasted sunlight’ or ‘bio-producing light’ and whether other valuable uses for the land are more appropriate, such as farming and carbon sequestration.

A priority must be placed on preventing the destruction of the sequestration character of rural and forested areas while at the same time preserving existing farmland in order to continue to provide food for people.  Without the preservation of biological habitat and agriculture land, there could be no other ‘culture’ at all. The attributes which make upstate New York desirable are being destroyed by energy policies which transfer the adverse economic and environmental impacts of intermittent weather dependent ‘renewables’ to upstate while sending the power benefits to New York Metropolitan Area or neighboring states.

Security for these industrial solar sites will become an issue.  If a metropolis relies upon these sites for electricity, the sites will become ‘fair game’ for terrorists and others anarchists who currently inhabit our world.  Recent events show how a single individual can do great harm.  Drones can deliver destruction from the sky as easily as they can deliver Amazon packages, not to mention trucks crashed into a solar site.

Rural areas will be harder to secure and will bear the security risks, while the urban areas again freeload on the rural resources.  Once national security issues are raised, the solar sites are likely to come under federal jurisdiction, with the local municipalities losing all control of land use on and around the site.

All Industrial Solar projects know to whom they intend to sell the electricity that they produce.  Because upstate New York has three nuclear power plants and the hydropower of Niagara Falls, upstate currently generates more energy than it actually uses (and all of those sources are carbon neutral). What is not generally known by the public is that it is not uncommon for the solar developer to sign a long term sale agreement to sell the produced electricity to Massachusetts or New York City.

This means that upstate New York has become the dumping ground for the adverse social, economic, and environmental damages caused by industrial solar and wind projects which benefit an adjoining state’s claim to being green and which allow New York City to assuage its environmental guilt for shutting down the carbon free Indian Point Nuclear Plant while continuing to build energy-sucking skyscrapers.

The road to environmental failure can easily be paved with the accumulated unexamined adverse economic and environmental impacts of industrial solar projects, regardless of how well intentioned.   The loss will be slow and nearly unnoticable until too late.  The loss of biologically and agriculturally productive areas of the Earth’s surface for industrial solar electric generation, instead of existing areas of wasted sunlight, is a major failure of current solar development policy.

The damage caused by our refusal to recognize these impacts can destroy our environment as effectively as any other unexamined industrial or commercial project. It is that very blindness to incremental, unplanned action that has led to the very global warming which we are now trying to unwind.  We should not make the same mistake in the cure as we did in acquiring the disease. We need to take care that in our zeal to protect our environment from unrestricted global warming, we don’t destroy the very plants, animals, land, water, and scenic values which we are trying to protect.