Infrastructure Bill An Ugly Creature of the Washington Swamp

…
[Editor’s Note: The Washington DC Swamp is a supremely ugly place and the Infrastructure Bill, cravenly supported by numerous Republicans, is the proof of how bad things are.]

Climate change central planning is found throughout the 2,700-plus page infrastructure bill that President Biden is touting as bipartisan. The Senate bill uses central planning to re-engineer the electric grid and to eliminate carbon from the U.S. economy by offering large subsidies. There is $21.5 billion to create the Energy Department’s new Office of Clean Energy Demonstrations, which will provide for Secretary Granholm’s green-energy venture-capital fund. 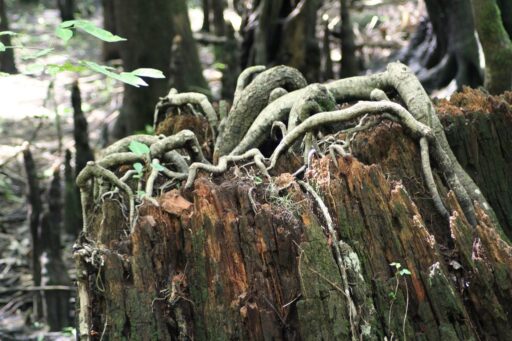 This funding should bring to mind the Obama Administration programs that funded with tax dollars companies that failed including Solyndra, A123 Systems, Fisker Automotive and other solar manufacturers. Granholm’s fund includes $2.4 billion for advanced nuclear reactor projects, $3.5 billion for carbon capture, $8 billion for “clean hydrogen” and $5 billion for projects that “demonstrate innovative approaches to transmission, storage, and distribution infrastructure to harden and enhance resilience and reliability.”

Ms. Granholm is also charged with creating a “smart” and “clean” grid that provides reliable electricity despite heavily federally subsidized, inherently intermittent renewable energy. The grid is the job of regional authorities, which coordinate wholesale markets with states and utilities—not the Feds. In addition to providing $9 billion for grid-balancing technologies, the bill “loans” the Department of Energy (DOE) $2.5 billion to enter “capacity contracts” with transmission developers that will backstop their projects if there is insufficient demand for renewable energy. The bill also allows DOE to designate “national interest electric transmission corridors” where there are constraints in delivering excess renewable energy to markets, which will allow the Federal Energy Regulatory Commission to overrule states on power lines and their placement.

Transportation Secretary Buttigieg would receive $7.5 billion to rollout a national electric-vehicle charging network. The bill instructs Buttigieg’s Department of Transportation to finance chargers that “meet current or anticipated market demands” and “would be unlikely to be completed without Federal assistance.” Some politicians believe that building more chargers in low-income areas will encourage additional electric vehicle sales, despite no data documenting their belief. Faster chargers in denser population areas may also require grid capacity to be upgraded and could strain power supply, as was demonstrated in California, where electric vehicle owners were asked during heat waves to not charge their vehicles in the evenings when the sun goes down.

The infrastructure bill is also riddled with corporate welfare. United Airlines is investing in flying electric taxis, which will be eligible for federal loan guarantees. Kenworth and Toyota are rolling out hydrogen-powered trucks to transport freight. Exxon Mobil may receive funds for its experimental green technology program.

The bill contains tens of billions of tax dollars that would be allocated against natural occurrences such as floods, wildfires, and drought, under the premise that they are climate-related. The bill covers the development of new sources of drinking water in areas where there is drought and it even funds the relocation of entire communities away from places that may be deemed vulnerable.

The Army Corps of Engineers would get an additional $11.6 billion in construction funds for projects such as flood control and river dredging, which is more than four times the amount the Corps received last year for construction. The Federal Emergency Management Agency (FEMA)’s annual budget for a program that buys or elevates homes at risk from floods would more than triple to $700 million. Some of that money is designated for homeowners in areas considered especially vulnerable because of socioeconomic factors, including areas that house racial minorities. FEMA would also get an extra $1 billion for a grant program that is supposed to protect communities against all types of disasters, and another $733 million to make dams safer.

The National Oceanic and Atmospheric Administration would get almost $100 million a year to help restore coastal habitats and protect coastal communities—five times what the program currently spends. The Bureau of Reclamation, which manages water supplies in the West, now gets $20 million a year for desalination projects, which remove minerals and salts from seawater to create freshwater, which would increase to $250 million over five years. It currently receives $65 million for water recycling that would increase to $1 billion for treating wastewater to make it available for new uses such as irrigation.

Other funding in the legislation would be directed toward new programs. The bill would give the Department of Agriculture $500 million for “wildfire defense grants to at-risk communities”—money that is supposed to help people make changes to their homes or landscape to make them less vulnerable to fire or other disasters. Other programs would not just fortify homes and facilities against disasters, but move them elsewhere.

The Department of Transportation would get almost $9 billion for a program to help states prepare highways for the effects of “climate change”—including relocating roads out of flood-prone areas. The Environmental Protection Agency would pay for communities to move drinking water pipelines and treatment facilities at risk from flooding or other extreme weather. Funding in the legislation would be available to move entire communities. The bill would provide $216 million to the Bureau of Indian Affairs for climate resilience and adaptation for tribal nations. More than half of that money, $130 million, would go toward “community relocation.”

Where is the Money Coming From?

Supporters of the bill indicate that the bill is “fully paid for.” But the bill’s text and analyses of it dispute that point. One source of funding for a multi-billion-dollar offset is to come from the improved recovery of fraudulent pandemic unemployment benefit payments, which some have estimated could total $400 billion or more. News accounts suggest as much as $50 billion in savings might be found by better recovery of those misspent funds, but there is no policy in the bill for obtaining it.

Another source is supposed to be $53 billion from “savings” from states ending federal pandemic unemployment benefits sooner than expected. That provision is linked to “findings” language buried in the massive bill, which are typically statements of opinion without legislative or legal effect. The supposed savings, however, have “already occurred”, according to the nonpartisan Committee for a Responsible Federal Budget (CRFB).

Congress passed three major laws creating and subsequently extending pandemic unemployment benefits: the March 2020 CARES Act, which the Congressional Budget Office projected would provide $268 billion in benefits; the December 2020 Consolidated Appropriations Act, which was expected to add another $119 billion; and the March 2021 American Rescue Plan, which was estimated to add another $205 billion. Taking $53 billion off the total results in $539 billion. The latest Department of Labor tally of actual spending on those federal benefits through July 31, 2021 shows almost $630 billion spent on these temporary federal programs with over a month to go on the program. That is almost $90 billion more in deficit spending than the Congressional Budget Office projected in its three estimates.

The missing policies indicate that less than half of the bill’s overall costs are offset, according to CRFB. Offsets are running around $250 billion, which compares to $540 billion in new spending in the legislation. In fact, the Congressional Budget Office reported on August 5, 2021, that the bipartisan infrastructure bill would add more than $250 billion to the federal deficit over the next decade, confirming the above analyses that the massive legislation would not fully pay for itself.

Supposedly the Senate already has the votes to pass the bill and may even have 10 more than the 60 votes needed. From funding new endeavors like the ones that have failed under the Obama Administration—to funding relocations from areas that have for centuries had the risk of wildfires, drought and floods—the bill is using tax dollars to fund corporate welfare and, in some cases, the rich under the guise of benefitting racial minorities. The money for the bill is supposed to be offset from other programs, but the analyses above show that not to be true.

The expansive nature of the bill can be seen from a provision that would require auto manufacturers to equip “advanced alcohol monitoring systems” in all new cars. The section titled, “ADVANCED IMPAIRED DRIVING TECHNOLOGY,” mandates new vehicles include “a system that … passively and accurately detect[s] whether the blood alcohol concentration of a driver of a motor vehicle is equal to or greater than the blood alcohol concentration” of .08, in which case the system would “prevent or limit motor vehicle operation.” Automobile manufacturers would have a three-year grace period to comply with the regulation.

Instead of an infrastructure bill, the product represents the old Washington, D.C., approach of distributing pork sufficient to buy votes of enough Senators to enable its passage. With a Budget Reconciliation Package estimated at more than $3.5 trillion waiting in the wings and expected to follow the trail blazed by this bill, Americans are paying for a very expensive fundamental transformation of the country, including the reliability and availability of our basic energy necessary for life.

Editor’s Note: Washington corrupts so many of those who go there. Republicans elected by a citizenry that sent there to control spending, fight the left and stand up for, well, the Republic, are selling out America for this incredibly awful Infrastructure Bill, thinking we don’t know or don’t care what’s going on. Seventeen Republican Senators in fact have supposedly signed onto this disgusting 2,700 page infrastructure bill, stufed full of corporatist welfare while Rome burns around them. Here are the names of the dirty sellouts:

I’d say it’s time they were all green-slimed but they’re already swamp creatures, so…