[Editor’s Note: New York’s Climate Act is an expensive, intrusive and unrealistic agenda being imposed on New Yorkers who need to rise up and comment on the “Scoping Plan.”]

On December 30, 2021 New York State released for public comment its Draft Scoping Plan that defines how to “achieve the State’s bold clean energy and climate agenda”.  This kicks off the opportunity for the public to comment on what they have planned.  Given the intrusive changes to lifestyles, risks to a reliable electric system, substantial cost increases, serious environmental impacts of the necessary wind, solar and storage technologies, and the lack of any direct global warming benefits it is imperative all New Yorkers get involved with the comment process.

I have summarized issues with the Climate Act and  written extensively on implementation of it because I believe the solutions proposed will adversely affect reliability and affordability, will have worse impacts on the environment than the purported effects of climate change, and cannot measurably affect global warming when implemented.   The opinions expressed in this post do not reflect the position of any of my previous employers or any other company I have been associated with, these comments are mine alone. 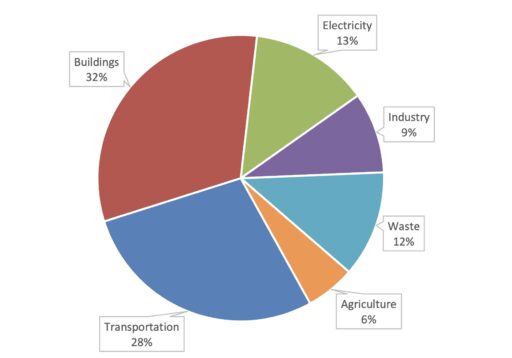 The Climate Leadership and Community Protection Act (Climate Act) was passed in 2019 and became effective on 1/1/2020.  Climate Action Council has been working since then to develop plans to implement the Act.  Starting in the fall of 2020 seven advisory panels developed recommended policies to meet the targets that were presented to the Climate Action Council in the spring of 2021.

The Integration Analysis implementation strategies were incorporated into the Scoping Plan over the past couple of months and at the December 20, 2021 Climate Action Council meeting they voted to release the Scoping Plan for public comment.  The comment period will be at least 120 days long but there were suggestions that it should be extended.  When finalized the Plan will be used to revise the New York Energy Plan and rulemaking to implement its provisions will begin.

In brief the plan to achieve net-zero by 2050 requires New Yorkers to electrify everything and rely on wind and solar to produce that electricity.  Risky emission reduction strategies from all sectors will be required and personal choices limited. All residences will have to be completely electrified and be “grid-interactive” despite the risks to safety in the event of an ice storm.  In the transportation sector electric vehicles will be required with vehicle miles traveled limits and zoning changes to discourage the use of personal vehicles.

The New York electric gird is a complex system that has evolved over many years.  It is a highly reliable system using proven hardware and procedures.  Reliance on unprecedented levels of wind and solar has not been proven on the scale necessary. The energy storage system technology to account for intermittent wind and solar has not been tested for the proposed use.  The critical reliability resource for winter-time wind lulls does not exist.  These make it an ill-conceived plan that will likely end in a reliability crisis.

When the Climate Act eliminates New York’s greenhouse gas emissions the effect on global warming will not be measurable.  The expected impact on global warming of eliminating New York emissions is only 0.01°C by the year 2100.  More importantly, New York’s emissions will be negated in a matter of months by countries in the developing world building their energy systems with reliable and affordable fossil fuels.  To deny those countries the benefits of plentiful electricity using those fuels is immoral.

The Climate Act only accounts for fossil fuel life-cycle costs and environmental impacts while ignoring the life-cycle impacts of wind, solar, and energy storage technologies.  Those “zero-emissions” resources may not have emissions when generating electricity but the volume of materials needed to access dilute wind and solar energy and the rare earth elements necessary for those technologies certainly have environmental impacts when mined and processed.  The large number of wind turbines and solar panels will also create massive amounts of waste when they are retired.

Most New Yorkers are unaware that the Climate Act exists.  Given the constant biased coverage of imminent and catastrophic climate change impacts many may agree that something needs to be done.  Unfortunately, the bottom line is that we don’t have the technology today to meet the ambitions and schedule of the Climate Act and maintain current reliability standards and affordability.  Given the issues outlined above I think New Yorkers will agree with me that the State should reconsider the targets and schedule of the law.

According to the press release:

“The release of the Draft Scoping Plan, available at the New York State Climate Act website (leaves DEC website), kicks off a 120-day public comment period beginning Jan. 1, 2022. New Yorkers are encouraged to submit comments via the online public comment form, via email at , and via U.S. mail to Attention: Draft Scoping Plan Comments, NYSERDA, 17 Columbia Circle, Albany, NY 12203-6399. The public comment period will also include at least six public hearings across the State. Details and information about how to participate in the public hearings will be announced in early 2022.”

In order to raise awareness please alert any New Yorkers you know that the public comment process has started. The other side of the story is available at Citizens Guide to the Climate Act.