[Editor’s Note: Corrupt Andrew Cuomo exploited fear of fracking to advance his own future while stealing that of his Southern Tier constituents.]

I remember well the power of fear as a child and it’s influence on my upbringing, Perhaps some of you reading this blog had the same experience. My parents would say things like “brush your teeth or they’ll fall out of your mouth,” “eat your veggies or you won’t grow” and many other things that motivated me to do their bidding. Today, I’m in my late 60s and still have all my teeth and I am 6 feet 3 inches tall. Yet, despite the fact biology is largely responsible, fear gets more than its share of credit for my choppers still being fixed firmly in my jaw; a tribute to its power. It’s the same with fear of fracking. 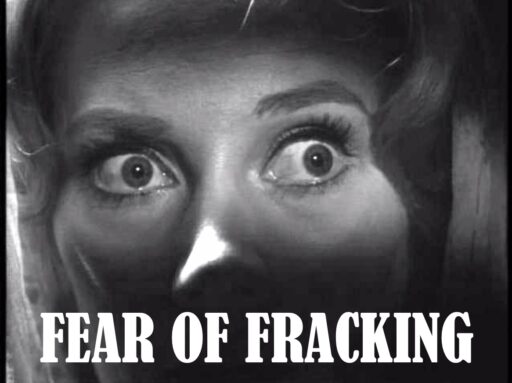 A false image conjured up by a lying manipulative governor.

Recently, I saw a video in which Robert Kennedy, Jr. was talking about the COVID vaccine. Kennedy has long been known to be an anti-vaxxer but, in his video, he effectively described the power of fear. He stated that tyrants seldom rise to power through fear, but once the became powerful, they use fear to keep themselves in power. He argued, convincingly I’d say, that government deploys fear as its tool of choice for retainin control.

Since getting involved in the local fracking debate back in 2008 I have often spoken about how I went from being anti-frack to pro. I’ve told the story many times of how I went to a meeting and was handed a sheet with 15 questions compiled by something called New York Residents Against Fracking (NYRAD for short). If you answered yes to any of those questions you were just plain stupid. It was fear of fracking on steroids. I can’t remember them all but these are a few I do seem to recall:

They were the type of idiotic questions generated by members of NYRAD who simultaneously about their doctorates in this or that. Think about this tactic and Kennedy’s speech on the use of fear by government. Can you see where I am going?

We landowners never had a chance because we fought fairly, while our enemies used fear of fracking as a political blunderbuss! We believed in education and promotion of the science. Heck, this was the mission statement of the Joint Landowners Coalition of New York (JLCNY). We met at schools, churches, legion halls and other venues with reams of science-backed information, testimonial from Dr.s of Medicine, Geologists, Physicists, Scientists and government officials who had years of experience in dealing with drilling and fraccking.

Our side even had the assistance of a great documentary called Fracknation, done by Phelim McAleer, a well known journalist and fact-finder. But, we could not stand against fear with facts, as truth in the face of emotion is by far the weaker of the two. History shows Kennedy, Cuomo, Dr. Zucker , and NY-DEC commissioner Joe Martens used public fear, created by provocateurs of misinformation, weaponizing it on December 17, 2014 to kill the drill in impoverished Upstate New York.

Now, here we are 11 years later with two of the same rulers still in place in New York—Cuomo and his hack Health Commissioner, Zucker), both shown to be incompetent and corrupt liars under investigation for crimes against humanity. No, that’s not a defamatory statement; it’s all over the news. These two men, who shamelessly exploited fear of fracking, may be responsible for the deaths of up to fifteen thousand nursing home residents. Zucker’s charge was to protect the health and safety of all New Yorkers, just as Governor was. Both, in my opinion, chose politics and power over the people in their care. Everyone in this country is, of course, is innocent until proven guilty, but Cuomo’s pretending that he is above the law seems to have hit its expiration date.

This gets me to my main point. Should we not be entitled to revisit the actions taken to ban fracking in Upstate New York? We always new corruption was at the root of banning fracking. It was never more prevalent then when Sheldon Silver, (Cuomo’s ally and second most powerful man in Albany at the time) was brought up on corruption charges. He solicited fracking lawsuits for his law firm, exploiting his government power for private benefitHe’s now in prison. So, should not landowners get what Democrats call a “Special Fact Finding Commission” to learn out how and why fear of fracking was used to needlessly condemn Southern tier residents to poverty? Where is our justice denied and why was it delayed? That is the question and now that fear of fracking has been exposed as a lie by more than a decade of experience proving there’s nothing to fear, it’s time for action.