Editor’s Note: It’s unclear if Joe Biden has a clear idea about anything, but he certainly doesn’t understand energy or anything about how it’s produced.

In his debate with President Trump on October 22, Democratic Party presidential candidate Joe Biden said he would rid the nation of oil and gas—“over time, over time”. Biden’s costly and radical energy transition from oil and natural gas to renewable energy would hurt the U.S. economy, put the United States on a path to third-world status, subject the nation to rolling blackouts as the nation saw in California this past summer, lose American jobs to offshore countries, and help China to prosper more than ever for the Chinese control the supply chain for the critical metals that the United States needs for solar, wind, and electric vehicles. Biden’s transition is reminiscent of Germany’s Energiewende, or energy transition to renewable energy, where Germans are already paying three times the amount for residential electricity as U.S. homeowners. 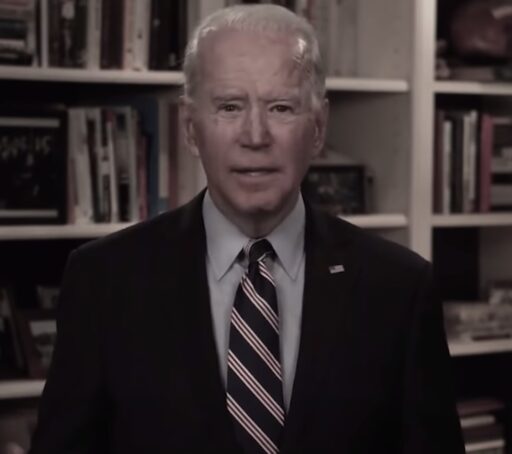 The oil and gas industry receive tax deductions, not credits that are mainly targeted to small independent oil and natural gas producers, rather than the major integrated oil companies. One of the tax deductions is provided to all U.S. manufacturing firms, not just oil and gas producers, while the others are for typical business deductions in the tax code akin to research and development costs available to all industries.

Tax credits are something quite different.  In the case of wind, producers are literally paid by taxpayers to produce energy, whether it is needed or not. For solar, taxpayers assume a percentage of the capital cost of the systems. These are dollar-for-dollar credits against taxes owed, rather than deductions, which allow for tax obligations to be reduced by whatever tax rate applies.

The advantages and disadvantages of these incentives vary greatly in terms of benefits—revenues to the government, employment, and energy contribution. The small tax benefits available to oil and gas producers pale in comparison to the vast sums of taxpayer money being handed to wind and solar generators, especially when compared to the relative amounts of energy they produce. After billions of dollars to the wind and solar industries, the U.S. economy gets less than 4 percent of its energy from wind and solar, compared to 69 percent from natural gas and oil. And, wood produces more than twice the energy solar does.

At the debate, Biden said, “I do rule out banning fracking because the answer we need, we need other industries to transition, to get to ultimately a complete zero emissions by 2025. What I will do with fracking over time is make sure that we can capture the emissions from the fracking, capture the emissions from gas. We can do that and we can do that by investing money in doing it, but it’s a transition to that.”

Biden appears to have upped his zero emissions economy by 25 years from 2050 to 2025. It would be hard enough and extremely costly to achieve that goal by 2050, much less 25 years sooner.

Biden added, for the first time, that he wants to capture the emissions from fracking. To do that he needs a technology called carbon capture and sequestration. A recent study showed that only 6 percent of existing coal and natural gas industrial and power plants could qualify for the current tax credit and economically retrofit to the carbon capture and sequestration technology. That is, only 418 U.S. facilities from over 6,500 could make the transition. Who is Biden trying to kid.

While solar and wind energy, on a capacity basis, are the fastest growing industries in the electric sector, they only provided a combined 9 percent of generation in 2019 after decades of subsidies compared to coal and natural gas that provide 62 percent of generation. Wind and solar are intermittent technologies and generate electricity only when the wind is blowing or the sun is shining, regardless of whether electricity demand is high or low. This means that wind does not have much capacity value; it cannot be dispatched on an as-needed basis as coal, nuclear and natural gas technologies can. Thus, wind and solar get preferential treatment when they are available so that state mandates can be met and their industries can receive tax credits, which in the case of wind, literally pays them to generate electricity, regardless of whether the generation is needed at that time.

In reality, Biden’s proposed transition from oil and gas to renewable energy would result in lower pay for blue-collar workers and possibly lower benefits as well. According to data from the Bureau of Labor Statistics for 2019, the median annual pay for petroleum engineers was $137,210—three times that for solar panel installers ($44,890) and 2.6 times higher than the average salary for a wind turbine technician ($52,910). Even petroleum pump system operators and refinery operators ($72,570) made more than solar and wind technicians by 40 to 60 percent.

Assuming that solar and wind employees work 40 hour weeks over 52 weeks of the year and using the above salaries, solar installers would make $21.58 an hour and wind turbine technicians would make $25.44 an hour—twice what Joe Biden is boasting his plan would produce. Plus, he would disrupt families, forcing them to move and the breadwinners to retrain for an entirely different work force.

Joe Biden, if elected, would ruin America’s energy system, force the country toward third-world status, and hand China supremacy with its command of the critical elements needed for renewable energy technology, weapons, cell phones, and other technologies. Americans have a choice to keep the nation’s low cost and abundant energy resources fueling the U.S. economy or making a costly and radical transition to an energy future that some countries have tried only to see their follies.