Joe Biden Must Be Saved? Yes, And Here Is How!

Joe Biden Must Be Saved? Yes, And Here Is How!

The European energy scene is one that must serve as an example for America; an example of precisely what not to do. Yet, California and New York are copying it.

It’s now clear beyond any doubt. Joe Biden is the worst President of my lifetime. He is, as I’ve said before, an empty husk chosen by radical leftists of his own political party to win a nomination he was losing badly and be their puppet. They knew they Bernie would take them down big-time in the general and they substituted Joe Biden, who they knew they could get to do the same things as Bernie in the guise of everyone’s harmless buffoonish uncle.

So, here we are, 15 months into his administration with everything collapsing. Russia, enabled by his Nord Stream waiver and the surrender of Afghanistan, has attacked Ukraine. The Chinese Communist Party (CCP) is threatening us in myriad ways. Consumer price inflation is at a 40-year high; wholesale price inflation the highest ever recorded in the US. We are facing a the loss of the dollar as the reserve currency and we will soon have unaffordable interest rates that, more likely than not, put us into deep depression. It is a Joe Biden created disaster. But, I’ve decided we all need to help Joe Biden and save him from the perils of his own handiwork. 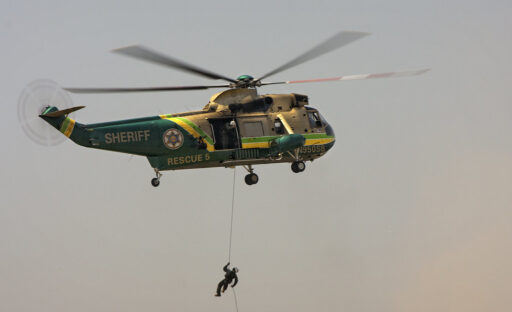 Can we save Joe Biden?

That may sound strange, but we have to keep our eyes on the ball and save America above all else. Joe Biden, right or wrong (100% wrong in my view), and a man whose actions I deplore in every respect, is the titular leader of this nation and it is the nation we must save, so Joe Biden must be saved with it. Moreover, I know how to save it, as do most of you. The one thing—the only thing—that will save America right now by addressing the Russian and CCP threats, the inflation and the loss of the dollar as the world’s reserve currency is energy dominance.

Joe Biden doesn’t grasp this, or much of anything else for that matter, but the energy dominance Trump left America is the key to everything. The radicals behind Biden told him to kill the Keystone XL, to grant the Nord Stream waiver, to cancel oil and gas leases, to smother oil and gas everywhere, to fund unreliable renewables in the extreme and to beg Iran, OPEC and Venezuela for oil. He did as he was told and everything quickly went to Hades in a hand basket. That’s the bad part. The good part is that it is all quickly reversible if Joe Biden wants his “Sister Souljah moment.”

A “Sister Souljah moment”is aptly described on Wiki as “a politician’s calculated public repudiation of an extremist person, statement, group or position that is perceived to have some association with the politician’s own party.” Bill Clinton did during his 1992 campaign when Soulja used a music video to say “If there are any good white people, I haven’t met them.” Clinton condemned her words and established his bonafides as middle roader, although he was anything but. Years later, he wisely signed onto the greatest welfare program ever undertaken (after vetoing it twice) despite it coming from Republicans, largely from the same desire to grab the middle ground.

Joe Biden, to save himself and us, must do the same thing on energy. He must declare an emergency and use his authority and whatever meager political capital he still retains to reassert a US desire to be energy dominant. The current crisis in Ukraine provides all the excuses he needs; repelling the Russian bear, giving Europe alternative energy sources and fighting back against inflation he created but blames all on Putin. As part of his emergency declaration he could announce the following:

These measures would do for Joe Biden what Clinton’s “Sister Souljah moment” did for him; make it look as if he was centrist and a leader willing to confront the wackos among his own constituents. We’d immediately see oil and gas prices decline, Europe enabled to refuse Russian gas they now have to buy in rubles, a strengthening of the dollar, inflation eased and a restoration of US energy dominance.

We’d also see the CCP and its friends at the World Economic Forum and UN thrown back on their heels for a bit as US energy dominance and leadership reasserted themselves on the world stage. Joe Biden would look 100% better than he does today, although he’s still well past his expiration date. Yes, the majority of Democrats would cry uncontrollably and call him names but the leadership would fall in line and protect him as hypocrisy is a feature of leftism, not a bug. He’d easily survive the loss of two-thirds of his party and create a legacy as the President who stepped up and did what he had to do when it counted.

Would he do it? Could he? It’s doubtful but would Jill tell him to do it? That would seem our best option to avoid calamity because it’s coming and quickly if we don’t save Joe Biden (for now).