John Kerry is the epitome of the out of touch elitist who populates our ruling class; a perfect mountebank if there ever was one and he’s our “climate czar.”

Nothing should surprise us anymore. I had no sooner had written this morning’s post on the sheer awfulness of the West’s ruling class than something new came across the screen that is shocking. It’s from John Kerry and it is beyond despicable. It demonstrates how little respect, or even interest, the gentry class to which this elitist climate czar belongs has for the ordinary people. Or, science.

Did you watch the video?

Did you hear this condescending snob say climate was his concern about the Russian attack on Ukraine?

Did you hear him say he was worried the war in which people will die, lose their homes and see their lives destroyed would be a distraction from his global warming crusade? The same one that has weakened Europe tremendously, while creating dependency on Russia?

Did you hear him suggest the climate impact from emissions resulting from the war would somehow be significant, even though China and India emissions are completely dwarfing all of Europe’s emissions?

Did you hear him naively suggesting Putin might actually give a damn about emissions? That Putin should consider the fact Siberia might be warming, despite the fact “Climate Change Could Make Siberia an Attractive Place to Live,” we’re told? 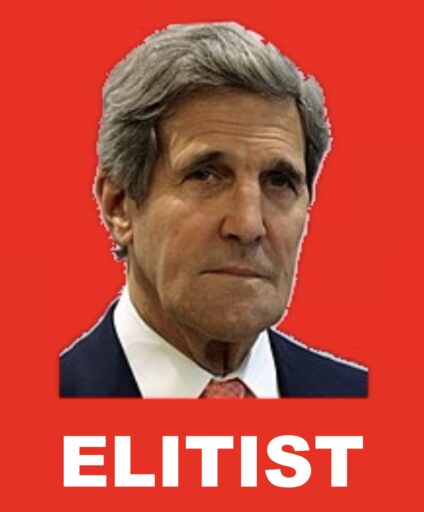 This man is the poster child for elitism and a ruling class that got us into this situation. The thought Putin might be attacking Ukraine to prevent it being an obstacle to Russia shipping gas to Europe apparently never occurred to John Kerry, just as he didn’t know to keep his mouth shut on the day the failure of his global warming was on display for all to see.

We are doomed unless we replace this ruling class.