Do political, agenda-driven “researchers” never tire of spinning false narratives around fracking? When Michael Bloomberg pays your salary (as he does for researchers at the Johns Hopkins Bloomberg School of Public Health), apparently not. Back in 2016, Brian Schwartz, a fellow at the Post Carbon Institute (virulent anti-fossil fuel group) was among a group of researchers who published a junk science report claiming fracking in PA gives you headaches. He’s baaaack! This time Schwartz says PA fracking gives you (gasp)…heart failure. 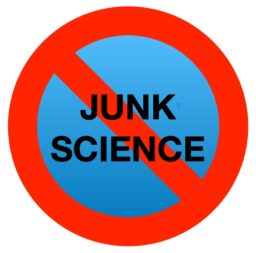 Energy in Depth did a devastating critique of Schwartz & co’s 2016 shoddy “research.”  We suspect they will do the same with this latest study.

Here’s how the unquestioning, compliant sycophants in the media report reported in part on this latest faux research study from Johns Hopkins (full copy available here):

Exposure to hydraulic fracturing (“fracking”) activity in central Pennsylvania posed a risk for acute heart failure, according to data from the Geisinger health system.

People hospitalized with heart failure were markedly more likely than non-hospitalized controls to have been living in areas with more fracking activity for natural gas (taking into account the number, size, and location of wells) in the 30 days before hospitalization, Brian Schwartz, MD, MS, of Johns Hopkins Bloomberg School of Public Health, Baltimore, and colleagues reported in the Dec. 15 issue of the Journal of the American College of Cardiology.

In particular, three out of the four phases of such unconventional natural gas development (UNGD) were implicated when investigators compared heart failure hospitalization rates in the highest and lowest quartiles of patients by nearby fracking activity…

“Stronger associations between pad preparation, stimulation, and production activity are consistent with known environmental exposures associated with these phases, including increases in air pollution, traffic, and noise,” according to Schwartz and colleagues, who noted that their findings persisted despite adjustment and sensitivity analyses.

The relationship between gas extraction by fracking and hospitalization was especially strong in people with more severe heart failure, study authors noted.

Thus, the data support the idea that vulnerable people with severe heart failure might be more susceptible to adverse effects of UNDG activity that could lead to hospitalization and even death, commented Madelon Finkel, PhD, of Weill Cornell Medicine in New York City, who was not involved with the study.

“That being said, not everyone who has been exposed to UNDG will develop heart failure,” she cautioned, citing factors such as duration and amount of exposure.

“This was a very rigorous study and raises many questions about how to manage patients with heart failure who live in areas with active UNGD,” she said. “The problem is that short of packing up and leaving the area, there is not much one can do to protect oneself from possible harm from UNGD.”

The case-control study included heart failure patients who had been seen at Geisinger health system in Pennsylvania from 2008 to 2015. The large Marcellus shale that underlies much of the land in the area has undergone natural gas extraction by fracking since 2004.

Institutional electronic health records turned up 5,839 patients with heart failure hospitalizations who were matched to 3,215 controls with an outpatient visit or medication order sans heart failure diagnosis code. The cohort had a mean age of 71 years, and fewer than half of participants were women.

Unsurprisingly, the group that was hospitalized was sicker than controls.

As part of their statistical adjustment, Schwartz’s team used patients’ residential addresses to determine socioeconomic status, distance to major and minor roads and to Geisinger hospitals and clinics, and greenness of the neighborhood.

They did not find effect modification by reduced or preserved ejection fraction status.

Study authors acknowledged their reliance on ICD-9 codes to identify people with heart failure and the possibility of residual confounding possible given the insufficient records on alcohol use, diet, physical activity, and occupation.

However, unmeasured confounding is unlikely to explain the effect estimates found, they argued.

Here are a few of our own observations about the study:

As we said in our opening, the study was funded by Michael Bloomberg and one of the lead researchers belongs to a virulent anti-fossil fuel organization. This is not research. This is propaganda.

Editor’s Note: I have a few additional observations: