Josh Shapiro Is As Anti-Gas As It Gets; Do the Trades Get It?

Josh Shapiro Is As Anti-Gas As It Gets; Do the Trades Get It?

[Editor’s Note: Josh Shapiro has sold out to elitists who want to ride the corrupt global warming scam into a land of more power and more riches at the expense of workers.]


Josh Shapiro is either at odds with his own attorney general’s office or he is telling union workers what they want to hear when asked about pending climate change regulations.

His track record suggests that as governor he will jump in with both feet to implement anti-energy policies that will restrict industry activity while imposing carbon taxes on businesses and residents. For starters, Shapiro attacked Pennsylvania’s natural gas industry in a June 2020 report with enough misinformation to make Russian oligarchs stand up and cheer. 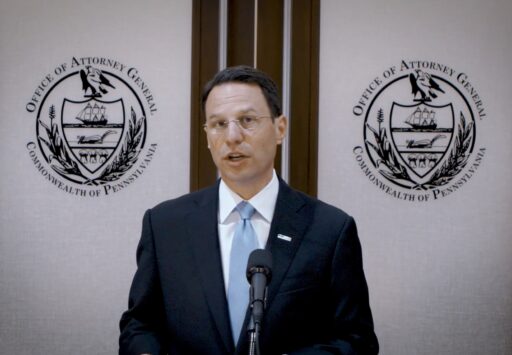 Attorney General Josh Shapiro conducting one of his attacks on the natural gas industry in 2020. It was a political charade , like virtually all of Shapiro’s demagoguery. More than two years later there has been no trial. It was all political posturing as is the norm with this phony.

In reality, innovative drilling techniques have made it possible for the commonwealth to extract abundant supplies of oil and natural gas in the Marcellus Shale that were previously beyond reach. The geological formation of sedimentary rock, which cuts across large portions of Pennsylvania, is key to helping make America energy independent and less reliant on hostile foreign sources.

The Marcellus Shale Coalition sent an open letter addressed to every member of the General Assembly challenging Shapiro’s claims. The attorney general’s assault on the energy industry is riddled with “factual inaccuracies, misrepresentations, legal omissions, and unsubstantiated allegations,” according to the letter. So, despite what he says on the campaign trail, is Shapiro really a friend of industries that provide private sector union workers with stable, well-paying jobs?

After declaring his candidacy for governor last October, Shapiro released a statement indicating he had misgivings about the Regional Greenhouse Gas Initiative, a multistate climate change agreement widely known as RGGI that includes eleven New England and Mid-Atlantic states. But just a few weeks later, the attorney general’s office approved the rule enabling Pennsylvania to join RGGI. A spokesperson for the office issued a sly, lawyerly comment attempting to give Shapiro cover.

His fellow Democrat, Tom Wolf, the outgoing governor, has made climate change initiatives a top priority of his administration. Although Wolf compelled Pennsylvania to join RGGI in April, the Commonwealth Court has stepped in with preliminary injunctions preventing the governor’s Department of Environmental Protection from implementing “cap and trade” regulations that are essential to the initiative. Participating states require electric power plants with a capacity of at least 25 megawatts to purchase carbon allowances at quarterly auctions whenever utilities surpass the greenhouse gas initiative’s predetermined cap on CO2 emissions.

Since litigants from industry and labor made a persuasive argument that RGGI would trigger carbon taxes that only the state legislature can approve, the court agreed that Pennsylvania must refrain from participating until the constitutional questions are resolved. State senators made a similar argument in a separate, but related case where the court again concurred with the concerns raised about executive actions that might violate the separation of powers. As a result, Pennsylvania did not participate in the latest auction that took place on September 7.

Therefore, what happens next with regulations targeting the energy sector in Pennsylvania, depends in part on who is elected as the next governor. State Sen. Doug Mastriano, the Republican candidate, has already voted in favor of legislation that would prohibit the governor from joining RGGI and imposing carbon taxes without a vote in the General Assembly.

As governor, would Shapiro sign off on a similar bill? While the Wolf administration claims RGGI involves regulatory fees as opposed to taxes, the commonwealth court is not buying that argument. Commonwealth Judge David Wojcik made that clear in both court opinions. In the case brought by unions and industry groups, the judge made the following observation:

“There is no dispute that petitioners will face increased costs as a result of the rulemaking, with respect to both the cost of purchasing the CO2 allowances and the costs associated with the required submission of a new permit application incorporating the CO2 Budget Trading Program requirements. There is also no dispute that this increase in costs will ultimately be passed on to consumers.”

Now would be a good time for rank-and-file members to ask their leadership what kind of return they expect on their investments to someone with a history of hostility toward Pennsylvania’s homegrown energy supplies.

The “cap and trade” regulations limiting carbon dioxide emissions will directly impact trade union members who work in the energy industry on power plants, gas pipelines, refineries, and other fields.

Shapiro attempted to distance himself from Wolf’s climate change plans, his office approved the rule enabling Pennsylvania to join RGGI. In contemporary campaign lingo, it might appear to some constituents Shapiro was against RGGI before he was for it. Except that he has never expressed unambiguous opposition.

Tom Shepstone, an energy policy consultant who operates the Natural Gas Now blog out of Wayne County, expressed some optimism that more union members are becoming attuned to the dangers associated with anti-energy initiatives flowing out of the Biden White House at the federal level and the attorney general’s office at the state level.

“Shapiro is as anti-gas as it gets,” Shepstone said in an interview. “His actions on pipelines and his phony criminal prosecutions of the industry for headlines are meant to deceive hardworking, patriotic trade union members whose internationals are dominated by public employee unions and will sell them out in a heartbeat to support Shapiro. Today, the trades are noticing the sellouts. They saw how the first thing [President] Biden did was to cancel the Keystone Pipeline, which was a punch in the gut to them, so I am very hopeful members of the trades are going to vote against Shapiro, knowing full well his treacherous game.”

This article originally published at BroadAndLiberty.com and reposted here with permission of the author.