Josh Shapiro: Will He Sell Out Labor to Please Enviros?

Josh Shapiro: Will He Sell Out Labor to Please Enviros?

[Editor’s Note: Josh Shapiro will now face a huge test. Will he, like some many other Dems, sell out his labor allies to please enviros or balance energy and environment?]

With Democrat Josh Shapiro as a newly inaugurated governor and a new legislative body, Pennsylvania will either shine as an energy superstar or continue down the dim path of economic decline.

The commonwealth is a national leader in energy production despite being stifled by onerous regulations, market-distorting subsidies and an irrational hostility toward fossil fuels. 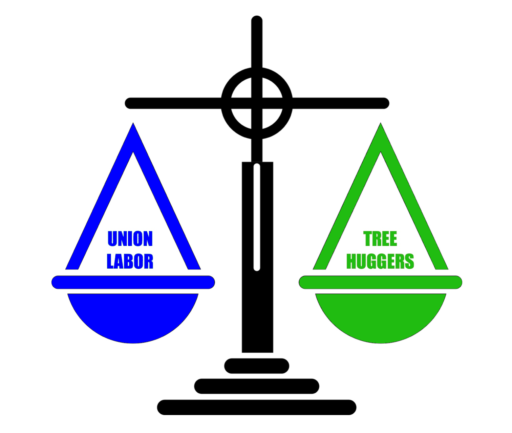 Which way will Josh Shapiro go? Or, will aim to be a different type of Democrat?

Shapiro’s energy policies will have implications for the power grid’s reliability throughout the Northeast, thousands of jobs in the coal and natural gas industries, and the competitiveness of manufacturers statewide. Residential electricity rates—already up an average of 73 percent since 2020—will continue to erode Pennsylvania’s competitiveness unless the status quo changes.

In 2021, the Keystone State exported more electricity than any other state, according to the Independent Fiscal Office. The U.S. Energy Information Administration lists Pennsylvania as the second-largest net supplier of total energy to other states, after Texas, and the third-largest coal-producing state, after Wyoming and West Virginia. Pennsylvania natural gas production hit a record 7.6 trillion cubic feet in 2021, second only to Texas.

Energy producers managed that despite a regulatory regime inclined to abuse its authority. For example, the Department of Environmental Resources (DEP) of the previous governor, Tom Wolf, tried to impose new regulations on coal mines that directly contradict existing law. DEP withdrew the proposal only after the Independent Regulatory Review Commission disapproved it.

During his tenure, Wolf repeatedly attempted to enact a severance tax on natural gas—an industry already burdened by more than $6 billion in special taxes and fees over the last decade. In 2019, Wolf began his unilateral push for entry into the Regional Greenhouse Gas Initiative (RGGI), while being opposed by legislators, labor unions, and the public. RGGI, currently under review in the courts, is a carbon tax on electricity generators that would cost Pennsylvania consumers $800 million a year and simply move most of the emissions to neighboring states.

Will Shapiro take a more reasonable approach to energy regulation?

Shapiro’s been lukewarm about the carbon tax, saying it’s “not clear” whether RGGI would “address climate change, protect and create energy jobs and ensure Pennsylvania has reliable, affordable and clean power for the long term.”

With allies in both the environmental and labor communities, Shapiro’s campaign rhetoric alternately addressed the interests of both—speaking sometimes of permitting reform to speed approvals of energy projects and other times of severely restricting gas-well drilling. “Josh refuses to accept the false choice between protecting jobs or protecting our planet,” said his campaign website.

As attorney general, Shapiro charged natural gas drillers and pipeline operators with criminality for offenses ordinarily handled as civil matters. Industry supporters worry that such treatment dampens business investment in the state. The environmental left labels Shapiro’s criminal prosecutions of producers as only a “slap on the wrist.”

What we do know is that Shapiro proposes to increase alternative energy’s share of retail electricity sales from 18 to 30 percent—a 67 percent boost. The alternative energy program already costs consumers $104 million a year in subsidies and puts power plants fueled by coal or gas at a disadvantage.

While some regulations are important for health and safety, there are too many onerous restrictions that keep the state from producing affordable energy. Shapiro should support a constitutional amendment that ensures the legislature can review and disapprove regulations that unduly restrict energy production. Elected representatives, not unelected bureaucrats, should have the final say over these expansive and costly regulations.

Shapiro should also back regulatory reform that allows power plants and well drillers to continue to operate and employ tens of thousands of people. Three at-risk power plants alone support more than 8,000 jobs.

In 2023, championing good energy policy will be crucial for Shapiro. Developing Pennsylvania’s deposits of natural gas and coal would enhance its role as a global powerhouse and promote the well-being of Pennsylvanians. But further restricting Pennsylvania’s energy potential will continue to drive investments, jobs, and people out of the state.

Gordon Tomb is a senior fellow with the Commonwealth Foundation, a Pennsylvania-based free-market think tank and a senior advisor with the CO2 Coalition, Arlington, Virginia.

Reposted from RealClear Energy with permission of the author.