Junk Science Is the Beating Heart That Never Stops

Junk science comes in a never-ending stream, produced by fractivists, funded by special interests and echoed by empathetic media.

There is no end to junk science claims regarding other global warming or fracking. One ridiculous assertion after another appears in the headlines of news articles written by empathetic writers who imagine advocacy of their pet causes in the guise of reporting is somehow journalism.

It happens repeatedly, the template being as follows: (1) Fractivist grabs grant from some wealthy foundation of trust-funders or politically correct government agency, (2) fractivist digs out some data showing some meaningless correlation with fracking, (3) fractivist writes report implicitly blaming fracking based on nothing but the correlation, and (4) media supporter of fractivist cause writes article echoing and amplifying the superficial report.

And, it’s happened yet again with a post in Science Daily, which should be called Junk Science Daily. It’s titled “Study links hydraulic fracking with increased risk of heart attack hospitalization, death” and it , in turn, has led to media articles with headlines such as “Don’t Go Fracking My Heart.” Cute, but hardly science. 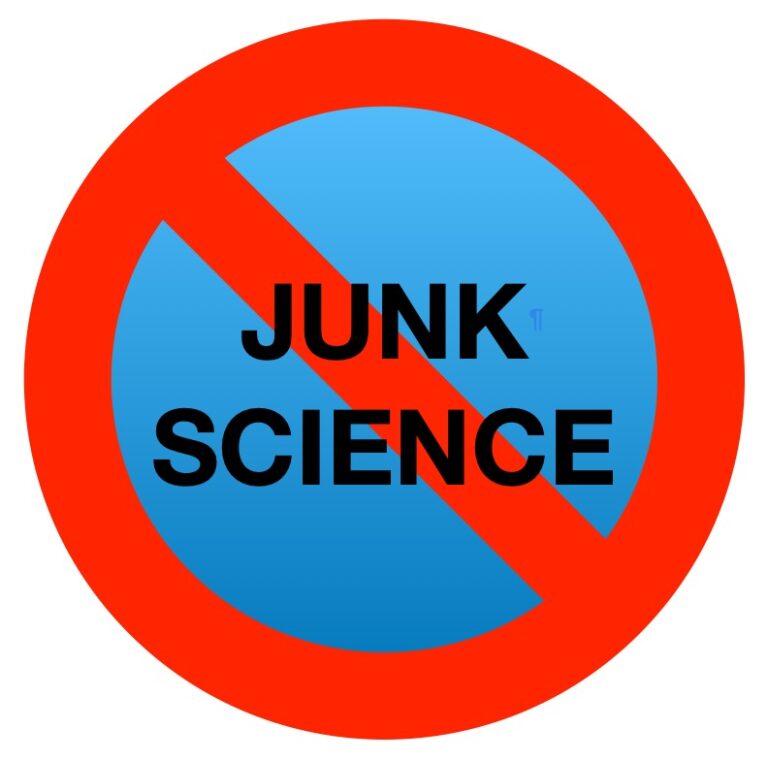 How do we know it’s junk science? Let’s start with a very simple correlation I observed on my own. When I read the name of the lead scientist, Elaine Hill, I knew I had heard the name before, so I quickly did a search on DuckDuckGo and found this about Ms. Hill:

A few years ago, Elaine Hill was a doctoral student in applied economics at Cornell University in Ithaca, NY, studying maize markets in Uganda [1] and dairy supply chains in the northeastern U.S [2]. But when fracking—a controversial, hydraulic fracturing technique used to produce oil and natural gas—became a hot topic in the Finger Lakes region of upstate New York, Hill was motivated to shift gears.

After watching a documentary about fracking, Hill decided to search for scientific evidence on its possible health effects, but found relatively little high-quality data. So, she embarked on a new project—one that eventually earned her a Ph.D.—to evaluate what, if any, impact fracking has on infant and child health. Now, supported by a 2015 NIH Director&rsquo;s Early Independence Award, Hill is pursuing this line of research further as an assistant professor of Public Health Sciences at the University of Rochester School of Medicine and Dentistry, Rochester, NY.

So, we know Elaine Hill came to studying fracking for a purpose; to find data to support her preconceived views, forged from watching a documentary. Was it Gasland, I wonder? Anyone want to take a bet? And, surprise, surprise, she found it not once but at least twice now. I’m seeing a correlation, aren’t you?

Moreover, it’s an interesting correlation that proves my point. Correlation is, pardon the pun, at the heart of almost almost all junk science in that suggests something without the requisite data to show one thing causes another. Relationships, though, don’t prove Elaine Hill is a fractivist simply because she has done two ‘studies’ showing fracking causes health problems. She could be correct on both counts, right?

Except that this is precisely the sort of evidence she relies upon in both cases; she shows more health problems in areas with more fracking and leads us to believe the latter may be the cause of the former, despite the lack of actual causal data. If Elaine Hill expects us to believe she is putting out something other than junk science, that causal data is essential and it’s clearly lacking.

There are, in fact, numerous other possible reasons for such correlations. These include the prevalence of cigarette smoking, for example. How do we know that aren’t more smokers in the Pennsylvania gas regions than the Finger Lakes? Or, more cases of obesity. And, what about cultures? We know there are numerous Amish and Mennonite communities on the New York side of the border; communities who have a quite different lifestyle than those on the Pennsylvania side?

Using data from 2005 to 2014, they observed that heart attack rates were 1.4 to 2.8 percent higher in Pennsylvania, depending upon the age group and level of fracking activity in a given county.

Why was 2005 selected as a starting point? We know fracking didn’t really begin in the region until 2007 or so and didn’t hit it’s stride until at least 2009. So, what is 2005-2007 data doing in the mix? And, what does “depending upon the age group and level of fracking activity” mean? There was no significant level of fracking taking place in 2005 or 2006. Moreover, exactly how was age, culture, obesity and smoking taken into account? What counties were involved? That surely makes a difference. Tioga County, New York, where the largest employer for years was IBM is a whole lot different than Lycoming County, Pennsylvania, which has a steel industry.

More to the point, exactly what data is offered to establish a direct connection between fracking and heart attacks? There is none, of course. Instead, we end up with bias-filled junk science reporting such as this (emphasis added):

Natural gas extraction, including hydraulic fracking, is a well-known contributor to air pollution. Fracking wells operate around the clock and the process of drilling, gas extraction, and flaring – the burning off of natural gas byproducts – release organic compounds, nitrogen oxide, and other chemicals and particulates into the air. Additionally, each well requires the constant transportation of equipment, water, and chemicals, as well as the removal of waste water from the fracking process, further contributing to air pollution levels. Fracking wells remain in operation for several years, prolonging exposure to people who work at the wells sites and those who live nearby.

Instead of the typical single source of industrial air pollution, such as a factory or power plant, fracking entails multiple well sites spread across a large, and often rural, geographic area. In 2014, there were more than 8,000 fracking well sites in Pennsylvania. Some areas of the state have a dense population of fracking wells – three Pennsylvania counties have more than 1,000 sites. Contrast that with New York State, which has essentially banned the process of hydraulic fracking since 2010…

The authors suggest that more should be done to raise awareness about fracking-related risks for cardiovascular disease and physicians should keep a closer eye on high risk patients who reside in areas with fracking activity… They also contend that the study should inform policymakers about the tradeoffs between public health and the economic activity generated by the industry.

“These findings contribute to the growing body of evidence on the adverse health impact of fracking,” said Alina Denham, a Ph.D. candidate in Health Policy at the University of Rochester School of Medicine and Dentistry and first author of the study. “Several states, including New York, have taken the precaution of prohibiting hydraulic fracturing until more is known about the health and environmental consequences. If causal mechanisms behind our findings are ascertained, our findings would suggest that bans on hydraulic fracturing can be protective for human health.”

The tone of this press release is pure fractivist; unadulterated bias intended to support Andrew Courruptocrat Cuomo’s ban, the Governor routinely throwing taxpayer money its way to pay for more research. The facts are also wrong as any casual observer will see. Isn’t it interesting, too, that the press release suggests economic development is at war with health when we know the exact opposite is the case.

Note, finally, the “if causal mechanisms behind our findings are ascertained” comment at the very end. Read it again and you’ll realize they’re admitting no causal mechanisms have been ascertained. It appears to be nothing but meaningless correlations assembled by a fractivist team out to verify a pre-conceived notion and please a governor handing them more research money. It’s all junk science if you ask me.