Just a year after opening a new School of Petroleum and Natural Gas (PNG) at Tunkhannock, Lackawanna College announced on Aug. 24 that entry level classes for its two-year program will be offered at the College’s Towanda Center starting January 2023. School officials were on hand as local employees from Chesapeake Energy delivered a gas wellhead that now adorns the Towanda Center’s front lawn at 1024 S. Main Street.

Chesapeake is one of several companies, including Williams and Repsol, that motivated Lackawanna College to offer gas-related courses in Bradford County. “The industry has wanted this here because they want to hire people from the communities in which they are working,” said Sue Gumble, PNG program director for Lackawanna College. The aforementioned companies and others, she explained, will benefit from having a qualified local labor pool.

“It’s beneficial to the industry itself and to build up our talent base in Bradford County,” Towanda Center director Kelly White noted. “We’re still recovering from Covid, and we had a lot of transition to online learning that impacted our numbers. My hope is that adding these courses will start bringing students back to an in-person format. The more that people see our campus being used, the more that they will be interested in what we are doing here.”

The School of PNG started in New Milford, Susquehanna County, and moved to the new Tunkhannock Center in Wyoming County 2021, thereby providing a direct link between students and employers in those two counties, as well as Lackawanna and Luzerne.

“Now we will be able to place students in Bradford, Sullivan, and Tioga counties,” Gumble remarked. “There is just as much industry here as there is in Susquehanna County, and they want to help the community here like they have in other areas.”

“There’s pretty much an assurance of job placement. The industry is looking to link up with these students,” said Rep. Tina Pickett. “Anything that’s hands-on for tech-oriented businesses is so needed on our society, and anything that can bring people to it is wonderful.”

“Trade schools are now dominating the next level of education for high school students,” White stated. “I’d like to see it go well enough to bring some more of the hands-on courses up here eventually.”

“We’ll expand as we see an increase in interest,” Gumble said assuredly.

“Being able to take the PNG 105 class at Towanda will be a great opportunity for Bradford County,” Rupakus maintains. “This will help start a pathway for anyone who wants to work in the industry or help people already in the industry get a degree in what they are passionate about.” Rupakus was already working in compressor station construction in the Montrose area and beyond when she decided to enroll at LC PNG. 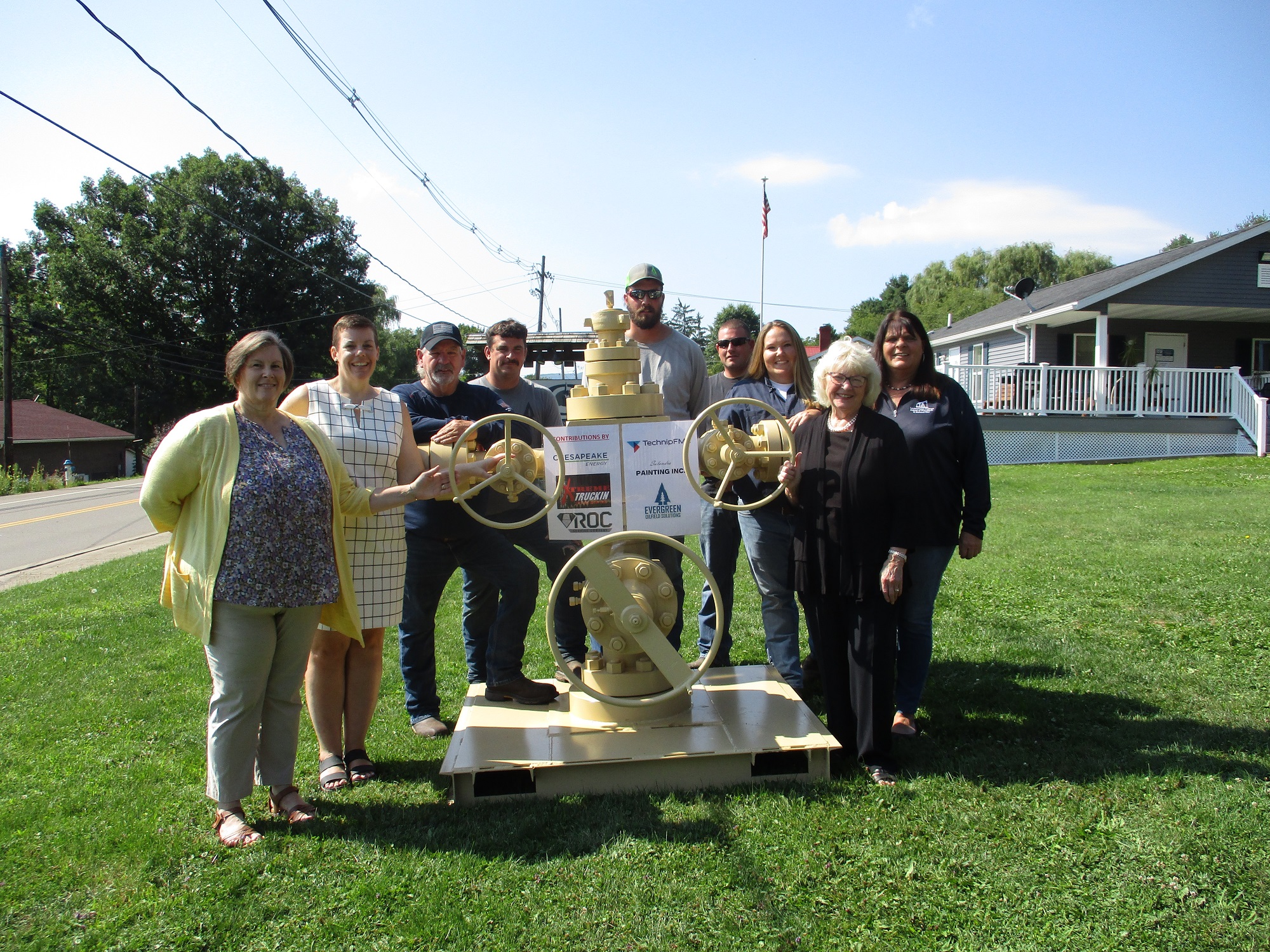 Approximately 325 graduates from the School over the past decade have not only entered the gas fields directly but excelled at their companies because of the level of education and experience the School provided for them. “After seeing how far this degree took some of my friends, I decided to move back to Pennsylvania and pursue the degree,” Rupakus related.

Though 2013 graduate Ashley Knox will not be teaching at the Towanda Center initially, she works for Chesapeake in Bradford County as an optimization foreman and also teaches PNG 135 to second-year students in Tunkhannock.

“I’m so excited to see this happening for students in this geographic area, and I’m hoping that it increases interest among students here. Traditionally, we’ve been tapping the eastern areas of the region for employees,” Knox related. Her students are often coming off their summer internships, and she enjoys seeing the connections they make between what they’ve experienced and what she has to share with them. “I’m able to adjust in real time to changes in the industry, because it’s constantly evolving. There are terms that we used when I graduated that we don’t even use anymore.”

Gumble noted that there are numerous scholarship opportunities, and the industry has played a large role in covering the cost of duel-enrollment programs that allow high school students to build up PNG credits before they graduate and enter Lackawanna College’s program at an advanced level.

To learn more about the School of Petroleum & Natural Gas and how to enroll at the Towanda Center, interested readers can log on to lackawanna.edu/degree/the-school-of-petroleum-natural-gas/.