[Editor’s Note: New York State is pursuing a ridiculous but politically correct and hopeless energy plan. Landowners, however, could push for a more realistic energy plan.]

How many times have we read on social media blogs where someone (including me) has referred to America as “My America” or something comparable?  It’s a little selfish to be sure but, I hope we are all guilty of loving the United States of America!, because we are a citizenry that has accomplished amazing things, including incredible turn-arounds and we need one of those in New York, where our state seems intent on pursuing a Green New Deal energy scheme that cannot work and won’t make any difference when we have the makings a real energy plan right under our feet as landowners. 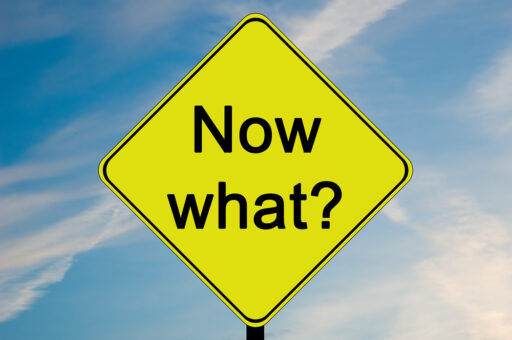 If you follow politics at all then you are surely aware of the divide in this country over everything imaginable. People argue both against and in favor of reparations for slavery, abortion, religion and even our own Constitution with great passion. Are you a man or are you a mother?  Is critical race theory our history, or is it teaching racism to a nation of adolescents whose parents and grandparents fought to end it. Many believed we had progressed greatly in holding that the truth all men are created equal is self-evident, but now we are arguing it all over again it seems, which is sad beyond belief.

We have, over the last 20 years or so, been engaged in another debate which impacts every single USA citizen in a very personal and public way; a debate around energy.  Though energy is available in a multitude of forms — solar, wind, nuclear, hydro and, of course, fossil fuels — some people would have suddenly put all our bets on just supposedly green energy, despite its proven unreliability. These folks even challenge the use of firewood many landowners have aplenty on their properties. It is arguably more green, more natural and more renewable than any other source. Yet, New York legislators want to ban that as well. Nothing less than putting all our energy eggs in one basket, will do for these people, but landowners know better than to depend on one crop, one product or one anything.

One thing has come to light in a very dark way and it’s that everything has become political to a dangerous extent, We see advocates of “green energy fits all” thinking resort to every argument imaginable to make a case they can’t make with facts. They would have us believe New York City will be underwater in a decade if we don’t buy into their scheme, even though they’ve been saying it for two decades already. The tell us we are killing polar bears when the population is increasing. They put phony lists of “the harmed” with nary the slightest basis in science. They tell us solar and and wind are now cheaper than gas even even as they beg to extend subsidies, tac credits and regulations requiring renewables use to avoid a collapse of the green energy scam.

I’ve debated them for 15 years and heard it all. I once was told, by a woman in Oneonta at a Josh Faux rally, that she had a Masters Degree and since I didn’t she needed to do my thinking for me. Yeah…that bad. Talk about elitism!

As one of many Upstate landowners, I closely follow politics, including a lot of reading on energy. I read, in fact, about 10-12 articles a day on the subject. My sources include NaturalGasNOW, Marcellus Drilling News and various other blogs and newsletters from academia, government entities and regional journals. I read different opinions from different perspectives to make up my own mind.

I find sheepskin holders such as the lady from Oneonta to be far less open-minded and far dogmatic than most, certainly most landowners who I know. A good example of this is Tony Ingrafea who ended up, it seems to me, being a mere propagandist during the gas debate in New York. He lent himself, as I view it, to being a tool of the useful idiot class of anti-gas forces; those pushing things toward those who hoped to profit from solar and and wind grifting off the government.

Now, here we are one year into the Biden administration where, because of pipeline shut downs, poor implementation of new drilling regulations, and land restrictions we have a man made shortage of fossil fuels not only in the USA, but in Europe where leaders bought into the Green New Deal only to be left with solar and wind and very expensive Russian fossil fuels that are in the control of one man, Vladimir Putin.

Green energy has become a curse for those who bought into the grifting scam. Here at home we are paying $5.50 a gallon of diesel and $4.40 for gasoline. Home heating fuel is up over 100% from a Trump year ago, Electric… I’m sure by now most of you have seen the 38% increase this past year with providers promising another 28% next year. We cannot sustain ourselves at a middle class level with the rise in fuel and food prices due to the feel good promises always made for target dates way after the nations leaders are out of office. And, landowners face even more hard time with fertilizer prices skyrocketing like never before, not to mention fuel and taxes.

There is some good news!, though!

Polls are showing Americans are fed up with out-of-control energy prices and inflation across the board. There is a 65% majority of both Democrats and republicans calling for the return of drilling and fracking. That would be with the probable exception of New York and California, as they are the first to fall asleep and last to wake up in the economic world of supply and demand.  It is my thought that, moving forward in New York, we should rebirth a landowners’coalition with a new approach to bring drilling to the state; different winning approach.

Now is the time to put pressure wherever and however possible on our heretofore ignorant politicians and educate them as to what drilling can do for high energy prices, energy security and a revival of Upstate New York’s fortunes. Biden’s terrible decisions, made by those extremists who have co-opted his administration, open the door for new thinking and a realistic energy plan for New York that will actually make a difference. It must be one that doesn’t depend solely on unreliable and ultimately expensive solar and wind and one where our landowners and families can not only survive on but prosper, one that includes development of our natural gas resources. Biden’s colossal energy failures as compared to Trump’s successes highlight a pathway back to a bright future.