According to a column by a Reuters analyst, U.S. natural gas production will need to increase significantly to continue growing LNG exports while ensuring natgas remains affordable for domestic electric power producers, households, and industrial users. This is the first article (we’ve seen) that puts numbers to the claim that LNG exports are beginning to drive the price of domestic natgas to higher levels.


The knee-jerk reaction from the left is to say we must restrict LNG exports to ensure we have enough supplies at lower prices here at home. Leftist politicians think that way (see New England Democrats Ask DOE to Restrict LNG Exports). So too do some Big Chemical companies (see Selfish Big Chemical Join Leftists to Lobby Against LNG Exports).

We have argued that while restricting exports may lower prices in the short-term (note what happened when the Freeport facility went offline following an explosion, see NYMEX NatGas Down 20% in Single Day on Freeport LNG Bad News), it doesn’t take long for drillers to pull back on drilling and production in order to restore the market to more favorable prices. In the end, the free market always wins.

Having said that, if more LNG export plants come online (more are currently under construction or soon to be under construction), and our pipeline infrastructure is maxed out, then we will have less natgas here at home. Which means that yes, our drillers will need to produce more in order to meet domestic demand and keep prices at home from going significantly higher. That’s the point made by Reuters market analyst John Kemp in the following column:

Production of dry gas (stripped of natural gas liquids) totalled 17,329 billion cubic feet in the first six months of the year, according to data from the U.S. Energy Information Administration (EIA).

Dry gas output was up by 944 billion cubic feet compared with the same period in 2019, the last year before the pandemic (“Monthly energy review,” EIA, Sept. 27).

But exports surged by 1,408 billion cubic feet largely as a result of the commissioning of large new liquefaction terminals.

The massive increase in LNG exports has significantly tightened the availability of gas for domestic users and put upward pressure on prices.

The drawdown was the second-largest on record and 65% higher than the average over the previous 10 years.

To maintain and grow exports U.S. gas producers will need to increase their output significantly in both the short and longer term.

The number of rigs employed drilling for gas has already increased to 160, up from 99 at the same point last year, but is only slightly higher than the 146 at this point in 2019, according to field services company Baker Hughes.

A significant share of natural gas output is associated gas produced as a by-product of crude oil production from crude oil wells.

Raw rig counts can be a misleading indicator of production except in the very short term because of changes in drilling efficiency over time.

Current rigs are likely to produce more gas than a similar-sized fleet three years ago because technology has improved, enabling faster drilling, longer underground laterals and a tighter focus on the most gas-rich areas.

But the industry will likely need an even more rigs to meet the high demand for gas from domestic users and export markets in Europe and Asia.

The rise in gas prices will help reduce the shortage, but the more recent downturn in the price of oil is likely to prove unhelpful because it will tend to reduce oil-directed drilling and associated gas output.

The challenge for the industry is to overcome supply chain constraints and scale up output profitably in order to satisfy domestic demand as well as its ambition to remain the primary supplier of the world’s fast-growing gas market.

Kemp provided a “chart book” to back up his analysis (click to read the whole thing): 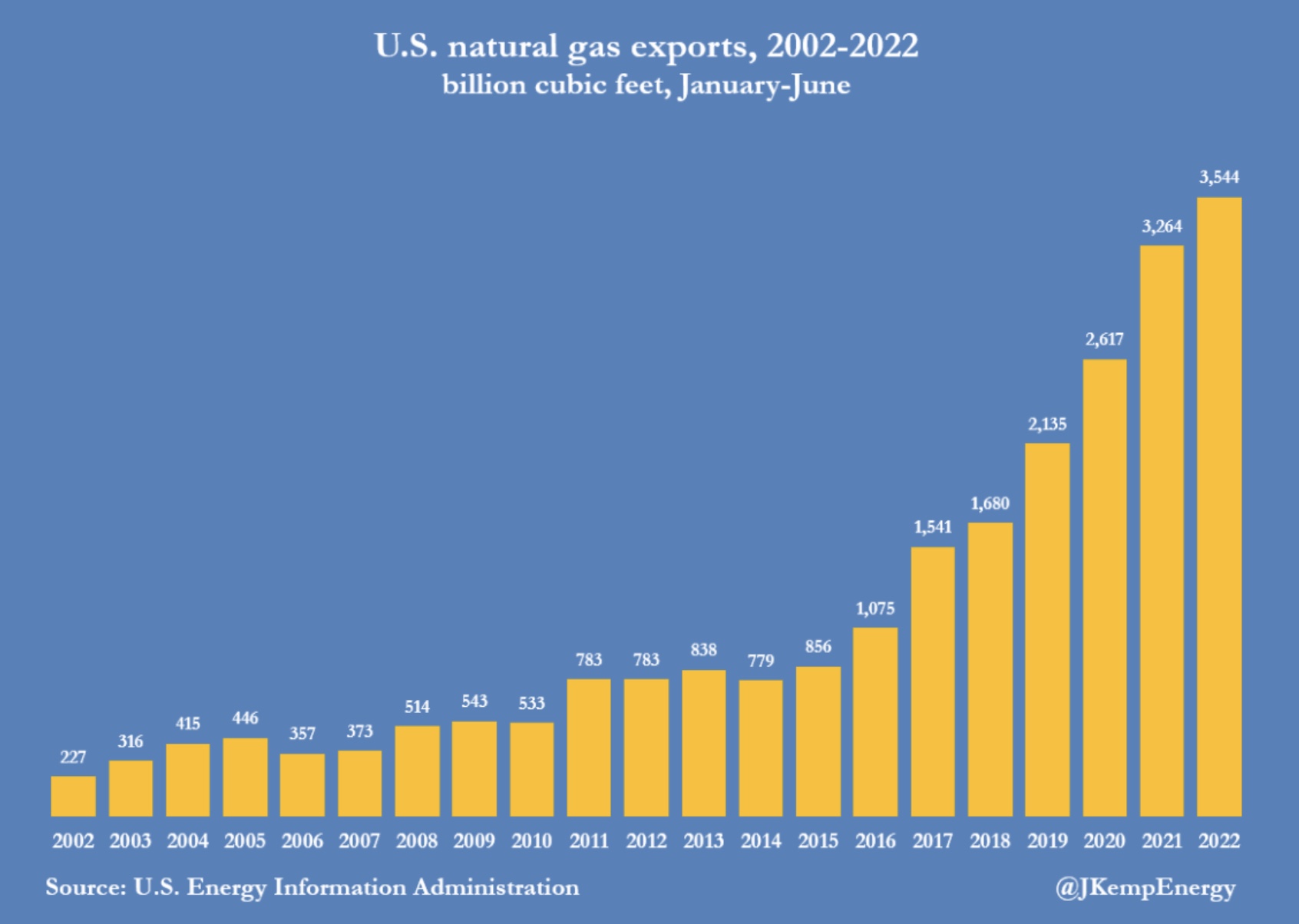