LNG produced in Rockies basins and exported from the North American West Coast to China, India, Japan, South Korea, and Taiwan would produce net life cycle emissions reductions of between 42%-55% if used to replace coal-fired energy generation, according to a new study released by Western States and Tribal Nations (WSTN) Natural Gas Initiative. 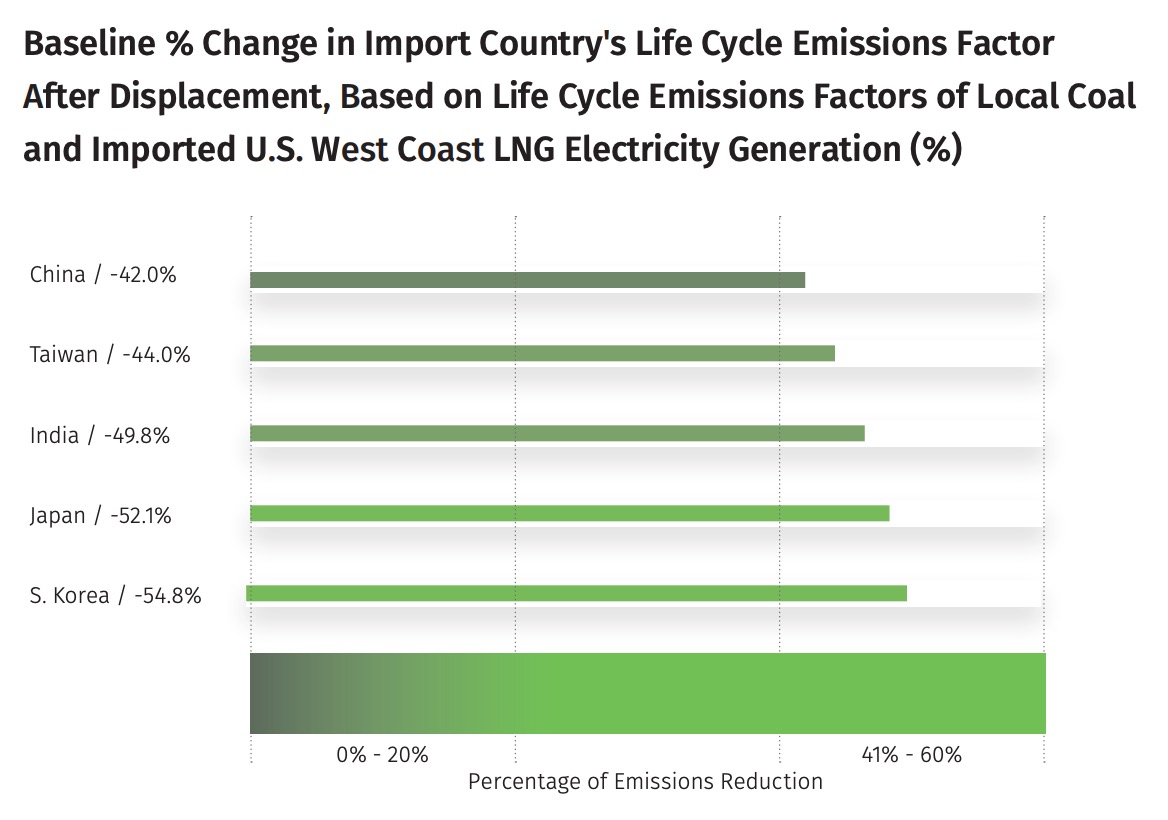 The study, entitled “Life Cycle Assessment of Greenhouse Gas Emissions from Liquefied Natural Gas Exports from North America’s West Coast for Coal-Displaced Electricity Generation in Asia,” accounts for the entire greenhouse gas emissions impact of Rockies-sourced gas by assessing every point of the LNG supply chain. That starts with production at the well head and ends with the emissions from natural gas transmission and distribution in China, India, South Korea, Japan and Taiwan.

Produced in partnership with the Utah School and Institutional Trust Lands Administration (SITLA), the study builds on earlier academic studies that examined the global greenhouse gas savings potential of LNG exports. This new study is authored by Adebola S. Kasumu, Ph.D, P.Eng., who was the lead author of a previous similar emissions study while at the University of Calgary, and Kerry Kelly, Ph.D, and Lauren P. Birgenheier, Ph.D, of the University of Utah.

Other key findings from the report include:

“WSTN is excited to announce that there is now definitive scientific evidence that exporting Rocky Mountain natural gas can significantly reduce global greenhouse emissions,” said Jason Sandel, Chairman of the Board of WSTN. “To me, it is a no-brainer that LNG exports should be encouraged and fast-tracked with broad community and political support. LNG exports are right for the U.S.A. and right for the globe. This study demonstrates that the U.S. can literally export tangible emissions reductions that will benefit the global environment by exporting responsibly produced LNG.”

“If we can facilitate global export of our gas through LNG facilities on the West Coast, we will be able to foster economic development in our tribal and rural communities, promote tribal self-determination, and improve the environment by eliminating natural gas flaring and making cleaner fuels available to Asian energy markets,” said Luke Duncan, chairman of the Ute Indian Tribe Business Committee.

“This study provides the building blocks needed to develop a pathway that elevates Rockies gas into the global Environmental, Social and Governance (ESG) gold standard for LNG,” WSTN President Andrew Browning said. “Our goal was to create a rigorous technical baseline on which policymakers and corporate decision-makers can make forward-thinking geopolitical and commercial decisions that help chart a course toward greater American economic strength and environmental leadership at home and across the world.”

“We sponsored this report to establish concrete data on the environmental and economic value that LNG exports to Asia from the western U.S. can deliver, along with real economic activity and job creation in the rural west and tribal nations,” Frank Hawk, vice president, Southwest Regional Council of Carpenters, said. “Exporting LNG will require new domestic infrastructure that can meet our current and future needs, and create real, concrete jobs now and for the next generation of workers. No country produces energy in a cleaner way than America, and it’s time our policies reflect this while leveraging our natural resources to benefit Americans and the global environment simultaneously.”

To view a Summary of Findings, please click here. The full study is available here.

Reposted from www.westernnaturalgas.org blog with permission of Western States and Tribal Nations.