LNG Is the Solution So Forget the Blame and Solve the Problem!

LNG Is the Solution So Forget the Blame and Solve the Problem!

[Editor’s Note: Garland Thompson shows why the Keystone XL pipeline, killed by Joe Biden at the first chance, was and remains one of the solutions to Europe’s energy crisis.]

President Biden’s Executive Order banning importation of oil and gas from Vladimir Putin’s Russia, cheered by Massachusetts Sen. Elizabeth Warren and her New England colleagues — along with just about every wide-awake citizen across the United States, to be sure — now presents New Englanders with a painful problem: Too much of the natural gas keeping the lights on and heating homes in those Northernmost U.S. states has been arriving  in LNG tankers hauling gas from Russia, to the embarrassment of The Boston Globe‘s Editorial Board, among others. Now, it is no longer available and, quickly, that gas must be replaced, amid an international gas-supply market roiled by shortages and competitive price spikes. 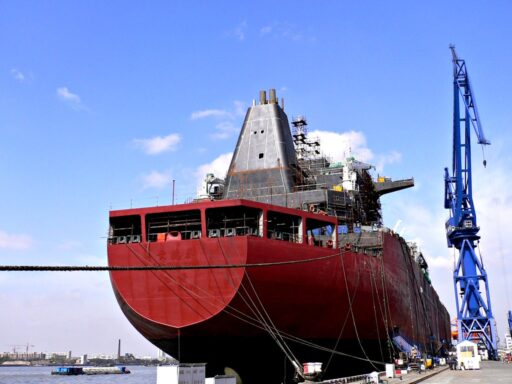 New England, like much of the U.S. East Coast before the shale energy revolution changed the game, once could depend on steady supply of Liquefied Natural Gas shipments from Trinidad-Tobago, but price competition from Pacific Rim customers made that problematic during winters deeply chilled by Polar Vortex winds.

Boston, like its Northern neighbors, was forced to go shopping on the “spot” market for LNG shipments and, too many times, wound up buying shiploads pushed out from an environmentally challenged project in Siberia, producing profits that ultimately supported Putin’s military buildup.

Thus, today, it’s time for those of us residing and working in states like Pennsylvania, West Virginia and Ohio — the Shale Crescent states whose entrepreneurial producers produced a revolution in energy — to develop proposals that could help Senator Warren’s constituents out of the lurch in which they find themselves. To wit:

Might it be possible that Senator Warren and her Northeastern States colleagues will step up, promoting job growth for many Americans while solving a problem she herself has called critical?

Only time will tell.

Editor’s Note: It is possible to build “Jones Act” ships. See this: