Members of the Pennsylvania Energy Infrastructure Alliance today joined legislators and business leaders from around the state to spotlight the safe, responsible development of the state’s pipeline network and related infrastructure and the economic value these projects bring to communities across the commonwealth.

“I cannot stress enough that for thousands of workers across our state, these projects are not just pipelines and processing facilities; they are a lifeline to family-supporting jobs,” said Business Agent Michael Trofa, a 37-year member of Steamfitters Local Union 420, which covers southeastern Pennsylvania, Berks County and the Lehigh Valley. Local 420 is a PEIA member.

Safety is paramount, Trofa said. For example, members of Local 420 must achieve several levels of training to advance. Apprentices graduate to become journeyworkers, but only after a five-year program and 10,000 hours on the job. Having skilled tradesmen on the job to develop pipelines and related infrastructure enhances safety and efficiency in building and maintenance.

“Whether it’s Mariner East or any other pipeline, central to discussions about these projects is public safety — not only for residents and neighbors, but also for the men and women who work along the lines,” said Trofa, who grew up in Delaware County with a pipeline in his backyard. “We understand what’s at stake. Steamfitters live here, work here and train here to possess the know-how and the experience to get the job done right.”

The Philadelphia Building Trades, the umbrella organization for more than 50 member local unions that work in the greater Philadelphia region, including the Steamfitters, just last week signed a Project Labor Agreement for the Marcus Hook Industrial Complex in Delaware County. That agreement is valued at $200 million and covers all on-site construction projects planned for the next two years. The work is expected to employ up to 1,200 skilled labor tradesmen at the natural gas liquids hub. 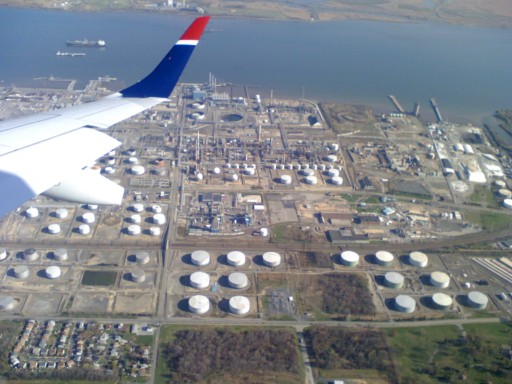 In 2011, the Marcus Hook facility was a shell of itself, with only about 50 workers. Now, after multi-billion-dollar investments, more than 5,000 people have worked construction jobs over the few years and more than 200 are on site now, with more to come.

“But these projects don’t happen without the pipeline network to safely and responsibly transport and deliver the product for processing,” said Mike Butler, Mid-Atlantic Executive Director, Consumer Energy Alliance, a PEIA member.

Butler stressed that thanks to increased production and new technologies that have decreased the price of natural gas, Pennsylvania consumers saved more than $30.5 billion over the same period. In the two states combined, residential users saved almost $28.3 billion, while commercial and industrial users saved upwards of $42.5 billion, according to a Consumer Energy Alliance study last year.

“Those savings go back into our economy,” Butler said. “Pipelines are helping to power our economy. We have thousands of miles of pipelines that are safely delivering energy resources each and every day, and that’s helping consumers and businesses while minimizing environmental impacts.”

The Capitol event was spearheaded by state Sen. Camera Bartalotta (R-Greene/Washington), who runs the Oil and Gas Caucus. She was joined by lawmakers of both parties, including Reps. Eric Nelson (R-Westmoreland) and Ed Nielsen (D-Philadelphia), as well as business groups like the Pennsylvania Chamber of Business and Industry and the Pennsylvania Manufacturers Association.

PEIA is a broad-based coalition of labor, agriculture, manufacturing and other business interests statewide that support private investment in pipeline and other energy infrastructure developments. For more than three years, the alliance has advocated for the safe, responsible development of critical infrastructure and boosts in economic activity.