Mariner East Opponents Create A Sea of Hysteria to Paddle Through

Mariner East opponents engaged in a stupid stunt the other day, proving they just aren’t to be taken seriously by anyone interested in facts.

The Pennsylvania Energy Infrastructure Alliance has a wonderful blog exposing the the tactics of pipeline opponents and there are few pipeline opponents as irrational as Mariner East opponents. They are hysterical demagogues for the most part and, of course, they have the support of an army of fractivists funded by the Heinz Endowments and the William Penn Foundation, two gentry class outfits that play politics with tax-exempt money using shills such as the Clean Air Council and StateImpactPA. The Alliance is having none of it and we repost one of their latest blog posts below:

Energy Transfer and their contractors have responded and instituted a plan to contain, remove and recycle the bentonite clay. Sometimes during horizontal drilling activities drilling mud, mostly made of water and non-toxic bentonite, can rise through already existing cracks and fissures in the geography to the surface. Anyone who has used a drill understands the importance to keep the drill cool, which is what the drilling mud is used for.

Predictably, pipeline opponents have taken the opportunity to grandstand and exaggerate the incident while calling for Mariner East construction permits be revoked. Many of these same activists gathered at Marsh Creek Lake to lambast Mariner East and…go kayaking in the water that they claim has been contaminated.

The reality is that drilling mud is purposefully engineered to be environmentally safe. It is comprised predominantly of water (subjected to the same purity standards as any household in Pennsylvania) and bentonite clay, a non-toxic clay and a component of lipstick, cosmetics, and other household products. No one’s drinking water has been impacted, contrary to the pipeline opponents’ claims and media speculation.

One may wonder how these pipeline opponents can believe their own fibs. If drilling mud and inadvertent returns, which are undergoing the proper reclamation processes, are such dangers to water and water sources why do you organize an event kayaking around Marsh Creek Lake? A very logical question.

But hysterics are – and always have been – the noisy means for Rep. Friel Otten, Senator Dinniman, and others to push their cause. While yes, inadvertent returns are never ideal, these activist hysterics by them are hardly believable.

They have, though, at least shown that even while the lake is being cleaned up, paddling can still be enjoyed as an activity for the whole family.

Good stuff. Also, remember what bentonite is; a clay-type coagulant that is often used to line ponds, including water supply reservoirs. It is also used for low technology water purification in some places and can achieve primary bacterial reduction of 90–99.9% within the first 1–2 hours of its use. You can even buy organic food-grade bentonite to consume yourself (it “attracts and binds ‘free radicals’ and other toxins”). And, there’s this: 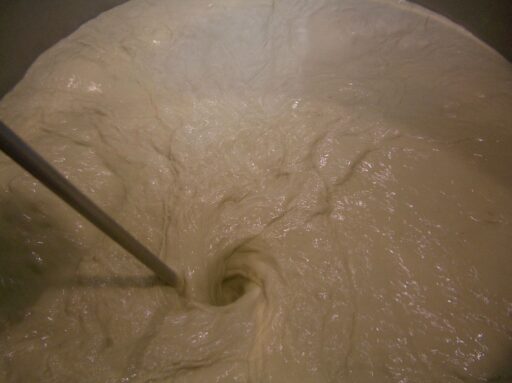 A bentonite slurry used for fining after wine pressing to remove organic compounds so as to improve clarity or adjust flavor or aroma.

Paddling in it is indeed safe, though you wouldn’t know it from the fractivist hysterics.