Mariner East Opponents Show Us How Little They Really Care!

Mariner East Opponents Show Us How Little They Really Care!

Mariner East opponents say they care, but certainly not for safety, nor the economic welfare of their neighbors. Their protests are dangerous and foolhardy.

Two recent articles, one in the Daily Local News by welder Suzanne Walker and the other in City & State Pennsylvania by Bruce Castor, Jr., former Pennsylvania Solicitor General, really put the Mariner East project in perspective. They show precisely how little project really care about safety and how little regard they have for the economic welfare of their community and region. Mariner East opponents would have us believe they’re all about safety but they evidently care little or nothing for the safety of workers. They care even less about the health of their neighbors which depends to a large extent on the strength of their economy. 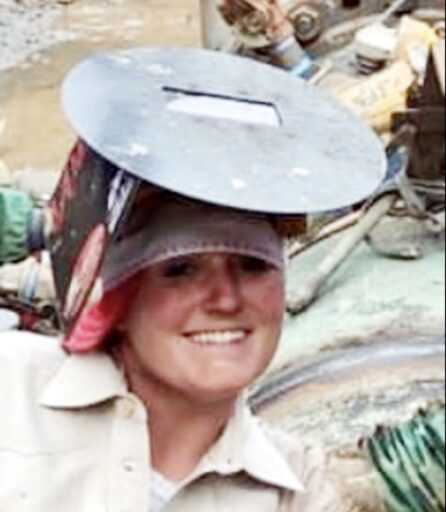 I was particularly struck by the words of Suzanne Walker. She is a pipeline welder affiliated with Pipeliners Local Union 798. I spoke at one of their conferences in Tulsa a few years ago and earlier profiled, Guy Williams, one of their leaders. They are one terrific group; har-working patriotic Americans producing real stuff and doing real things. They are the real deal, in every sense of the term, as I said at the time.

Suzanne exudes the same qualities and speaks to reality of what just what it is Mariner East opponents are really opposing (emphasis added):

Construction of the Mariner East pipeline system has brought prosperity to Pennsylvania for years. Whether through the creation of jobs, infusion of tax revenue for the state, or supplying energy to millions of people throughout the region, Mariner East is a crucial asset of the Keystone state. However, some have chosen to stand in the way of progress and protest the completion of the pipeline. The construction of the pipeline has stimulated local employment opportunities for skilled laborers and the completed project promises millions of state and local tax dollars annually and high wages for workers who operate the pipeline.

Recently, a group of fringe environmentalists have been taking dangerous, unlawful action against the final stages of the pipeline’s construction. In the beginning of January, two activists trespassed and stopped construction (“Nighttime pipeline demonstrators charged with disorderly conduct at Marsh Creek,” Jan. 6) for over an hour, until removed by police, after locking themselves to excavation equipment. Charged and cited for disorderly conduct, the pair put themselves and others in danger during their protest of Mariner East’s final completion.

Mariner East’s construction is nearly finished, as it only needs final land restoration and minor connection work to complete the project. Interrupting the final stages of construction will only prolong the work before the land is restored to its original state. Through premeditated and dangerous actions, activists have increased the environmental toll on the land – ironically – while protesting a project that has utilized stringent environmental precautions throughout construction.

Through their attempts at thwarting necessary infrastructure development in the state, these activists have also put skilled labor jobs at risk during a time when many are attempting to rebound from the pandemic. In construction alone, Mariner East has created 9,500 jobs annually since its inception, providing those workers with a steady paycheck, meaningful work, and economic stability. This project has provided opportunities for thousands of skilled workers including domestic welders, helpers and spacers whose work supports their families and enriches their communities.

It’s impossible to say it better than that.

Bruce Castor, Jr., served as acting Attorney General for the Commonwealth after Kathleen “Ellie” Kane went down in flames and he, too, makes the case against Mariner East opponents and their short-sighted, blinders-on strategy:

Throughout the pipeline system’s multi-year construction, Mariner East has brought immense benefits, including billions in economic investment and thousands of skilled labor jobs. However, some environmentalists have decided to stand in the way of progress, attempting to block the completion of Mariner East with disruptive and dangerous protests.

Just this past month, two protesters trespassed at an active pipeline construction site and locked themselves together on equipment, temporarily halting work on the project. Unfortunately, this isn’t the first time local law enforcement have been called to remove unruly protesters and secure pipeline construction sites. As a former district attorney, this concerns me.

Interruptions to the pipeline’s final construction are unproductive and pose unnecessary risks to first responders, pipeline workers and protesters themselves. Law enforcement who are called to the scene are pulled away from their intended job of protecting the community while limiting their ability to respond to other important calls…

Completion of Mariner East will also help from an environmental standpoint. Pipelines are proven to be the safest and most efficient way to transport energy. In fact, studies show that pipelines are 4.5 times safer than transporting oil and gas by rail…

The focus on potential risks distracts from the benefits of energy infrastructure. Activists have ignored the close partnership between the industry and first responders, including the Pennsylvania Pipeline Awareness and Emergency Response Training program, which has served as an opportunity for emergency officials, public officials and others statewide to learn and understand pipeline safety. More than 2,350 local first responders have been trained across the state through the Mariner Emergency Responder Outreach program.

Well said, once again. Indeed, looking back on the history of any pipeline it’s quite remarkable how the NIMBYs seem to forget the pipe is even there once the project is done and the grass has grown back with the only telltale sign of the project is a small yellow post or two marking the route. That will be the case here as well, of course, and new residents will snap up homes along the route without giving a though to what safely lies beneath the ground, just as they have with all the previous pipelines running across Pennsylvania.