[Editor’s Note: The Pennsylvania Department of Environmental Protection has, over the objection of Katie Muth and friends, approved the Marsh Creek Lake Restoration permit.]

The restoration activities are required under the terms of a Consent Order and Agreement (COA) entered into between DEP, the Pennsylvania Department of Conservation and Natural Resources, and Sunoco on December 6, 2021, after Sunoco spilled approximately 8,000 gallons of drilling fluid that impacted a wetland, two tributaries, and Marsh Creek Lake in August 2020.

As outlined in the COA, Sunoco is required to dredge portions of the lake to remove drilling mud and sediment present as a result of the spill. This major amendment was requested to support the dewatering of sediment dredged from Marsh Creek Lake. Sunoco requested a 4.06-acre increase to the limit of disturbance to conduct these activities. Upon completion of the project, all areas will be restored.

DEP additionally issued Sunoco a Temporary Discharge Authorization associated with the dredging and dewatering activities which will allow Sunoco to return water to the lake after it has been processed.

“While steps were taken to protect natural resources immediately after the spill occurred, DEP, in coordination with a number of federal and state agencies, pursued a binding agreement to ensure a thorough and complete cleanup of the lake,” said DEP Southeast Regional Director Pat Patterson. “The level of oversight, involvement, outreach, and coordination has been unprecedented, but has been necessary in order to restore this area.”

In accordance with their Impact Assessment and Restoration Plan for Ranger Cove, Sunoco and its third-party contractors commenced this week with turtle trapping to relocate Northern Red Belly Cooters, a state-listed threatened species of turtle, from the identified work areas. Turtle traps will be baited and deployed for a period of 20 days and will be monitored once per day; captured turtles will be released into another part of the reservoir before the dredging commences.

Additionally, a turbidity curtain will be installed to prevent turtles from entering the project area. Sunoco received the necessary clearances from the PA Fish and Boat Commission and U.S. Fish and Wildlife Service before beginning the activities.

More information can be found on the Marsh Creek webpage.

In March, members of the Pennsylvania Energy Infrastructure Alliance (PEIA) testified at a virtual public hearing to support the plan, which relates to cleanup following a previously reported inadvertent return of drilling fluid in August 2020. 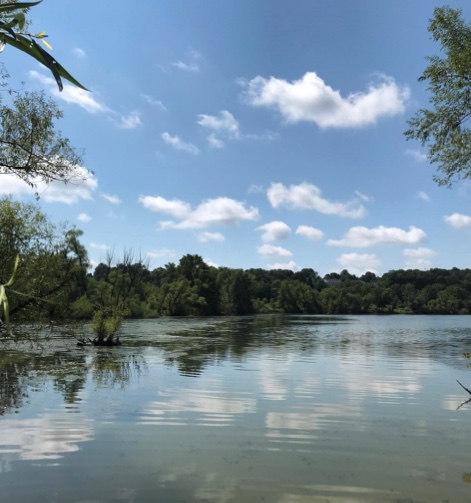 The major amendment supports the dewatering of sediment dredged from Marsh Creek Lake. The developers requested a 4.06-acre increase to the limit of disturbance to conduct these activities. Upon completion of the project, all areas will be restored. Other environmental improvements, such as constructing additional habitats, removing invasive and nuisance wildlife, and increasing water depth and reservoir storage capacity, also are part of the restoration work.

Pipeline construction can be disruptive. But once that construction finishes and restoration occurs, hardly anyone even knows that a pipeline exists beneath their feet, except for a few above-ground markers. Work on Mariner East has finished. With this permit, the restoration work can finish quickly, too. From both an environmental and economic standpoint, Pennsylvania is finally starting to realize the full benefits of this important energy infrastructure project.