Mastriano Is Pro-Gas and Must Defeat Shapiro!

Mastriano Is Pro-Gas and Must Defeat Shapiro

[Editor’s Note: Doug Mastriano must be elected as Pennsylvania’s next governor if consumers are to continue to enjoy the benefits of the Commonwealth’s natural gas resources!]

Pennsylvania Attorney General Josh Shapiro (Democrat), who is running for governor this year, has targeted the Marcellus industry and the companies that operate in it since he took office as AG. Shapiro routinely charges Marcellus companies with crimes for episodes that were accidents–resolved years ago by the state Dept. of Environmental Protection. Shapiro refuses to disclose that he intends to forcibly keep PA in the Marcellus-killing Regional Greenhouse Gas Initiative (RGGI) carbon tax scheme. On just about every issue affecting the M-U, Shapiro is on the wrong side of that issue. However, there is another choice for governor in PA–someone who is pro-shale. 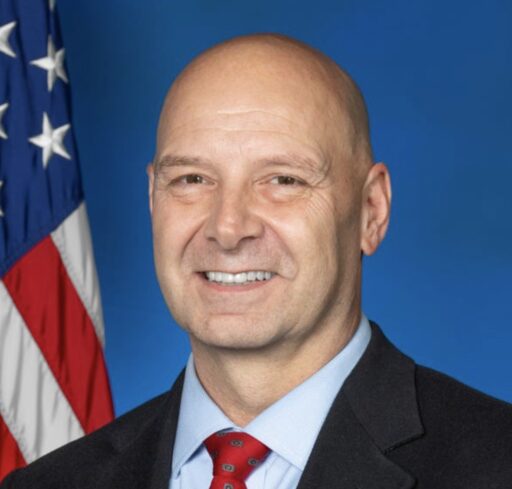 The alternative is Republican Doug Mastriano, who is a true blue supporter of shale energy. Mastriano will end PA’s participation in RGGI on day one. He is committed to once again allowing drilling under state parks and in state forests. Mastriano will roll back egregious overregulation by Tom Wolf’s DEP under Pat McDonnell.

An article in the left-leaning (owned by POLITICO) E&E News Energywirepublication compares and contrasts Shapiro and Mastriano. The article is typical of the kind of mainstream whitewashing of Shapiro we so often see. The article makes you believe Shapiro may even be a closet-support of shale energy on some level. Don’t fall for it!

Shapiro would be the continuation of Tom Wolf’s horrible energy and economic policies. Do you (if you live in PA) really want a third term of Tom Wolf? Haven’t you had enough? Haven’t you learned your lesson!

It’s time to pull out all the stops and support Doug Mastriano – f you support the Marcellus industry.

Here’s some of Energywire‘s whitewash of Shapiro:

Pennsylvanians will elect a new governor this November for the first time in eight years — and their choice could shake up the state’s fossil-fuel-heavy energy sector and influence how quickly it shifts toward clean power.

The closely watched election will affect more than just Pennsylvania, which holds an outsized role in fossil fuel production and electric power. The state is the second-largest producer of natural gas and the third-largest producer of coal, and it exported more electricity beyond its borders than any other state last year.

Democratic nominee Josh Shapiro and Republican nominee Doug Mastriano both say they want Pennsylvania to remain an energy powerhouse. But their platforms have stark contrasts. Shapiro wants to expand regulations on drilling and promote renewable energy. Mastriano has pledged to boost the state’s fossil fuel industries, including by allowing drilling in state parks and forests.

Energy policy will be “a very salient issue in this race,” said Christopher Borick, a professor of political science at Muhlenberg College. “There’s real, clear distinctions between the candidates on the topic, and it’s an important topic right now in the broader economic and public health realm.”

In last month’s primary election, Mastriano — who had secured a lucrative endorsement from former President Donald Trump — won 44 percent of the vote, more than twice as much as any other candidate in the crowded Republican field. The retired U.S. Army colonel and two-term state senator supported Trump’s debunked claims about election fraud and has called climate change “fake science.”

Shapiro has served in state and local politics in some capacity since 2005. In his current role as attorney general, he’s gone after oil and gas companies accused of violating the law.

On the campaign trail, Shapiro has declined to commit to keeping Pennsylvania in the Regional Greenhouse Gas Initiative, a multi-state carbon trading program targeting the electric power sector. Current Gov. Tom Wolf (D) successfully pushed for the state’s RGGI membership — and some environmental advocates view it as the most significant step the state has ever taken to address climate change…

It’s also unclear how much Shapiro would be able to get done on energy and environmental issues, as he would likely face a Pennsylvania General Assembly controlled by Republicans. Mastriano, meanwhile, is expected to be in lockstep with the Legislature on energy issues if he’s elected.

Climate and public health advocates say they hope that Shapiro would establish new policies to safeguard communities from oil and gas activities, particularly fracking. As attorney general, he issued a comprehensive report in 2020 that found that the state had “failed to protect citizens” during the shale gas boom. It recommended a series of reforms, including prohibiting drilling within 2,500 feet of any occupied building and allowing the attorney general to pursue criminal charges for environmental crimes.

By contrast, Republican lawmakers and industry groups say oversight of oil and gas activities is already too onerous. With Mastriano in charge, it’s likely that the state would work to speed up the permitting process, open state-owned lands to drilling and roll back broader environmental regulations.

The oil and gas industry has supported many of those proposals.

“It is imperative that the next administration work to address chronic permitting delays and regulatory overreach that has held back job development, capital investment, expanded production and utilization, and the continued evolution of natural gas as a valuable energy source and feedstock,” David Callahan, president of the Marcellus Shale Coalition, said in a statement on the election.

In April, Pennsylvania officially became the 12th state — and the first major producer of fossil fuels — to join RGGI, which is aimed at reducing greenhouse gas emissions from power plants.

Initiated through a 2019 executive order from Wolf, Pennsylvania’s participation in RGGI has faced fierce objections from Republicans in Harrisburg. The initiative remains one of the most salient energy issues in Pennsylvania…

Mastriano has pledged to pull the state out of RGGI “on day one” if he’s elected, while Shapiro has said he would consult “with workers and affected communities” before deciding how to proceed on the issue…

“You have areas of Pennsylvania that are very dependent on energy. They, in turn, need to be asking Shapiro what his policies will be on protecting jobs in Pennsylvania,” said Dave Ball, chair of the Washington County Republican Party. “If he intends to kill the fossil fuel industry, what’s that going to do for them?”

…Harrisburg has been marked by partisan gridlock since Wolf was elected in 2014, as Republicans have controlled both the House of Representatives and the Senate. In the upcoming November elections, Democrats would need to flip at least five seats in the state Senate and at least 12 seats in the state House to regain control of the General Assembly, an unlikely outcome in what’s expected to be a tough year for Democrats, political analysts say.

For that reason, the veto pen would be one of the most powerful tools of a Shapiro administration. Throughout Wolf’s two terms, the Democrat has struck down various pro-fossil-fuel bills, along with legislation that would have effectively stripped the Department of Environmental Protection’s ability to regulate carbon emissions through RGGI.

Mastriano, meanwhile, has supported those vetoed bills. More recently, he introduced the PA Energy Independence Act, which would lift an existing moratorium on leases for oil and gas development in state parks and forests. The bill would also establish a cap on permitting fees for fracking wells that could only be changed through an act by the General Assembly.

The bill would also limit reviews of “natural gas or coal permits” to 45 days. If the Department of Environmental Protection failed to act on a permit within that time frame, the permit would be “deemed approved” so long as it met certain conditions.

The Mastriano campaign could not be reached for comment. But Senate Majority Leader Kim Ward said that if Mastriano were elected, the General Assembly would work to pull back measures enacted by Wolf that are “killing energy.”

“We need to make sure that these energy businesses that want to operate and employ people are able to do that,” Ward said. “They regulate just everything. I find it to be unacceptable.”

Shapiro is the same as Tom Wolf and Joe Biden. PA Republicans need to tie Shapiro with his ideological cousins and remind folks they are voting for failed economic and energy policies if they vote for Shapiro.

Editor’s Note: Mastriano absolutely must defeat Shapiro and the reasons are not limited to natural gas policy. Shapiro is a hateful individual, as his actions in another arena make clear. He acted, as our Attorney General, to sue the Little Sisters of the Poor, a totally non-political religious group dedicated to caring for the indigent dying among us, not once, but twice!

Yes, in 2016, the Little Sisters of the Poor defended themselves against Obamacare’s mandate to provide abortion and contraception in employee insurance. They were facing a need to either close their facilities, pay millions in fines.or surrender their consciences, even though many secular entities remained exempt. Shapiro took them all the way to the U.S. Supreme Court in his effort to force his and Obama’s will upon them. They won and then Shapiro sued a second time. This is the real Josh Shapiro, a man determined to make little old nuns serving the needs of dying poor people obey him rather than their God. Imagine how he would treat landowners, energy workers and small business. May he be defeated soundly by Doug Mastriano.