Message to Long Island; “We’re Into This Natural Gas Crisis Together”

Long Island homeowners and businesses are suffering from an artificial natural gas shortage brought on by short-sighted and, frankly, perfectly senseless state policy.

I know how you feel; angry, frustrated and looking for someone to blame. I can assure you it’s not your utility company. 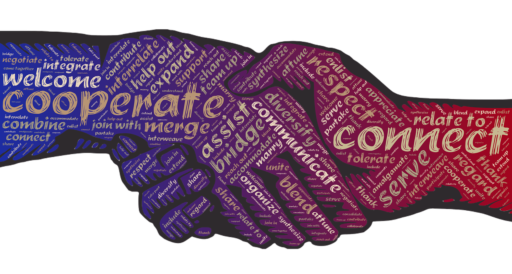 Those publicly regulated companies are all required to operate by strict rules mandating they have a sufficient gas supply to serve residents and businesses and power electric generation plants before they hook anyone up to their system. However much they might benefit economically from doing so, they dare not do it if there is any prospect they’ll have to shut you off due to a future shortage of gas. That would be suicide by greed.

That gas is readily available. Indeed, there is an abundance of it just two hours away in Northeastern Pennsylvania and a lot more that could be developed in Upstate New York itself. It simply can’t be delivered to you without adequate pipeline infrastructure. New York State government is, instead, doing everything it can to shut down not only the production of natural gas, but its consumption and use in electric generation with no realistic alternative in place.

I’m from the Upper Delaware region that spans Pennsylvania and New York. I serve, in fact, as the President of a group called Upper Delaware River Basin Citizens, which exists to not only protect our river but also to advocate for responsible development of natural gas as well as other natural resources.

We are both suffering from irresponsible government policies. The Delaware River Basin Commission (DRBC) has refused to approve natural gas development in the basin, even though it’s been taking place with no discernible impacts on the water quality of the Susquehanna River immediately next door.

The State of New York has likewise banned shale gas development and has launched a full-frontal attack on any natural gas pipeline proposed to bring you the gas you want.

Our region desperately needs natural gas development. We have been headed backwards as manufacturing has waned due to New York’s outrageous taxes. We have been denied it. We can’t produce the gas in the Upper Delaware that you need and even those who live outside the Upper Delaware region where gas can be produced can’t ship it to you because there’s insufficient pipeline capacity.

Meanwhile, you folks on Long island desperately need the gas but can’t connect without more pipeline capacity. We’re in this together, in other words, and the problem is government that wants to bully us both into denying reality and accepting a fantasy vision of the future that isn’t remotely economical, practical or even possible.

No amount of solar or wind development is going to replace natural gas anytime soon. Neither the sun, nor the wind, is available 24 hours per day 365 days a year. Natural gas is. It’s that simple.

We are captive to a politics that is putting green energy ideology before the interests of human beings and practicality. It’s killing us both and guess what? The DRBC and the State of New York couldn’t care less.

They are more interested in catering to rigid ideologues not living or even required to live in the real world the rest of us occupy. They imagine they can afford the luxury of playing with others’ lives because no one is ever going to take away their gas.

Our opponents in this battle are less the politicians than those to whom they pander. They are the very deep-pocketed families and foundations that are able to exercise undue influence over governors. When they’re not preaching a self-righteous ideology, they are invested in green-energy government rent seeking scams, and natural gas is a threat to both.

We need to work together as Long Island and Upper Delaware residents. Check out our website at udrbc.org to learn more. We seek to work collaboratively with you. We welcome the opportunity to listen to your story and we’re eager to tell you ours. Our interests in natural gas development are inextricably linked. Let’s make some real progress together.