Moxie Energy CEO, Aaron Samson, an innovator, a natural gas leader and a communitarian and marvelous example of human kindness, dies in a tragic accident.

This one really hurts. A true titan in our industry and all-around superb individual, Aaron T. Samson, died on Oct. 20 at age 59 following a freak accident. Samson was CEO of Moxie Energy, a company we’ve written plenty about over the years. Moxie has built a number of Marcellus-fired power plants in Pennsylvania. Aaron was personally, using his own hands, building a house for a close friend (at no cost) in Michigan when he fell, injuring himself, ultimately resulting in his death.

Can you imagine a close friend building you a brand new house at no cost?! That’s the kind of person Aaron Samson was. No one finer.

We received the following statement from Moxie Energy about Aaron’s passing:

Below is Moxie’s statement for your review, edit, and publication. We excluded from our statement that Aaron was one of the smartest and most creative (unmatched in our view) individuals in our industry, a very generous person always looking to help out others while seeking nothing in return, a great partner and true friend, someone who always wanted to make sure that everyone got a fair deal in transaction, and the consummate embodiment of the word Moxie!

One our industry’s pioneers, Aaron Teal Samson, founder and CEO of Moxie Energy, LLC, died on October 20, 2019 of trauma to the head resulting from a fall. Aaron created Moxie Energy with a first-mover vision that the shale gas industry along with other market fundamentals in PJM provided favorable development opportunities for large-scale power plants. Starting with the identification of his first green field site in Pennsylvania in May 2011 and continuing through November 2015, Aaron led his Moxie team in the development and financial closing of three large scale power plants: a ) the 829 MW Liberty power plant located in Bradford County, PA that began commercial operation in April 2016, b) the 829 MW Patriot power plant located in Lycoming County, PA that began commercial operation in June 2016, and c) the 1,050 MW Freedom power plant located in Luzerne County, PA that began commercial operation in September 2018. 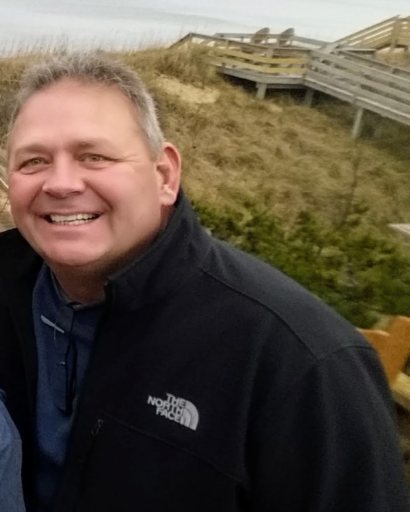 Prior to his work with Moxie Energy, Aaron was a Managing Director for The AES Corporation where he led LNG development efforts throughout the world. One of his significant accomplishments at AES was the Andres LNG Project in the Dominican Republic (the “DR”), a 310 MW combined-cycle power plant and 160,000 CM LNG import terminal. As the gateway to natural gas supply in the DR, Andres represents a significant part of the country’s energy infrastructure. From 1991 to 1999, Aaron served as Vice President of Project Development for Kenetech Energy Systems where he was responsible for all global non-wind development efforts. Significantly, Aaron conceived and led the development efforts associated with the EcoEléctrica Project in Puerto Rico, North America’s first combined LNG import facility and cogeneration power plant. The 507 MW cogeneration plant and 160,000 CM import facility began commercial operation in July 2000. Aaron had a long list of other development successes at Kenetech, and he was known for having ideas that were ahead of the industry.

Aaron served his country in the U.S. Navy nuclear power program where he managed the operations and maintenance of nuclear propulsion and engineering equipment aboard a ballistic missile submarine and training facilities. Our industry will miss one of its great pioneers.

We also located this notice running in a local news publication in Michigan:

A Buchanan son has gone home to rest.

Aaron was building by hand for no cost a house for a close friend when he fell injuring himself. He was 3.5 kilometers from UVA trauma center, where incredible and expert teams did everything possible, not to leave out how hard he himself fought. In the end, God called home a great son of Buchanan.

Aaron qualified for the UVA Honor Walk, which resulted in hundreds of staff lining the walls across two floors guiding him to his final wish of donating himself to save other lives.

Now, Aaron also donated time, money, and just goodness throughout his life in his work, and free time. He was always ready to help when called.

In Aaron’s life, he was always the pioneer. From getting forced from the Navy for already having a power consulting business and a brick cell phone in the ‘80s, to going on to work and change the wood fire power plant industry as VP of Kenetech Corp. From there he moved onto AES Corp and LNG power plants, developing and having them built, including terminals and pipelines. He was a leading expert in the industry with no college education.

He retired from this work and with close friends from years of working together (Kent Morton, Christopher Diaz and Scott Taylor), founded Moxie Energy, which set up natural gas energy plants.

Aaron Teal Samson went from building houses with his father to becoming a Titan among giants in the power industry, on a global scale. We will all miss him greatly!

At times like these we ask those tough questions, like “Why does God take the good ones early?”