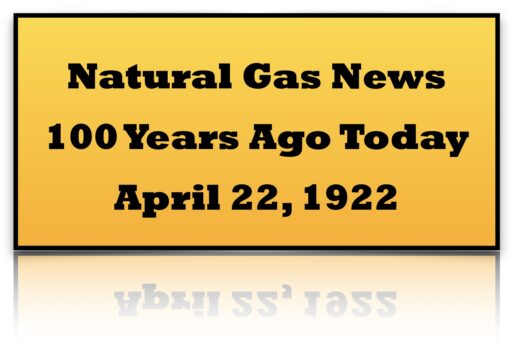 And You Pessimist, You Can Go Pound Sand!

There’s nothing so satisfying or contagious as confidence and natural gas developers a century had a ton of it! They understood what they had in their hands and, as far as they were concerned, the cynics owed them an admission of guilt and pledge to never doubt again! 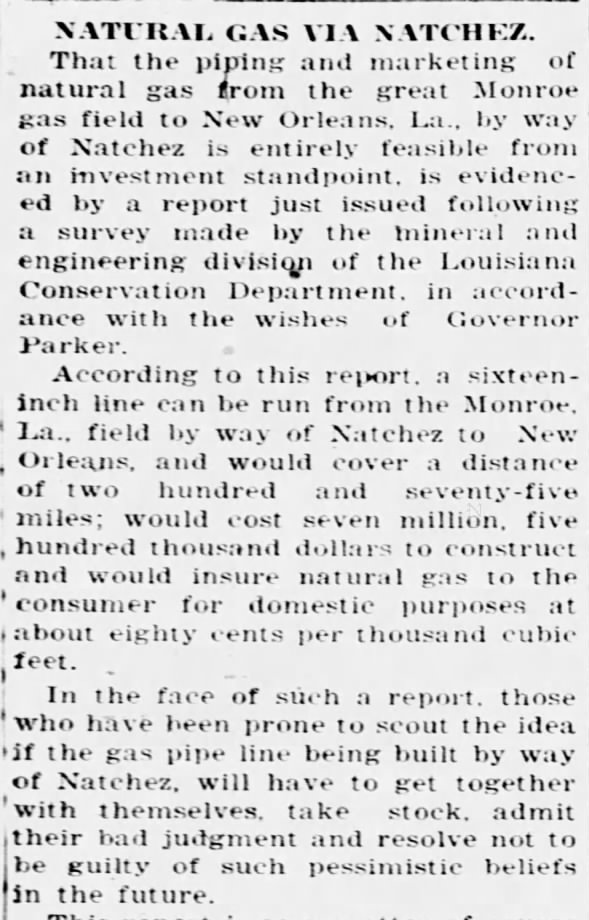 If only such attitudes were on display today within the industry, Instead, we get too many mealy mouthed “me too” pledges of appeasement. Yet…

Despite the Boom in Supplies, Some Still Expected to Run Out

It wasn’t exactly pessimism; rather, it was one of those early demonstrations of the junk science pioneered by Thomas Malthus, later practiced by the Club of Rome and today extolled by “Peak Oil” wackos who will never grasp economic science. They cannot get their arms around the fact shortages produce higher prices, higher prices produce exploration and innovation and these produce more reserves. 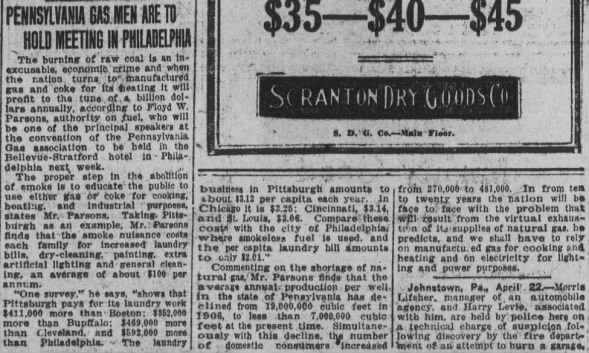 Fortunately, the laws of economics don’t depend on those who fail to understand them or those who would dismiss them. Indeed, they dictate things no one thought possible, such as replacement of coal with natural gas. 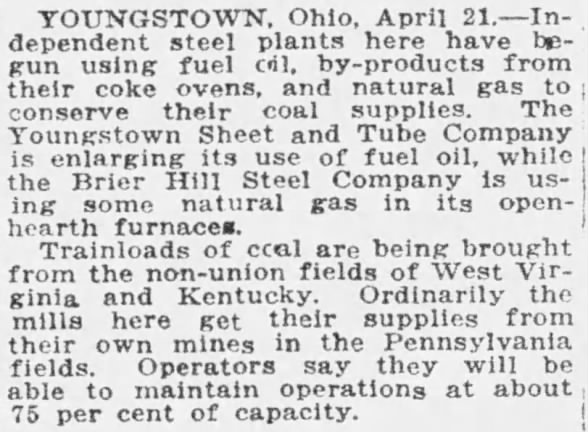 This is how economics works, because man is a rational animal who looks out for his own interests first of all. It’s capitalism and it works! If only it was still practiced in places such as New York, which had, and still has excellent natural gas resources if only it could develop them!

Dunkirk eventually did get gas, of course, but the point is that Upstate New York has always had what it needs in the way of natural resources to prosper. Today, it lacks but one thing; honest government. 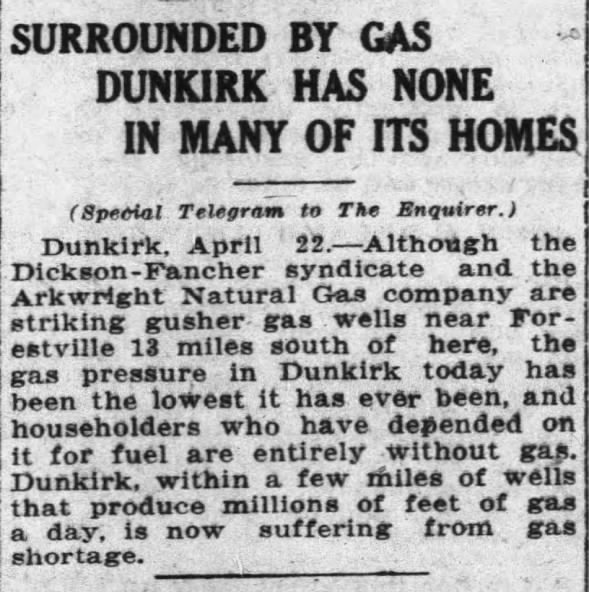 Sadly, New York State has had one dishonest governor after another, a dysfunctional legislature and no apparent will or interest to date in saving Upstate.