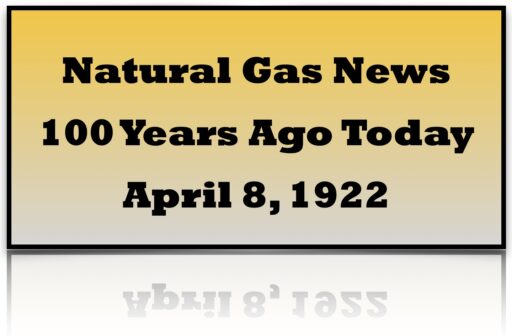 Energy Efficiency Was A Thing Before We Knew the Term!

Generational arrogance always tends to make us imagine we were the first to think of something but history teaches us otherwise, as energy efficiency with natural gas was part of the template from the beginning:

Interesting, too, isn’t it, that government didn’t want to replace business 100 years ago, although one hastens to add that Secretary Fall had leased reserves at Teapot Dome in Wyoming at low rates without competitive bidding and was convicted of taking bribes! Still, his principle of not wanting to compete with business was sound then and now, provided bribes aren’t involved!

Even as energy efficiency took hold to save natural gas, still more was being developed in places we don’t think of today as oil and gas states, Idaho being one of them:

The enthusiasm with which communities and states then embraced natural gas as the opportunity to improve lives too often stands in stark contrast to the spoiled generation cynicism of today, doesn’t it?

But, Short-Sightedness Was Aplenty, Then, Too

Although, the opportunities were welcomed, the vision was, nonetheless, constrained by lack of appreciation for resource economics; the reality that demand and price would make it possible to find and develop ever more reserves through innovative technology. Reserves have consistently grown over the last century despite the persistent and uninformed “peak oil” predictions of serial doomsayers, whose peak legitimacy was reflected by the Club of Rome in its profoundly wrong “Limits to Growth” report from 1972.

Looking back on 1922 and 1972, it is amazing just how wrong the prophets of doom were. We have more reserves than ever, innovation has repeatedly destroyed the myths of approaching disaster. Moreover, the world’s biggest threat isn’t lack of resources or exploding population but, rather, imploding population and regressive energy schemes designed to craft a new world order with Club of Rome type of elites in charge of everything and everyone.