I thought it might be fun and illuminating to look back 100 years ago at what was happening with natural gas. It is eye opening, given all we’ve learned over the last century and, of course, there is little new under the sun. Read our 100-year old news items by clicking the “Continue reading” link below the following headlines: 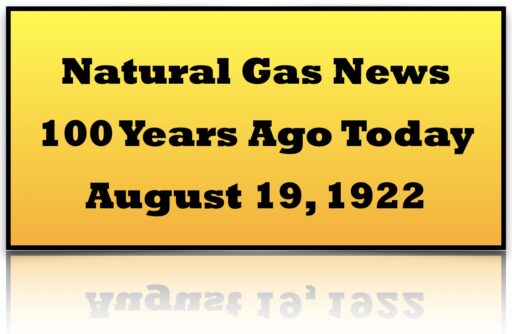 A Big Gasser in Magnolia, Oklahoma!

The news a century ago was filled with stories such as this one, as natural gas exploration and development was occurring throughout the oil and gas regions. Yes, natural gas was often a secondary objective in the pursuit of oil but a “Big Gasser”was, nonetheless, newsworthy: 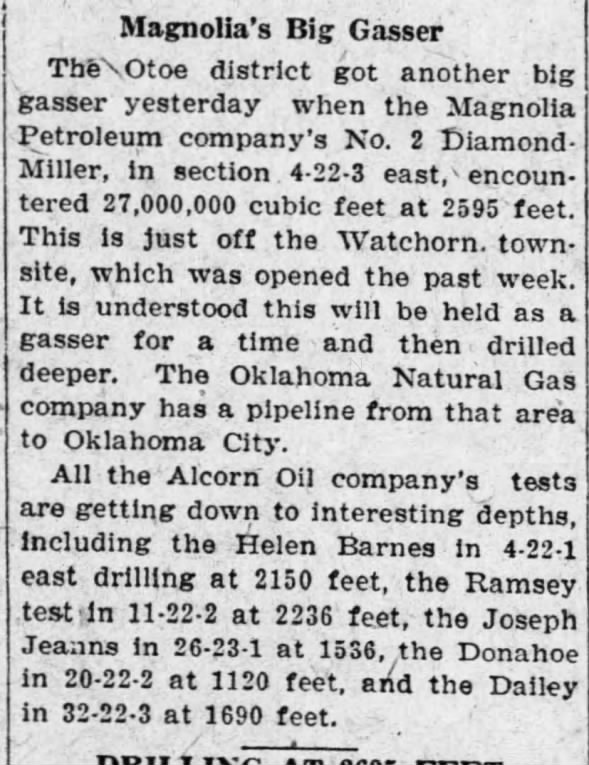 Today, of course, if you spoke of a “big gasser” everyone would just assume you’re talking about Joe Biden.

When Things Began to Go Awry; As Lawyers Gathered!

This headline below should have sent shivers up the spine of the natural gas industry in 1922 but the story itself reveals the industry was naively hoping to consolidate cases and save time and money. Of course, no one saves time or money inviting the lawyers in the door, as proven by experience well before Shakespeare wrote King Henry VI and had his “Dick the Butcher” character joyfully anticipate dispensing with them: 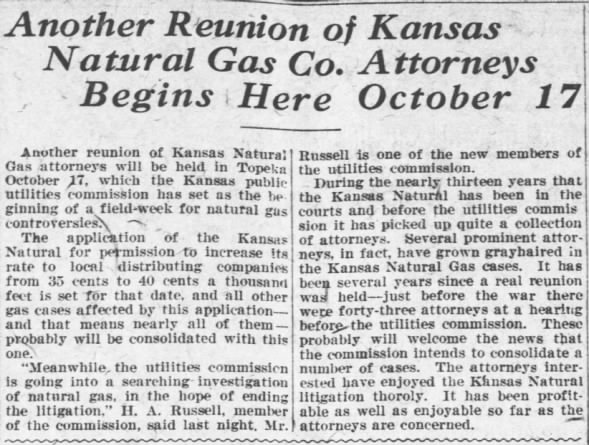 Lawyers, of course, are prone to vile criticism from all of us until we need one, but it’s hardly unfair to notice they typically complicate things and make themselves necessary in the process.

Just What Can’t Natural Gas Do?

Well, this certainly suggests several questions, although I’m not sure I want the answers:

The one thing that can be concluded with safety is that natural gas has had a multitude of uses from the beginning. But bamboo gas pipes? Wooden gas pipes were used, of course, but bamboo is another matter.

Natural gas, as it turns out, was also a good tool for promoting a bank: 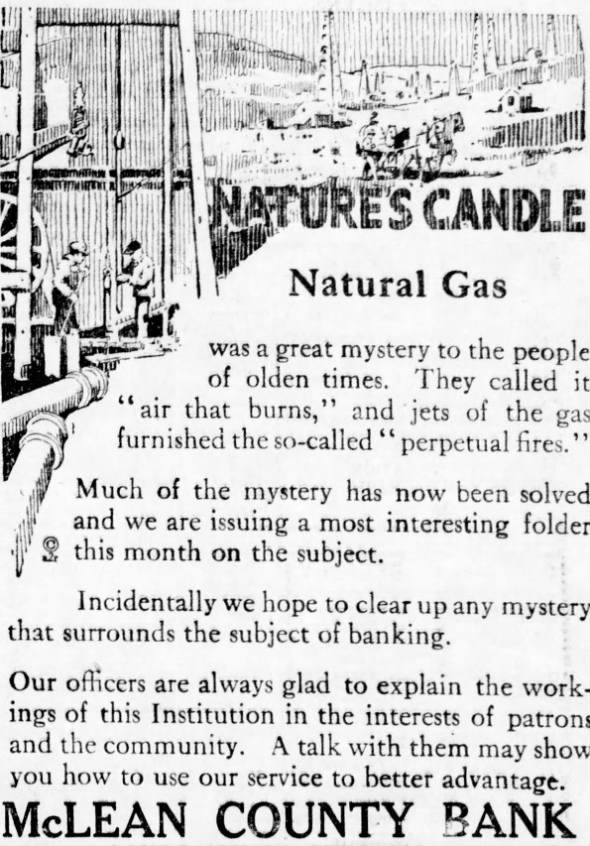 “nature’s Candle” is a great line, don’t you think? I like it!