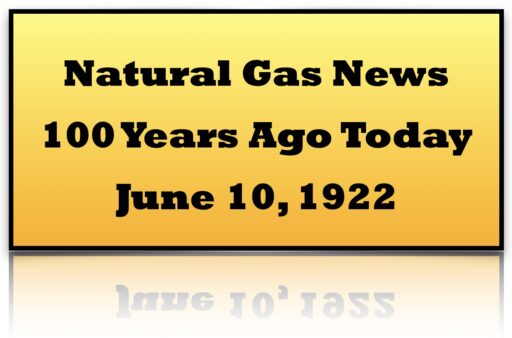 It’s amazing to see how, in 1922, everyone was completely paranoid about wasting the precious resource: Equally interesting is the language of energy efficiency back in the day, which effectively amounted to “don’t steal our gas” by wasting what your neighbor might need.

And, Watch Out for the Band of Robbers!

If you thought clipping above was a bit over the top, consider the hysterical moralizing of this story:

What we see, looking with a century of perspective, is just how incredibly valuable fossil fuels have been to the rise of modern civilization, comforts and life. They were and remain the lifeblood of civil society as we know it in developed countries.

Meanwhile, Back When the Empire State Was One…

It’s hard ti imagine how far New York has fallen and that it was once the land of opportunity where natural gas drilling was welcomed for the same reason Texans were so scared of wasting it:

These were days of empire for New York State. They are now largely gone, thrown away by a class of elites with no idea how to produce anything and only a desire to impress each other with a supposed sophistication and progressivism that is really no more a destructive high-end game of potlatch to see who can destroy the most wealth accumulated by society.  It’s now virtue-signaling 100% of the time and has been since shortly before 1970 when Tom Wolfe wrote “Radical Chic: That Party at Lenny’s” exposing the utter shallowness of the New York upper classes.