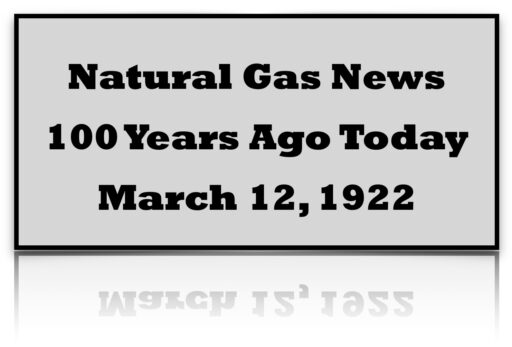 The first piece of old news shows how natural gas quickly came to be a boon to taxpayers as Federal lands were leased to oil and gas companies and started generating significant royalties at about the same percentages that many landowners still receive today : 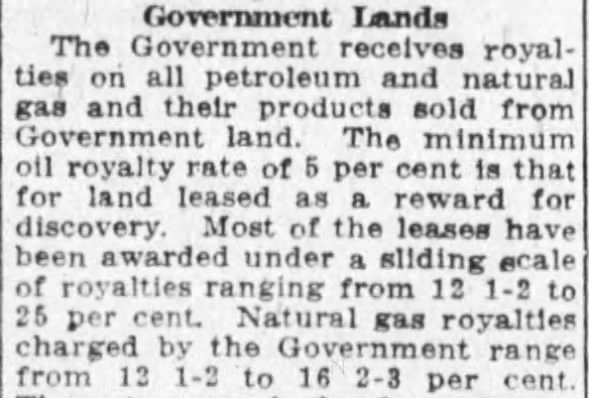 Natural gas was also contributing greatly, already, to the lighting of small and large cities alike across the great Middle West of the USA, already surpassing oil as the fuel source to produce  the electricity: 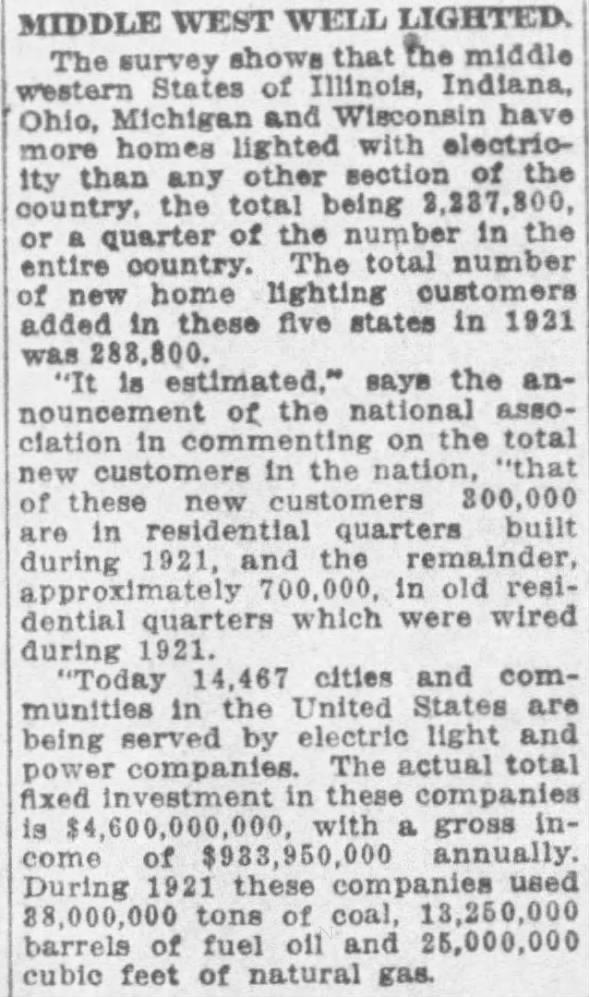 And, natural gas was becoming a bargain everywhere, as this big ad placed by the Oklahoma Gas & Electric Co. assured all busy men and women, no doubt intending to make the point that its own rates were excellent. Readers were told 70 Pennsylvania cities and towns were paying 50¢ or more per 1,000 cubic feet, which is the equivalent of $8.44 today.

Pennsylvania residents paid $9.83 in January, 2021 after four years of prices that rose less than inflation, but the price rose to $12.23 by December, 2021, a jump of over 24% in just 12 months of Brandon halting leases, increasing regulation and making pipeline development more difficult. But for Biden, and European demand created by the Energiewende debacle, prices would probably have declined below 1922 levels in real dollars. 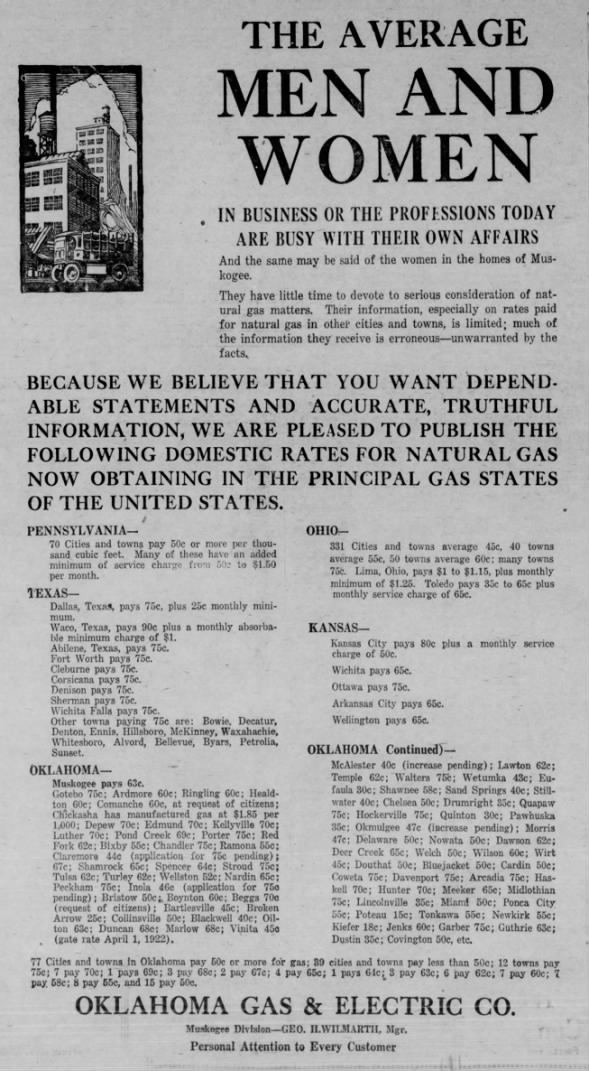 So, after 100 years of progress via natural gas that has enriched America in so many ways, we have a White House occupant—an empty crumbling corn husk blowing in the wind created by his graft harvesting friends—squintily attempting to read a teleprompter and tell us none of it matters, there is nothing he can do about high energy prices and we deserve them anyway because someone said we need to go green. A century of progress reversed in 400 days.