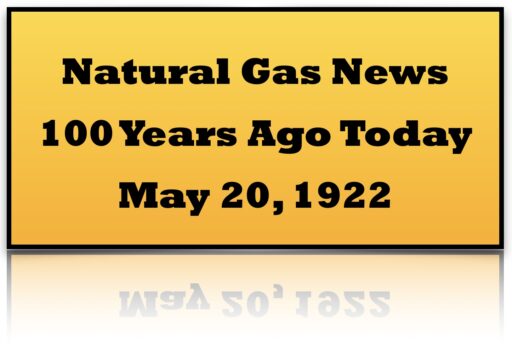 The failure to understand natural resource economics was even worse a century ago than it is today. Check out this article simultaneously arguing natural gas is cheap and that the likelihood of running out was on the short-term horizon. Low prices, of course, are never an indication of low supply. It works in precisely the opposite way; high prices suggest low supplies and low prices signal large supplies.

The other unappreciated economic principle—the one that launched the shale revolution—is that when prices rise, exploration and innovation are rewarded, causing more natural gas to be discovered and able to be recovered, which is exactly what has happened. The country, though, was just starting to appreciate the opportunities natural gas offered in 1922.

Energy Efficiency Was Already A Thing in 1922

Yes, in 1922, the natural gas industry was already focused on energy efficiency, and still is today. It goes hand in hand with continued exploration and development:

Energy efficiency, indeed, is part of delivering value to consumers because it effectively lowers their energy costs still further, making natural gas an even better value.

The value of the resource to those who harvested the natural resource was also a topic of discussion in another state.

Yes, confiscation of natural gas property without due process (that is to say compensation) was declared unconstitutional by the Montana Supreme court in 1922. Hmm….. 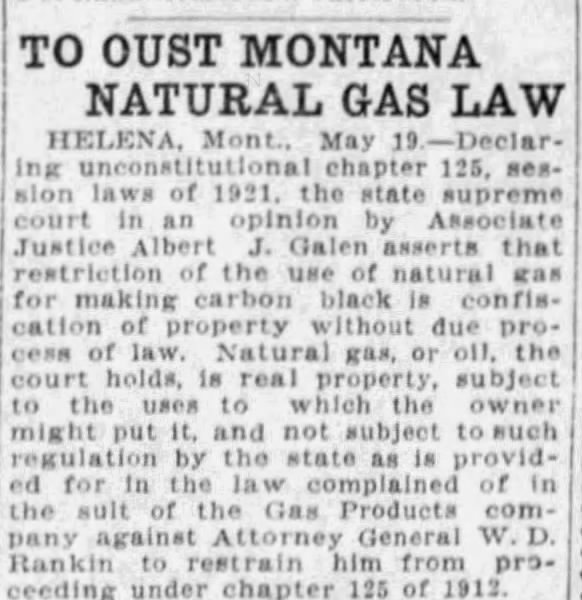 Some of you are, no doubt, already thinking, as you read this, isn’t that precisely what the thoroughly corrupt, ultra-politicized Dirty Rotten Basin Commission (DRBC) is doing by claiming it can just confiscate the rights of Upper Delaware River basin landowners without paying? Well, yes, that’s exactly it. Pass along to your representatives.