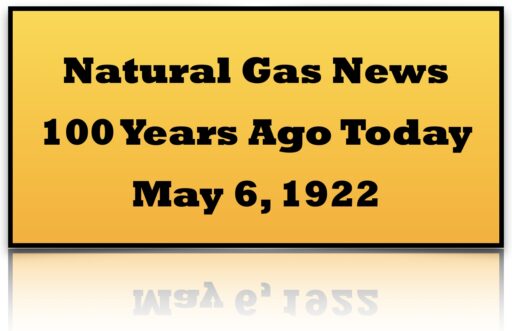 Natural Gas Comes to the Chickashas!

The welcoming of natural gas availability to communities was a story in 1922 and still is today. In this instance it was Chickasha, home to a Native American nation of the same name in Eastern Oklahoma: 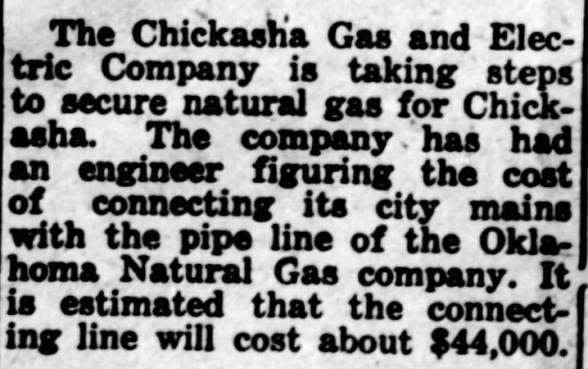 Note the cost. That would be $748,000 in today’s dollars (escalating rapidly under Joe Biden), which was still one heck of a bargain in 1922. But Oklahoma was producing natural gas so, presumably, it was nearby. Multiple Marcellus Shale region communities have had the same experience a century later. But, not everyone was so lucky…

Regina Wonders: Why Can’t We have Gas?

Regina, Saskatchewan wanted natural gas, too, and was planning on it, but the best laid plans sometimes go awry. 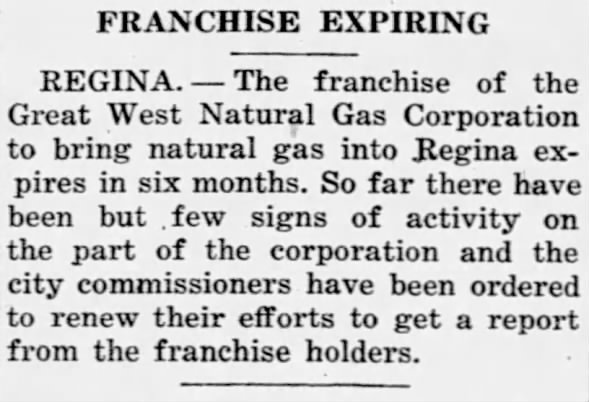 What happened? We don’t know why this company didn’t get the job done to expectations but we do know Regina is, today, the home of SaskEnergy Incorporated, a Crown corporation of the Saskatchewan government “which delivers natural gas to 93% of the communities in the province. The company owns 70,000 kilometres of distribution pipelines, 15,000 kilometres of transmission pipelines, and serves over 397,000 customers.”

Meanwhile, back in Kansas City, Kansas…

The newness of natural gas, its precious and a failure to grasp what innovation would produce yielded a “peak oil’ mentality that still prevails in a few quarters a century later: 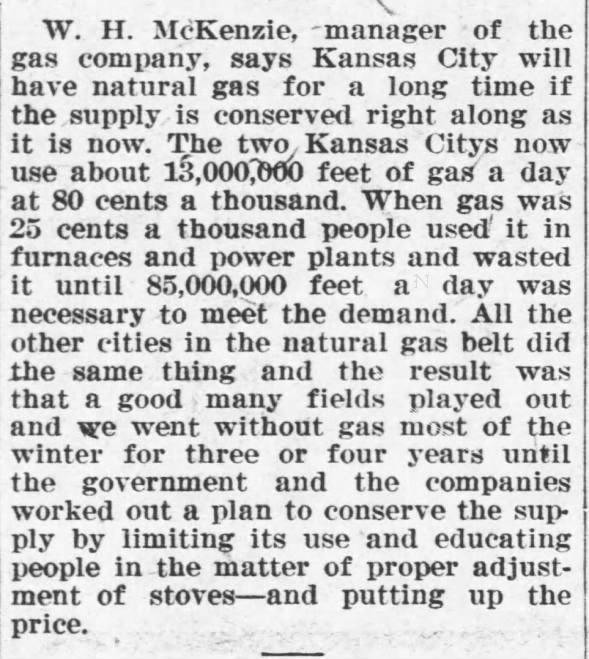 What is it about most folks that negativism so often takes over and guides thoughts and policies? Are we born to be cynical and imagine this is all there is? Or, are we just prudent people who want to build on what we have gained? An argument can be made for both, of course, but, in the end it was the wildcatter sprit that delivered wasn’t it? New industries and new technologies are always disrupters.

Disruption is always messy, too: 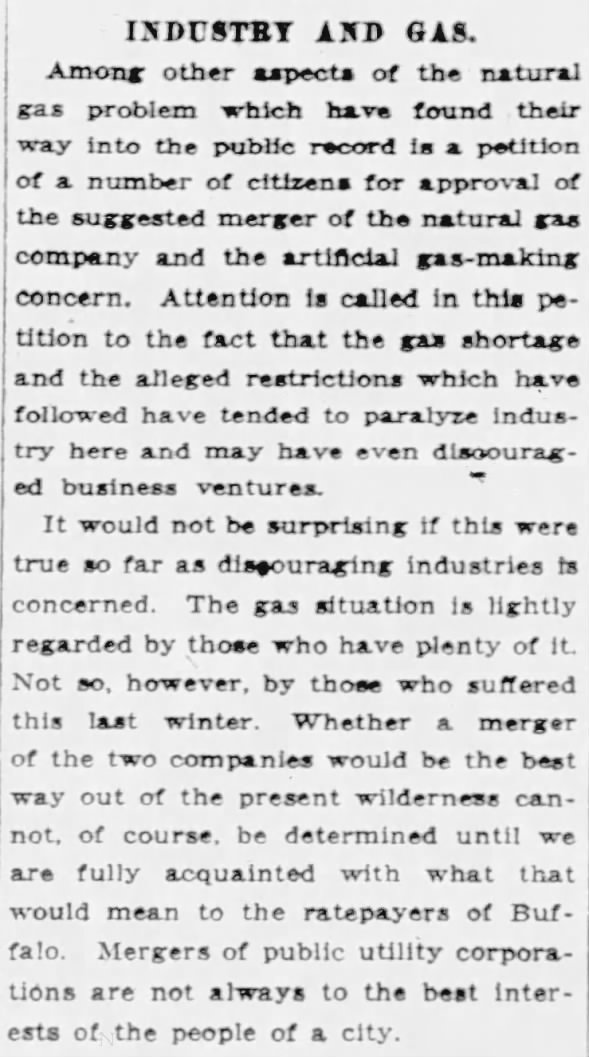 Yes, finding the way to deal with this new magnificent resource was a challenge, but it got done and natural gas is still delivering heat to a very cold and snowy Buffalo, something few other resources can do so efficiently, which is still true today.