I thought it might be fun and illuminating to look back 100 years ago at what was happening with natural gas. It is eye opening, given all we’ve learned over the last century. There is, indeed, little new under the sun, as our stories repeatedly demonstrate. Natural Gas – 100 Years Ago Today, October 21, 1922. Read our 100-year old news items on the subjects of saving millions, farm lighting, gas for Buffalo and a “good oiler.”

You Have Saved Millions!

Shawnee, Oklahoma residents had already saved millions by using natural gas according this ad from the Oklahoma Natural Gas Company. 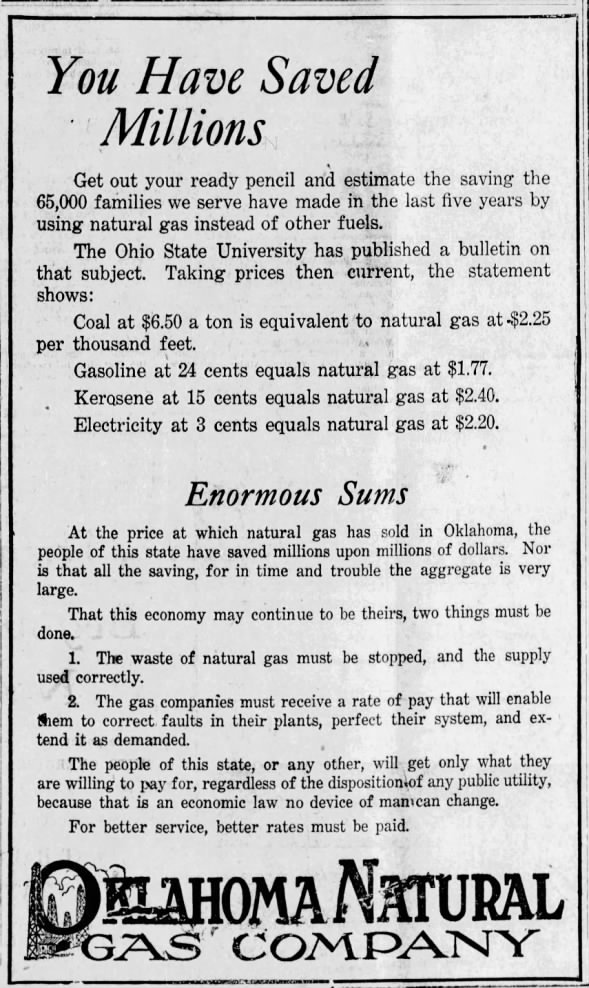 It’s hard to argue with the facts and they’re still true even though the numbers have changed.

Individual power plants were common in the old days as a way to produce electricity. We had one on our family farm, although it used oil and the little building it was in still stands.

Note the excitement as technology and natural gas brought electric lighting to farm homes. It’s difficult to imagine how far both have brought us and the fact some places are going back to burning firewood as solar and wind fail to deliver, Russia shuts off the gas and politically correct Europeans realize they should have fracked.

Buffalo Got Some Natural Gas 100 Years Ago

Here’s betting that natural gas service is keeping Bullalo residents warm today as they clean up from five feet of snow. Notice, too, where the gas was coming come; the Southern Tier of New York State where fracking is no longer allowed.

A Good Oiler As It Turns Out!

There was excitement in Ohio a century ago with a natural gas well throwing out large rocks as it was “shot” but then things changed. 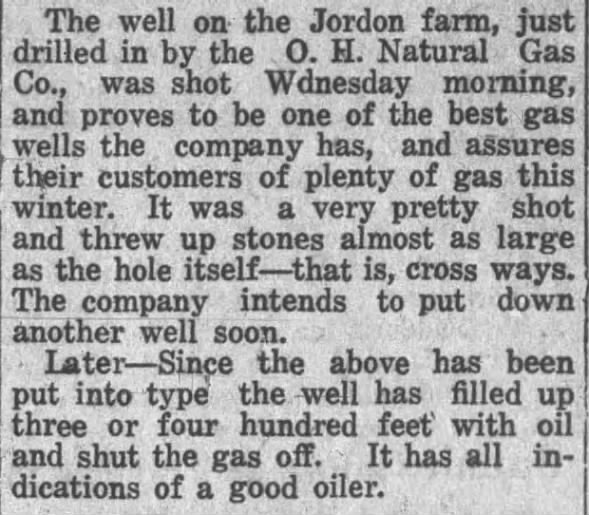 Presumably, a “good oiler” yielded both natural gas and oil over time but, regardless, oil was a good result and we can be sure that second well was also later drilled.