I thought it might be fun and illuminating to look back 100 years ago at what was happening with natural gas. It is eye opening, given all we’ve learned over the last century. There is, indeed, little new under the sun, as our stories repeatedly demonstrate. Natural Gas – 100 Years Ago Today, October 21, 1922. Read our 100-year old news items on the subjects of gas in the streets, a Canadian Number Two, Lock Haven leases and heaters again.

This is California, not Texas or Oklahoma or Louisiana or even Pennsylvania, and notice that a century ago, the Golden State was awash in oil and natural gas. all you had to do was dig if you lived in Long Beach. Indeed, the city was almost “taxless” due to the stuff! 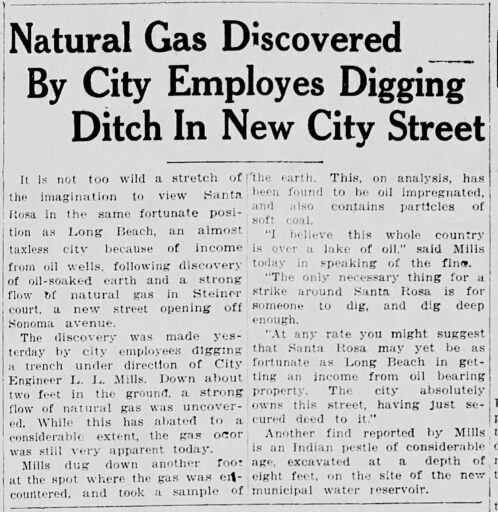 Today, of course, the Governor of California, pretty boy trust-funder Gavin Newsom, wants to end it all as he struggles for a reputation of leadership on the national and world stage as a jet-setting elitist of magnificent green virtues, and Californians suffer blackouts, brownouts, freedom suffocation and some of the highest energy prices in the land.

Meanwhile, Canadians from Alberta knew what they had with natural gas rights and were anxious to protect them! 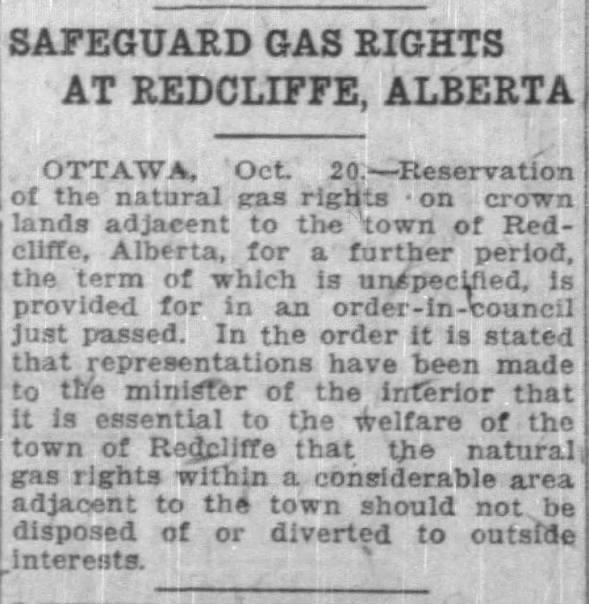 Once again, today, another pretty boy, the unbearably arrogant Justin Trudeau, also wants to destroy oil and natural gas for the same reasons as Gavin Newsom. He is a World Economic Forum trainee and, as a supposed WEF Wunderkind he hopes to advance from Number Two to take the place of the today’s Dr. Evil on the make-believe world stage. 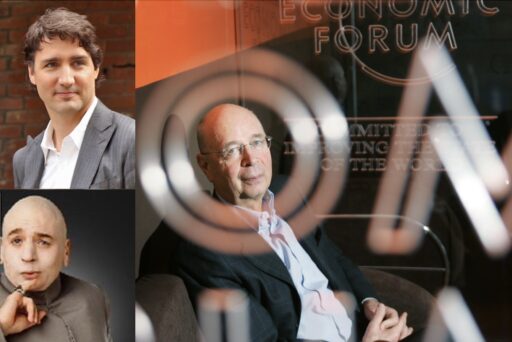 The resemblance between Klaus Schwab and Mike Myers, who played Dr. Evil, is quite stunning isn’t it? Just add the spectacles and a few years. And, Justin Trudeau, what will history say about him 100 years hence? Almost nothing, of course, because at the rate he and Klaus are going there won’t be a Canada to remember then.

And, Before Fracking There Was This in Central Pennsylvania

Pennsylvania’s oil and gas industry started in Northwest PA, of course, and that’s why we have an Oil City in Venango County where J.D. Rockefeller had an small office in the upper floor of the Transit Building there, but from there the industry grew outward and leasing of land for potential future oil and gas development was common across the Commonwealth, including in Clinton County: 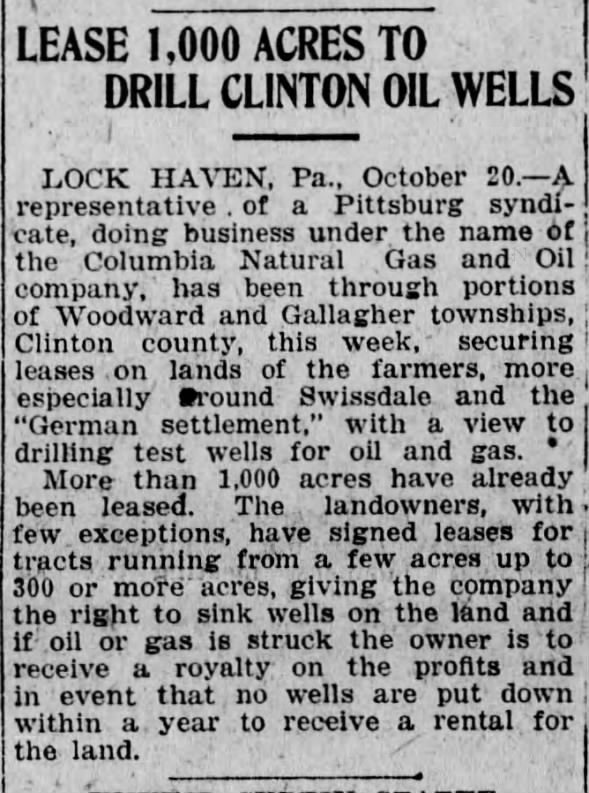 The last version of this weekly post included the second of two stories about the promotion of Radiantfire natural gas heaters, which were shaped like an easy chair! We included this advertisement: 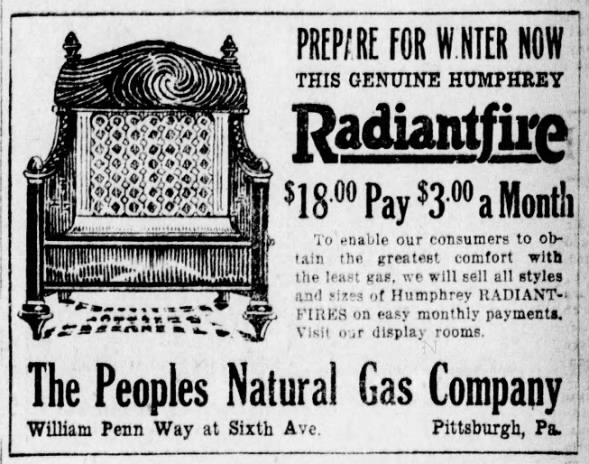 Well, as our good fortune would have it, our loyal reader and occasional guest blogger. Inge Grafe-Kieklak, bought one of these on an antique hunt and sent us a picture of the real thing: 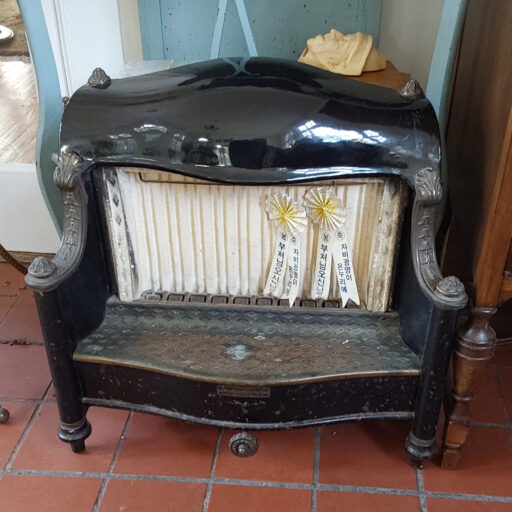 No, I don’t no what the ribbons say, but perhaps Inge will she some light on that!