I thought it might be fun and illuminating to look back 100 years ago at what was happening with natural gas. It is eye opening, given all we’ve learned over the last century. There is, indeed, little new under the sun, as our stories repeatedly demonstrate. Natural Gas – 100 Years Ago Today, October 21, 1922. Read our 100-year old news items on the subjects of natural gas entertainment in New York, under-appreciated natural gas in Texas and natural gas politics in West Virginia.

When Natural Gas Was Tavern Entertainment

Fredonia, New York was the birthplace of natural gas in America and that much has been well known for a long time but how many of you realized one of its first uses was for tavern entertainment? 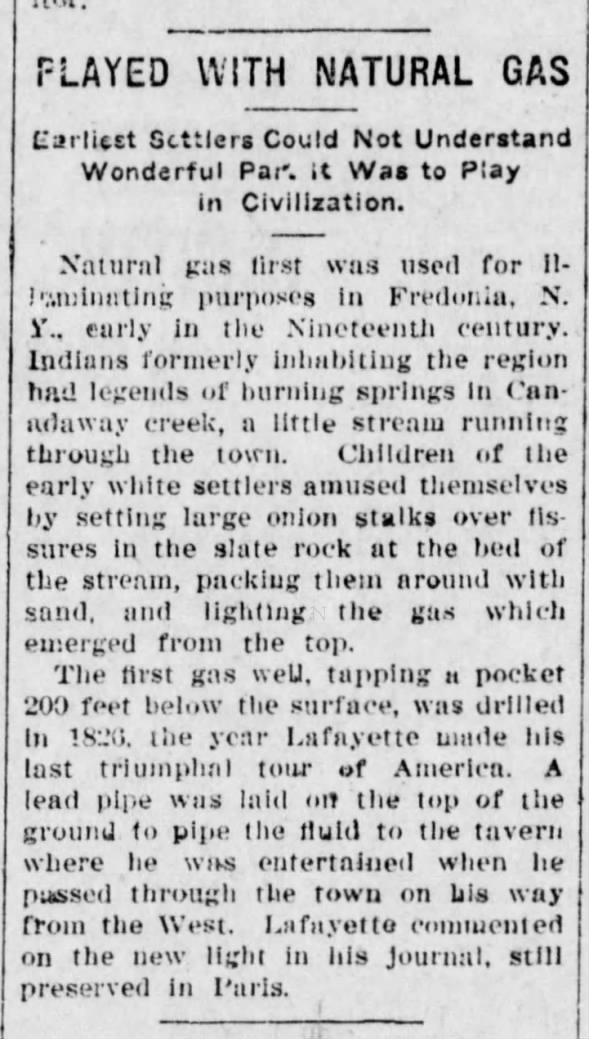 And, here is the Fredonia marker noting Lafayette’s visit and the historic role of the town in natural gas development: 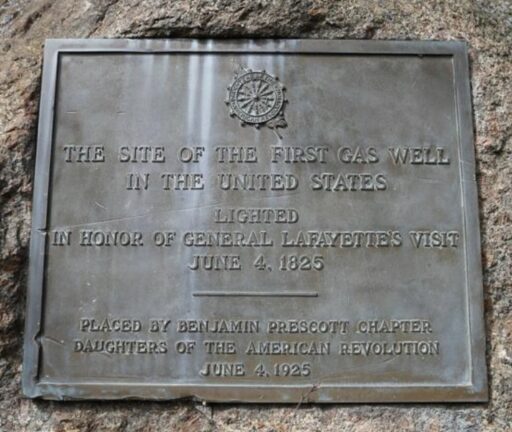 How sweet it is and in New York of all places!

Texas, of course, is the king of natural gas 100 years later, followed by Pennsylvania close on its heels.

There was a mid-term election a century ago, too, and the accusations, assertions and alibis were flying then as now: 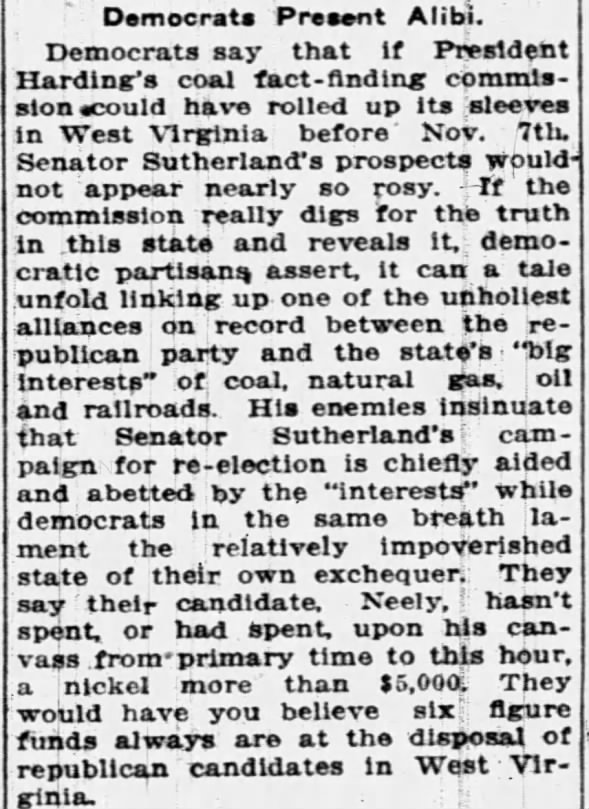 Senator Howard Sutherland, as it turns out, was defeated after only one term. His opponent, Matthew Neely, also served but one term, though, as another Republican who also served only one term replaced him as well. It seems West Virginians were hard to please in those days and then took the admirable course of regularly throwing the bums out. Let’s hope many bums get thrown out on November 8, 2022, too!