I thought it might be fun and illuminating to look back 100 years ago at what was happening with natural gas. It is eye opening, given all we’ve learned over the last century. There is, indeed, little new under the sun, as our stories repeatedly demonstrate. Read our 100-year old news items on the subjects of pipelines to Walla Walla, Louisiana exploration development and royalties to the Feds. 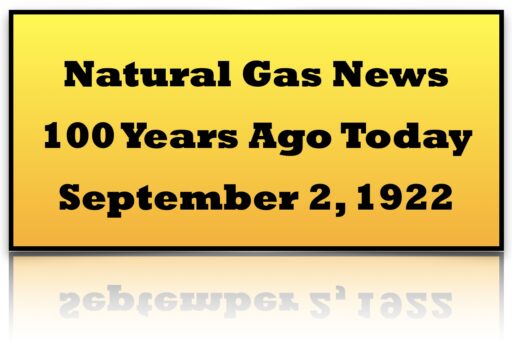 Walla Walla, named for the natives who resided along the Lewis and Clark trail, got natural gas in the 1920s: 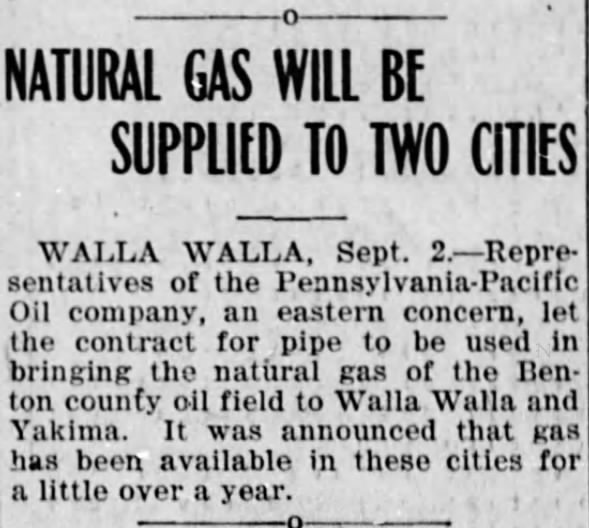 Whatever happened to the Pennsylvania-Pacific Oil Company that brought natural gas to Washington State, anyway? As usual, it’s not clear. Two companies, one named the Pennsylvania Oil Company and the other being the Pacific Oil Company, were issuing stock in early 1900s. Did they merge? Was there another company uniting the two names? Did they merge? There were oil companies galore at the time, indicating an exciting time for the natural gas and oil industry.

Meanwhile, Down in Louisiana They Explore for More

Several companies, including Standard Oil and Humble, now part of Exxon-Mobil, were exploring, developing and producing the stuff every community wanted:

Notice how much detail went into the natural gas stories at the time; every well was a story, in fact, because the resource was so valuable.

The Federal Government Starts Seeing the Rewards, As Well!

It wasn’t just consumers, drillers and investors who were benefiting. The government was also gaining new revenue, too.

That’s how it works with oil and natural gas development; it’s wins all around the table. Nothing much has changed a century later in that regard.