I thought it might be fun and illuminating to look back 100 years ago at what was happening with natural gas. It is eye opening, given all we’ve learned over the last century. There is, indeed, little new under the sun, as our stories repeatedly demonstrate. Read our 100-year old news items on the subjects of barbecues, Little Rock, Depew and streams with gas bubbles.

It’s hard to imagine today, when Gavin Newsom is busy leading California backwards in every possible, opposing fracking, ending gasoline-powered transportation and stifling the use of gas appliances, but a century ago citizens were celebrating the future of Fresno with a barbecue, beans and the biggest darned derrick you ever saw: 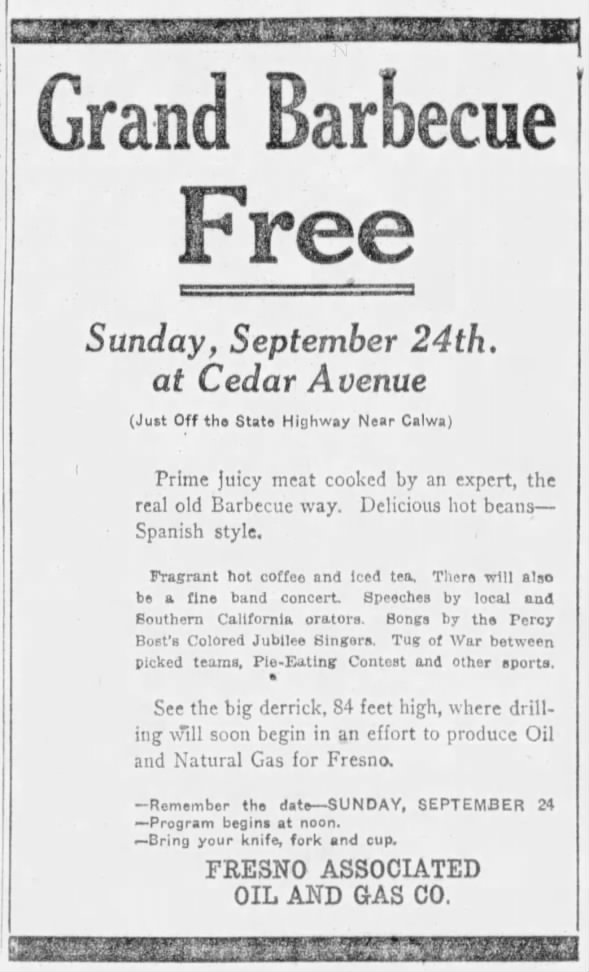 Arkansas was a bit ahead of California, though.

As the advertisement illustrates, natural gas development was already well along in the East and the South:

The novelty of gas, though, made it a subject of humor.

Only in New York! 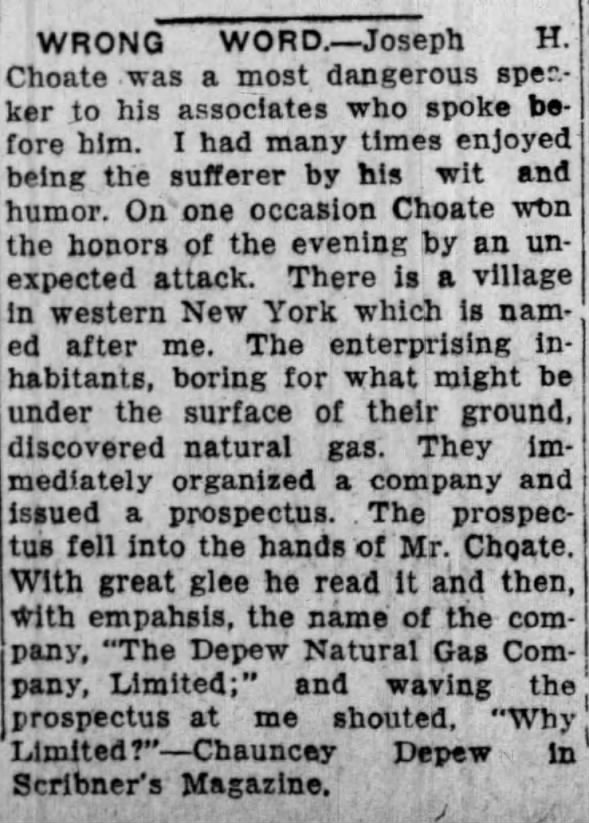 And, there really is a Depew, New York and there are still gas companies there, too!

Meanwhile, Gas Bubbles Up in Tennessee Streams Long Before Fracking

Yes, natural gas was often found in streams and water wells long before hydraulic fracturing was ever even a dream: 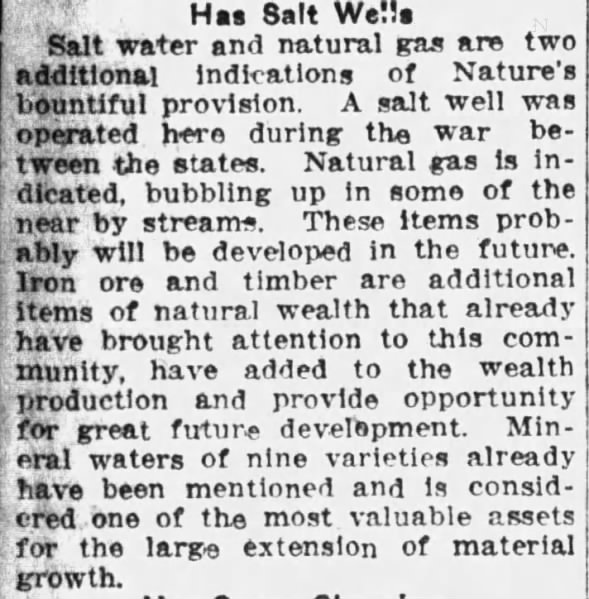 Who would have thought it? Well, most of us who’ve lived in the country, of course.