I thought it might be fun and illuminating to look back 100 years ago at what was happening with natural gas. It is eye opening, given all we’ve learned over the last century. There is, indeed, little new under the sun, as our stories repeatedly demonstrate. Read our 100-year old news items on the subjects of natural natural gas, city dads, heat in a minute  and Cat Creek Fever.

Well, yes, it is natural, as green as could be! 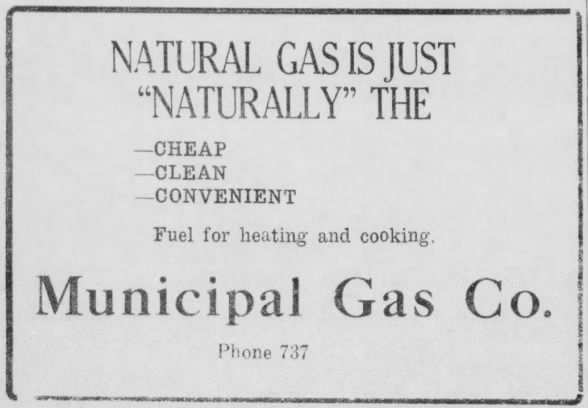 We need more of this sort of communication, don’t we?

“City Dads” is a phrase I’ve never heard before after more than four decades of work with municipal government, which is what caught my attention, but note this is yet another example of how natural gas has, for more than a century now, bringing prosperity to one town after another; Wilmington, Ohio in 1922 and several towns in Northeastern Pennsylvania over the last few years.

Note, also, the rate. It is equivalent to $29.22 in today’s dollars, illustrating what an incredible bargain natural gas has become over the years, with today’s actual price, as high as it is compared to a few years ago, being only $17.55 to less than 60% of 1922’s when it was also considered a steal!

Flood Your Room with Heat in Just One Minute!

Here is another of those Humphrey Radiantfire heater advertisements, this one from a hardware store in Dunkirk, New York: 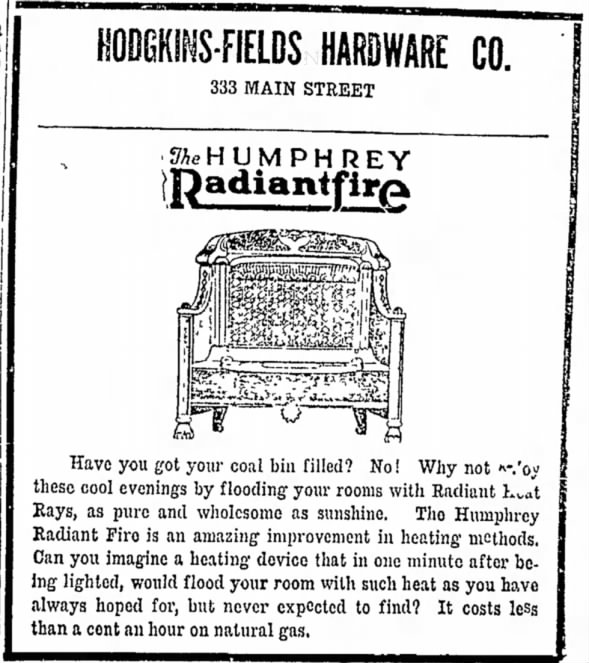 Dunkirk, of course, is not that far from where the natural gas story began in Western New York. Sadly, today, a century later New York wants nothing to do with natural gas (until they need it badly, of course, which is on the horizon).

Cat scratch fever or cat creek fever? You be the judge: 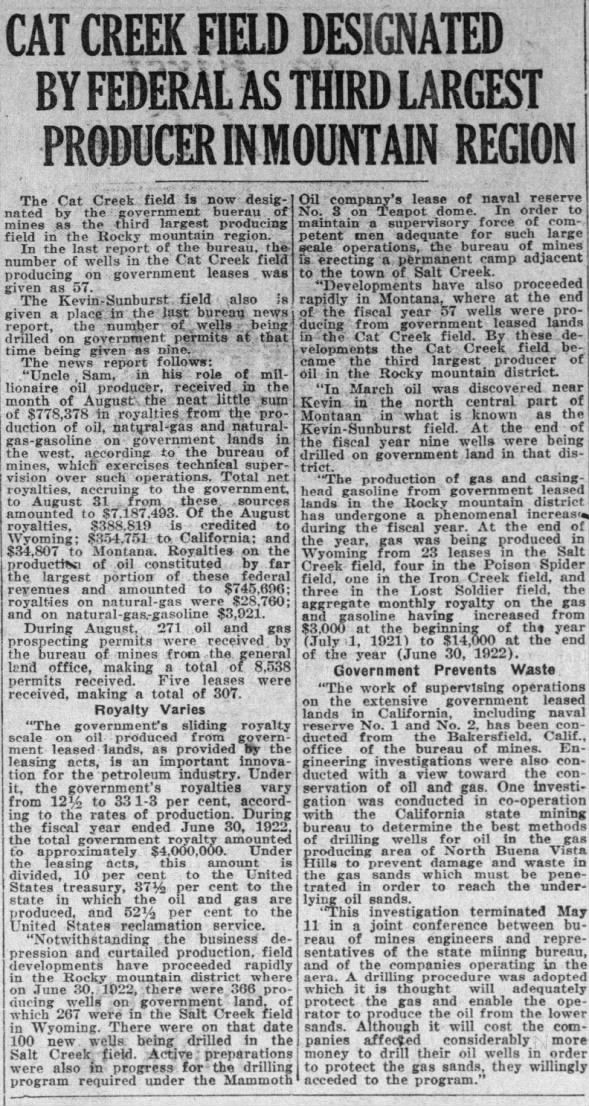 Note that while oil was the big thing, natural gas was also important in Cat Creek!