Natural gas benefits to shale region communities all accross Pennsylvania are simply huge. That was the message heard at Think About Energy. 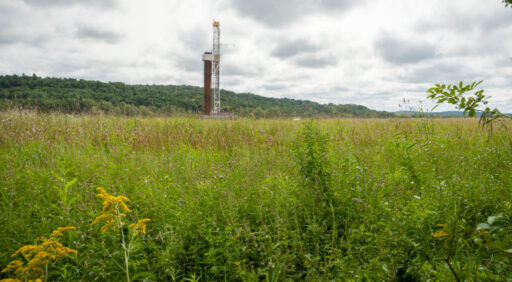 “We want to make certain that everyone has a real good sense of the positive stories that are taking place,” Stark said at the onset of the hour-long broadcast. “You’re going to get a real appreciation for how this industry has moved Pennsylvania forward.”

Stark moved from west to east with the panel for opening remarks, then addressed the participants randomly as questions came in from audience members and responses converged.

Kotula said the natural gas benefits had “an all-encompassing effect” on Washington county. “They’ve really become a great part of our community.” Gas drilling and the businesses that walk hand-in-hand have brought new residents who are building new homes and who are engaged with local schools and other community organizations. Just as important, long-time residents and business owners have experienced growth as retailers and suppliers. 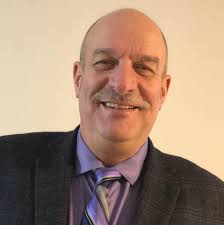 Hall told a similar story of booming businesses as an indirect benefit of gas production. “Hardware stores that have tripled in size,” he offered as an example. “It’s a trickle down effect.” In addition to the millions of dollars in Act 13 disbursements returned to state, county and municipal governments for investments, $2 billion in gas royalties have helped farmers there enhance their herd stock, construct new buildings and update technologies and equipment. Contrary to the rhetoric that gas drilling destroys property value, cost per acreage in Susquehanna County has risen from $600 to more than $10,000 in the past 10 years, Hall stated.

Fink related that the gas industry could not have arrived at a better time to lift Lycoming County’s sagging economy. “We’re very excited to see how this has grown over the last decade,” he remarked. Chamber and elected officials developed a better understanding of what jobs were available and how family-sustaining wages would impact the greater community. “It was very fortunate for us to have opportunities for people to jump into a new industry.”

“We tend to forget that these places were not always booming,” Stark said of the importance of the conversation.

Panelists expressed their gratitude as well for the investments of Cabot, Williams and other companies in education, from fourth graders navigating the Mobile Oilfield Learning Unit (MOLU) to high school graduates enrolling at the School of Petroleum & Natural Gas and a CDL training center in the middle of the Susquehanna County gas fields. Fink credited Shell Oil Company for partnering with Williamsport’s Penn College for courses in the production of plastics and polymers. “Their investments in state-of-the-art equipment are on par with what the students will use upon graduation and moving into the workforce,” he noted.

“When they came to us, we had to be receptive to what their ideas were because we wanted them to succeed,” Kotula recalled of the arrival of the gas companies. “By the same token, they want us to succeed as a county as well. That takes a true partnership.”