Natural gas consumption by the electric power sector keeps steadily rising, year after year, showing there is no better source of power than the clean blue fuel.

Today In Energy has documented the tremendous success of the Shale Revolution with data, more data and irrefutable facts that cannot be ignored. Here is the heart of the story:

A review of this data for the last two decades (January, 2021 through January, 2022) shows a steady upward trend: 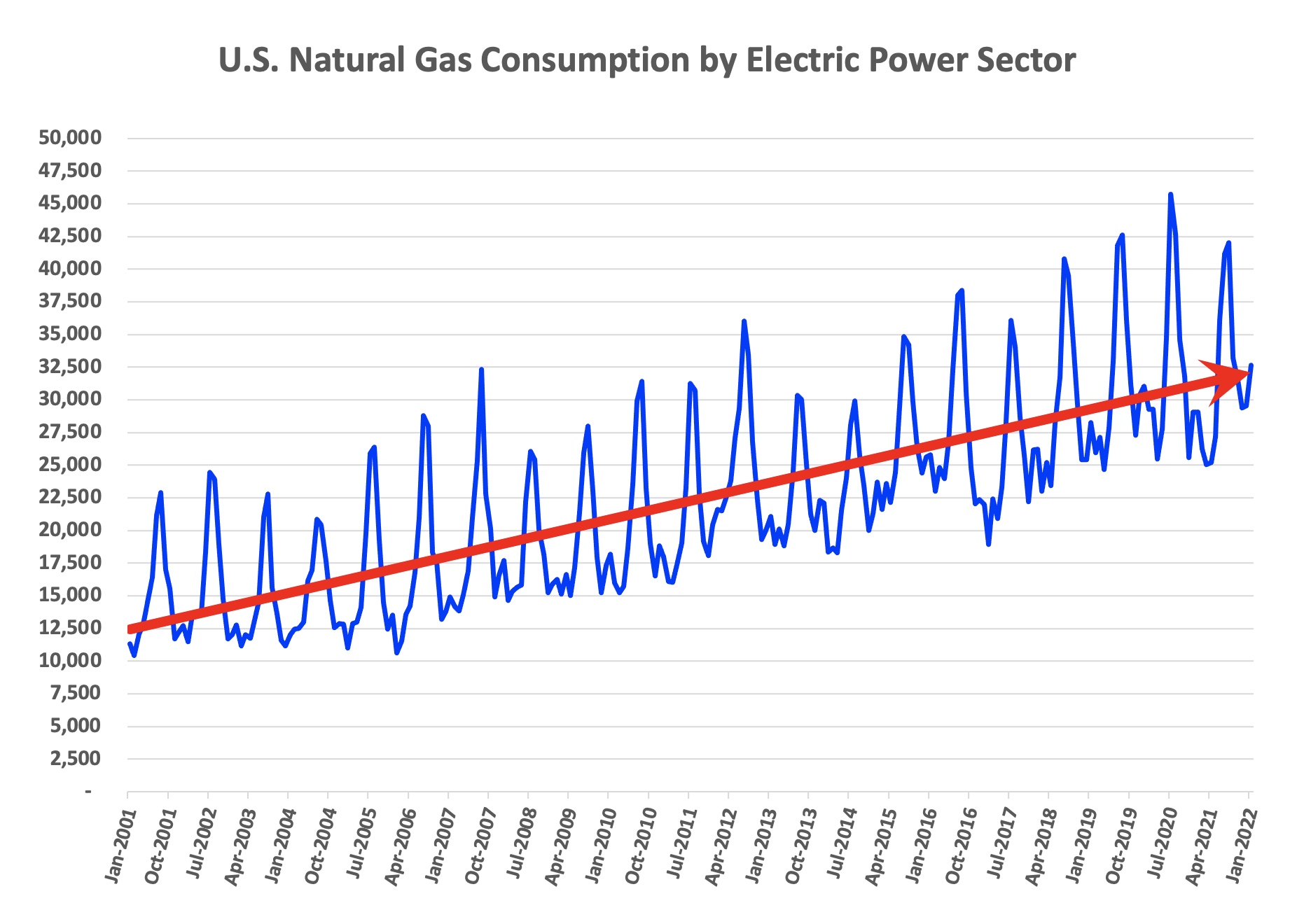 Notice the effect of the shale revolution of natural gas consumption by the power sector, starting about 2007. Usage varies over each year but the overall pattern (plotted as a linear trend) shows steady growth at a fairly constant rate.

More information from this data-driven post at Today In Energy follows:

This past January was the coldest January since 2014, which resulted in the highest monthly electricity demand for any January on record. In January 2022, natural gas-fired generators provided 36% of the nation’s electricity, and coal provided 23%. In the previous five Januaries (2017–21), those shares had been much more similar: natural gas at 33% and coal at 27%, on average.

In the electric power sector, natural gas-fired generation units typically compete with coal-fired generation units to provide the lowest-cost wholesale electricity price for power suppliers. Natural gas-fired electric power generation has been higher this past winter than recent winters, in part, because of coal supply constraints and historically low levels of coal stocks at power plants. Coal stocks for the electric power sector fell to 80 million tons in September 2021, which is 37% lower than the five-year average. Recent wholesale power market consumption of unusually high-priced natural gas indicates that the competition between these two energy sources has changed.

Two additional charts direct from the post further illustrate. This one shows natural gas consumption by electric power producers is up both absolutely and relative to other fuel sources. Both it and coal grew more than renewables (including hydro) and nuclear is essentially unchanged.

Combined cycle plants with high capacity factors have been taking market share from coal, being the only truly economical, efficient and clean alternative to the latter. 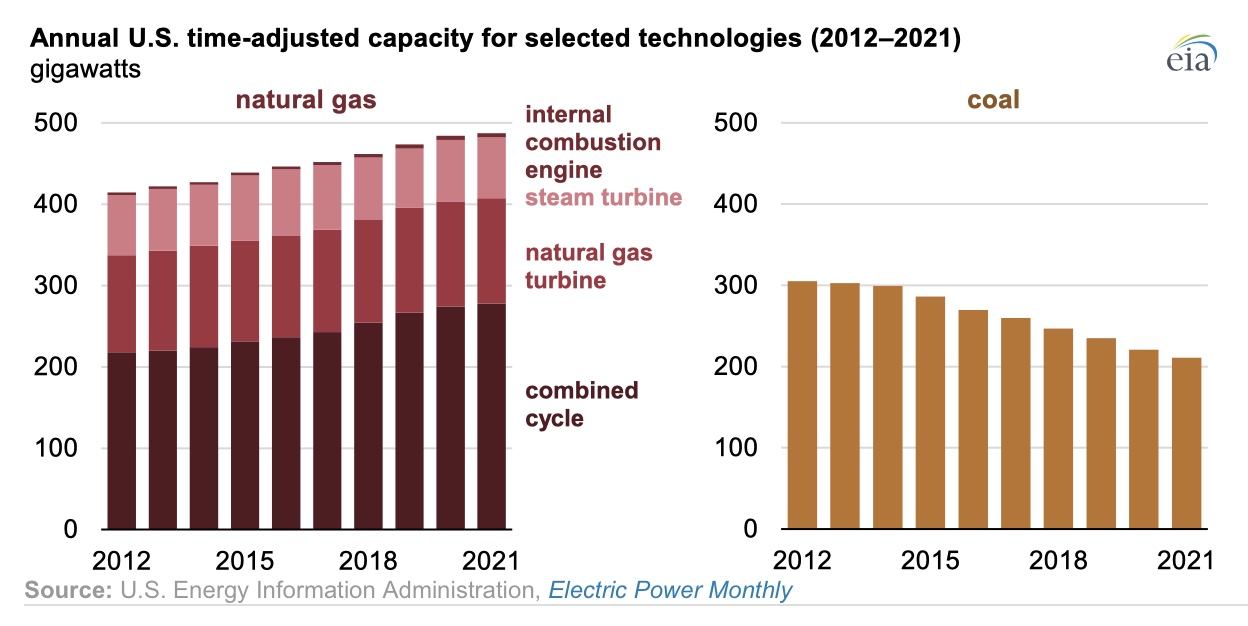 What the data show, in total, is that natural gas consumption is fueling American power production on a scale unmatched by anything else whatsoever. You knew that, of course, but it’s nice to see the proof, isn’t it?