Run ’em Over with Their Own Tactics!

Pennsylvania State Rep. Daryl Metcalfe speaks candidly regarding a proposal from a fellow State Rep to study why the Philadelphia port isn’t being used to ship out our natural gas:

“I don’t think it should take a lot of study to understand that when you have a city that has a port, that they should be an area that you look to put one of these types of facilities that are going to be needed to help Europe in the wake of Russia’s attack on Ukraine and the commitment that Biden made to have more liquid natural gas provided to Europe in the future. 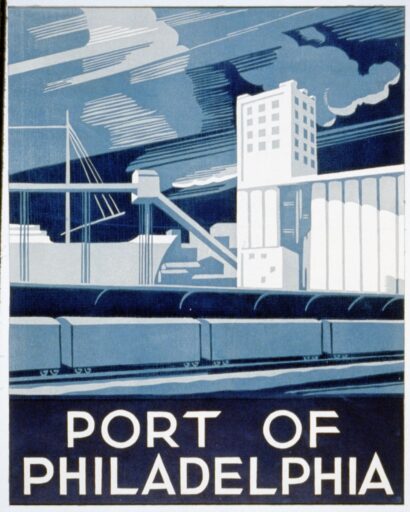 “I think this NIMBY attitude that occurs with pipelines going through New York or with facilities being located in Philadelphia, the not in my backyard people, I think they ought to be run over with policy changes by the federal government and state government that are in the best interest of the citizens of this nation and best interest of our national security.

“This is a national security issue, but NIMBYs should have no input on not allowing this in their backyard when it’s a viable alternative just ’cause they don’t want it there.

“If there’s a port there and it can be utilized to export liquid natural gas, we should be using it, and we shouldn’t allow delays to occur with environmental groups or not in my backyard types or anybody else.

“Policy should be pushed through that’s going to protect this nation, and those that are standing in the way of it just need to be ignored and politically ran over.”

Metcalfe is a plain speaker and his remarks, no doubt, shocked Democrats and “me too” Republicans, but he’s 100% correct and Democrats talk this way 100% of the time.  It’s time to use the levers of government to get things done instead of frustrating them.

Is Coal the Enemy? Or, Fossil Fuels Haters

Not everyone agrees with a recent post here by our friend Garland Thompson, so here is another view:

Today, coal — and the modern technology that makes it a clean energy source — promises to alleviate crushing poverty for millions in developing countries who have no or little access to electricity. Who breathe polluted indoor air from burning animal dung and wood to heat and cook, sit in the dark unable to study at night, carry drinking water for miles, die for lack of nourishment or proper medical care.

So, when EQT Corp. CEO Toby Rice declares war on “international coal,” we can only conclude that he misunderstands much of the world.

Mr. Rice’s attack is in a promotion of natural gas, of which his company is the country’s largest producer. We laud his efforts to expand production of this marvelous fuel and to build pipelines and other infrastructure to transport it to markets. Greater availability of U.S. gas would be beneficial to New Englanders now importing expensive foreign gas and to Europeans reliant on a hostile Russia — and to many others.

However, describing, as he does in a marketing presentation, international coal use as the “world’s largest problem” in the context of “climate efforts” reveals a naïveté that is embarrassing and unhelpful.

First, there is no need to succumb to the foolishness of climate alarmists fanning fears of carbon dioxide, a harmless gas and the most important of all plant foods. With more than twice the energy density of coal and being the inherently cleaner-burning fuel, natural gas has plenty of competitive advantages. 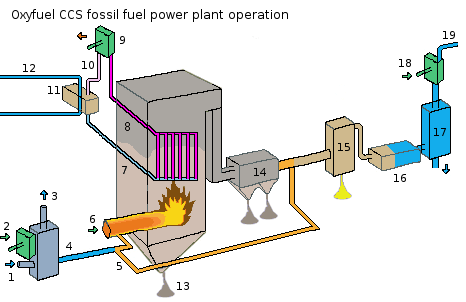 Coal-fired plants are often built on top of coal deposits, minimizing the cost of transportation. The boilers of modern plants heat water to “ultra-super critical” temperatures — hundreds of degrees above its boiling point — making the conversion of heat to electricity more efficient — 40 percent versus 33 percent. This efficiency — combined with highly effective pollution controls that reduce emissions to mostly water vapor and carbon dioxide — results in electricity that is economical, reliable and environmentally friendly. There are now hundreds of such plants in the world…

Mr. Rice is by no means alone in his muddle over the climate issue. None other than Cecil Roberts, president of the United Mine Workers of America, recently promoted government programs for reducing atmospheric carbon dioxide. “The need to ramp up domestic energy production is clear. But that shouldn’t’ mean we have to throw away decades of progress in dramatically reducing greenhouse gas emissions in the United States,” said Mr. Roberts.

Perhaps the most fundamental error of the likes of Messrs. Rice and Roberts is their failure to recognize that the most ardent of the climate cult care not a whit about carbon dioxide or the environment. They want control of energy markets and of the world’s people who need them. And no amount of appeasement will change that.

…They will be coming after you and your company in due time, Mr. Rice.

What do you, our readers, think?

Well, this is interesting; innovation abounds in fossil fuels!

Uniper, one of the world’s largest energy producers, announced in 2020 it planned to become carbon neutral by 2035. The company has already cooperated with GE Gas Power to improve the efficiency of its Enfield power plant, north of London. Now the two companies will be working together to help lower carbon emissions at Uniper’s newest combined-cycle power plant in the U.K.

“Investigating lower-carbon options for gas turbines could help the power generation industry reduce its carbon emissions over the next decade, and blending hydrogen with natural gas to lower carbon emissions is one of the options we’re exploring,” said Ian Rogers, who runs Uniper’s Asset Improvement and Making Net Zero Possible project. He added that “this project marks a tangible step toward the decarbonization of our gas assets.”

Russia’s war on Ukraine is changing the geopolitics of the world. The delicate situation calls for agility and improvising to adjust to a crisis that could quickly become ugly. The Biden Administration and Western Europe have imposed sanctions as part of a strategy to end the war.

However, the administration is also applying “sanctions” upon the American energy industry to serve the ideology of the climate-change left. America cannot win a war if it turns against itself.

President Biden is waging war on American energy, and his administration is doing everything possible to discourage production. It can’t not know what it is doing.

A recent decision by the Securities and Exchange Commission (SEC) is a case in point. The Democrat-dominated body voted to advance a proposed rule that will wreak havoc on energy producers — right when they need to increase production to offset sanctioned Russian supplies.

Biden is a disaster being exploited by the world’s elites to steal America blind and dispense with it, so they can have the world to themselves. This short video from an Australian Senator nicely explains who Biden really serves:

See what I mean? Here’s more.