New Jersey is a hopeless state these days; run by the latest in a series of awful governors from Goldman Sachs (Corzine and Murphy)  and the corrupt Justice Department (Christie). It is now little more than a playground for grifters such as the solar fellow below who wants a little more, but when even the State Rate Counsel, who typically hangs with climate cultist crowd, suggest it’s too big a bite, you know the grifters pushing the envelope:

The state is debating whether to accelerate New Jersey’s transition to clean energy, a step advocates say is necessary due to a worsening climate crisis, but some fear it could boost already high energy bills for consumers…

Both bills would sharply curtail the state’s reliance on fossil fuels, probably the most contested part of New Jersey’s Energy Master Plan, which aims to have the state rely 100% on clean energy by 2050. The plan has gotten increasing pushback from the fossil-fuel sector, which provides natural gas to heat more than 80% of the homes in New Jersey.

The other bill would ramp up the state’s reliance on clean energy, reflecting Sen. Bob Smith’s insistence the state is especially vulnerable to the impacts of climate change. New Jersey needs to transition to clean energy faster than its current pace, argued Smith (D-Middlesex) who heads  the Senate Environment and Energy Committee.

His bill would speed the state’s transition to clean energy to 2045, instead of 2050. It also would require that 50% of power used by New Jersey companies by 2030 be generated in-state, a provision that sparked disputes about whether it would increase or lower costs to New Jersey ratepayers who subsidize renewable energy.

Rate Counsel director Brian Lipman, in a statement submitted to the joint committees, said the measure would have a significant financial impact on ratepayers. Its preliminary analysis of the bill shows it will add between $295 million and $590 million to the cost ratepayers will have to pay each year to comply with the state’s renewable-portfolio standard.

But Fred DeSanti, executive director of the New Jersey Solar Energy Coalition, argued otherwise. He contended provisions in the bill will allow the state to achieve the administration’s clean-energy goals 15 years before its current target of 2050 and 10 years ahead of the goals in the legislation. 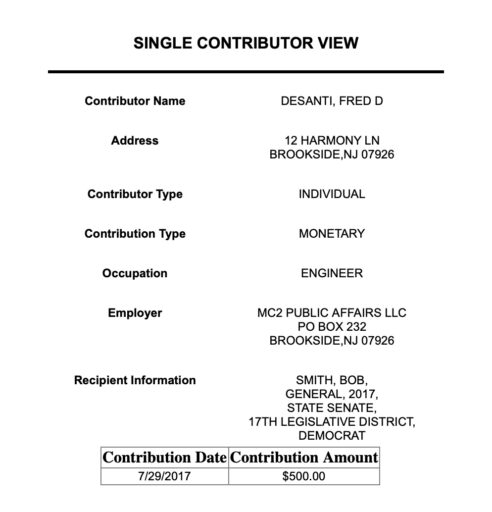 Instead of increasing costs to ratepayers, DeSanti argued it would save utility customers approximately $250 million a year, because of various provisions in the bill.

For the most part, renewable-energy advocates backed the bill, but solar developers said the measure creates unintended consequences for those who invested in the sector as the state begins to promote the technology. They plan to come back to the Legislature to seek amendments when the bill is scheduled for a vote.

So, Garden Staters will be stuck with still higher electric bills to subsidize the grifters who contribute to the campaigns of the politicians providing the grift. This is the rot that is New Jersey state government.

But, Green Grifters and BlackRock Run Into Texas State Buzzsaw

The outrageous ESG tyranny of grifting companies such as BlackRock is getting pushback in multiple states, Wyoming being a great example.

Jason Isaac, Director of Life:Powered, a national initiative of the Texas Public Policy Foundation to raise America’s energy IQ, joined Jason Spiess to talk about how Texas became the first state to break through on the ESG Narrative allowing fossil fuels to have a seat at the table.

“We were the first state to actually get it passed and we are currently working and helping educate policy makers in other states around the country,” Isaac said. “It’s great because the leftist environmentalist climate cult media is starting to write about this and their alarm sensors are up because we got this done in Texas.” 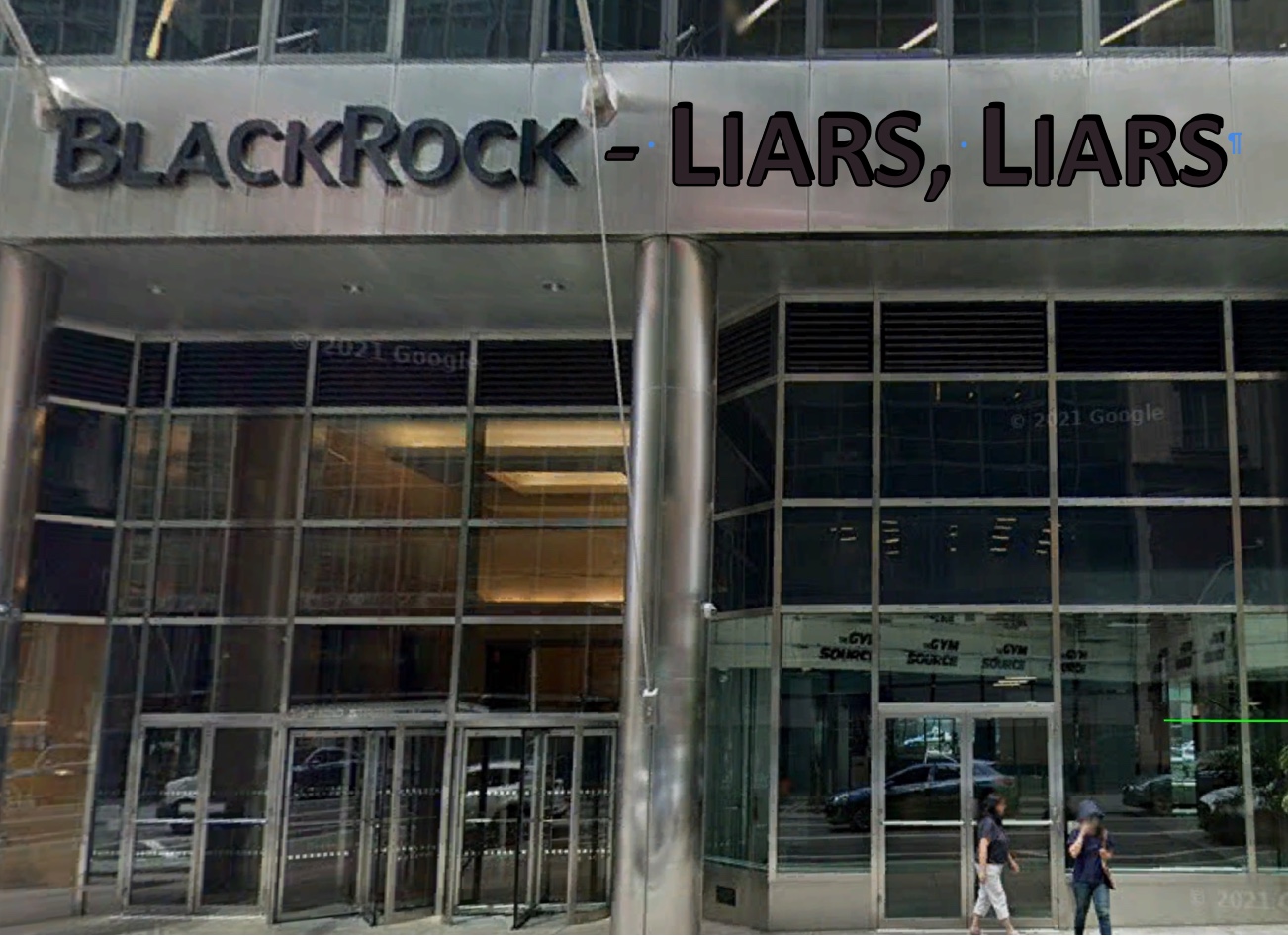 Isaac continues explaining the difference between Texas and states who tried but failed in passing similar legislation.  He also explained how municipalities and the state are tied to companies like BlackRock and Bank of the West.

BlackRock is an example of what Nick DeIuliis calls the “Leech Class” in his wonderful book Precipice and it’s nice to see the phony ESG program being rejected, as it is nothing but cover for corporatism and globalist theft from the middle class.

Spoiled Brats, Embarrassed by Underserved Wealth, Pretend to Be Rebels!

Trust-funders are the archetypical useful idiots. Load with with guilt at having been spoiled with wealth they had nothiing whatsoever to with creating and with capacity to do it on their own, they are driven to do two things.

First, they seek to protect themselves from what they perceive might be a public ready to hang them if they don’t take the public side in debates. They want look like advocates for those their families supposedly oppressed as a way to say “it wasn’t me.” Making a public display of their theoretical rejection of their ancestors’ ways is, to their minds, an effective manner of shedding responsibility, while looking responsible no less.

Secondly, to ardently desire to protect what they enjoy as the landed gentry ruling class and to set the stage for new types of the very exploitation they want us to believe they have abandoned. They desire to be viewed as St. Francis, but without giving away anything or resorting to the sackcloth.

These characteristics make them perfect targets for Klaus Schwab types who have serious cases of World Ruler and Owner of All Fantasy Disease as the following story illustrates:

Three American oil scions have been bankrolling mobs of eco-zealots who have terrorized the world by slashing tires, blocking traffic and attacking firms.

Aileen Getty, Rebecca Rockefeller Lambert and Peter Gill Case, who are heirs to their families’ huge fortunes, are paying the salaries for thugs through their non-profits in an apparent bid to offset their relatives’ legacies.

Getty, whose grandfather created Getty Oil, has so far splashed out $1million through her California-based Climate Emergency Fund. 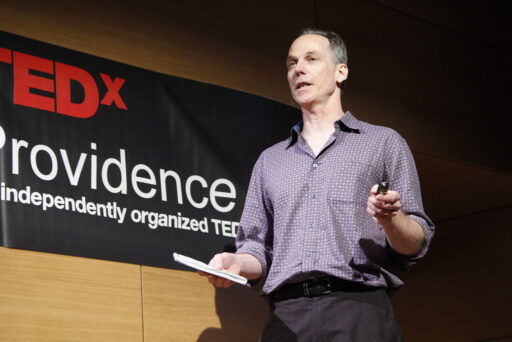 Lambert and Case, who are both members of the Rockefeller dynasty that founded Standard Oil in 1870, have forked out $30million on The Equation Campaign.

They have put eco-activists from groups such as Just Stop Oil on the payroll for around $25,000 each as well as pumped money into the organizations themselves.

It comes as eco-warriors have been continuing to wreak havoc across the world in recent months, including in the US, Europe, the UK and Australia.

SUV cars tires have been slashed in America, Britain and Australia, while famous oil paintings have been targeted in EU countries.

Let’s also not forget the Rockefellers have major interests in China. It’s ultimately all the power and the money, whatever these three spoiled children may think.